Difficult People: Effecting Change in How We Handle This Fact of Life 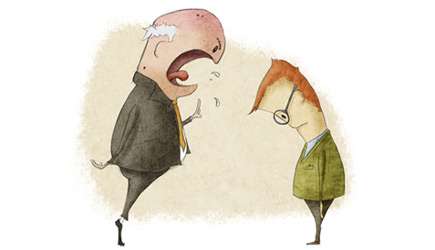 The American Bar Association this year included a brief article in its October Journal under Law Office Management highlighting a Stanford University study and article by Professor Robert Sutton concerning the effect of “jerks” in the workplace. One of the conclusions made from various studies outlined in the article was that people identified as “pessimists and angry or nasty people” will reduce overall productivity of the entire department by 30% to 40%. “Negative workers” bring down enthusiasm and change the mood of a group. This principle is applicable to innumerable settings according to the article.

In her article “The High Art of Handling Problem People” (Psychology Today, June, 2012), Hara Estroff Marano identifies who the troubled and troublemakers are and alerts us that some types seem to be on the rise. They include “the hostile, the neurotic … and those whose egos are too involved in everything.” Individuals with these char- acteristics bring down those around them and create hostile situations unnecessarily. Productivity and success are crippled when these behaviors are in play.

The legal arena provides fertile ground for these negative traits. A recent ABA Journal article (November, 2012) discussed a study revealing there are many psychopaths at- tracted to the legal field. Few other forums produce as many circumstances where the worst in people is exposed. The Judicial System suffers as a result. Clients expecting to be served in a system of justice find them- selves in a system fueling the fire of negative emotions and conduct. Whether attorneys or parties being prone to negative traits are drawn to the profession and combative system, or whether dormant negative traits are drawn out because of the setting, there is certainly ample opportunity to learn how to deal with these types of individuals.

The first thing not to do is react in kind. It is the single worst mistake but is normally the first reaction coming to mind. Author Hara Marano reminds us that “It takes a great deal of emotional maturity to interact with someone very intense or angry.” The same is true with the other challenging traits as well. These difficult individuals have gotten used to others reacting in a certain way with them.

Often others either lack emotional intelli- gence or just don’t care to practice it with a difficult person. They too react in a negative fashion. Because of this, the troublemaker is usually stunned when someone reacts differ- ently or does not seem to react at all. They normally become disarmed as they attempt to understand what is happening. They are not getting the response they expect. They may intensify their rude behavior but even- tually realize it will not have the emotional affect they desired or are accustomed to. Either way, they don’t get what they want from it.

The key appears to be doing that which is counter-intuitive. In this way, the process that is or would be impaired by negative be- havior is not. This, of course, is conditioned upon the interaction continuing. Whether it continues is usually left to the would-be troublemaker. Most often they will go on even if their tactics or tantrums are failing them. In a recent divorce mediation, the husband stood up over his wife and spewed his anger at her. She sat calmly and said, “stop it – please sit down and be civil.” She wasn’t rattled. It was she who was in control rather than the one attempting to intimidate. The husband’s tactics did not work. The mediation went forward and a settlement was reached.

We also should not assume beforehand that a person will be difficult due to our precon- ceptions. In mediating a matter with a world champion Ultimate Fighter, I found that he was not at all what I had expected and the matter settled without hostility. We can cause negative behavior by treating someone as if they are being difficult before they actually are.

In addition to not reacting in kind or exhibiting difficult behavior ourselves in response to another’s rude behavior, we can take another counter-intuitive approach which is usually quite productive: act positively toward the person. You can actually mean it if you wish (and it’s usually better if you do). Realize that usually a person whose ego is out-of-whack or who is excruciatingly negative or rude cannot be having a great life. I internally express thanks I’m not liv- ing in their head; and I certainly don’t want them occupying space in mine. You may not exchange birthday presents or become best friends but in the time you work with each other, you will almost always find the “going is easier” and the prospect of a positive result for your client increases exponentially. This is, after all, the goal.

There is hope and evidence of change in the legal profession. One is the advent of media- tion. The other is the result of ongoing efforts to dissuade and eventually eliminate hostility and shameful behavior by lawyers and others in the judicial system.

We are able to change how we do business in the legal profession. Studies and propos- als for change of the hostile environment have been underway for some time. Civility Rules adopted in Califor- nia clearly recognize the pervasive negative influence difficult people have on the courts and profession. This has been one means to deter and eliminate it.

Just as studies have shown that getting rid of one or a few of the difficult individuals in an organization or business dramatically increases overall productivity, so does chang- ing the environment in our Judicial System.

As attorneys and others in the system have altered their approaches and become more civil in their interactions, it has become less popular to be an outwardly hostile egoma- niac. The most formidable foe it turns out is the one with quiet confidence, who dem- onstrates his or her abilities through their work. Blowhards seem to be compensating for a lack of skill and ability or for taking an untenable position.

Mediation has also been effective in chang- ing the emotional environment. Success for a client is achieved far more effectively by at- torneys who demonstrate social and emotion- al intelligence and who have the ability to be problem solvers. Surveys demonstrate that parties are overwhelmingly more satisfied by the opportunity to negotiate in a positive setting with lawyers who are civil. The rush of excitement when their lawyer is rude and obnoxious fades into disappointment when nothing positive is achieved.

Rules of Civility and mediation, however, have not erased the ubiquitous few difficult persons in the process, whether it’s a lawyer or a party. These individuals are either incapable of recognizing their behavior and the negative impact it has for themselves and their client or they know and don’t care. Whether ignorance, a sociopathic tendency, or an intention to be difficult is the cause, we are left to deal with the problem. Doing so intelligently is the key.

Should we negotiate with the Taliban?
Announcement: 4th Indian Vis Pre-moot
When Imperfect is Good Enough

David C. Peterson
David C. Peterson is a full-time mediator on the Central Coast beginning in 1995 and mediating over 1,800 cases. After a 20+ year litigation career, he obtained a Master’s degree and then LLM degree in Mediation from Pepperdine University School of Law, Straus Institute for Dispute resolution (rated #1 by U.S. News & World Report) where he has taught Mediation Theory and Practice. He is head of the ADR Sections in Santa Barbara and San Luis Obispo (now co-chair).
This website uses cookies to improve your experience. We'll assume you're ok with this, but you can opt-out if you wish. Cookie settingsACCEPT
Privacy & Cookies Policy