Is It An Advantage Or A Disadvantage To Be An Attorney Mediator? 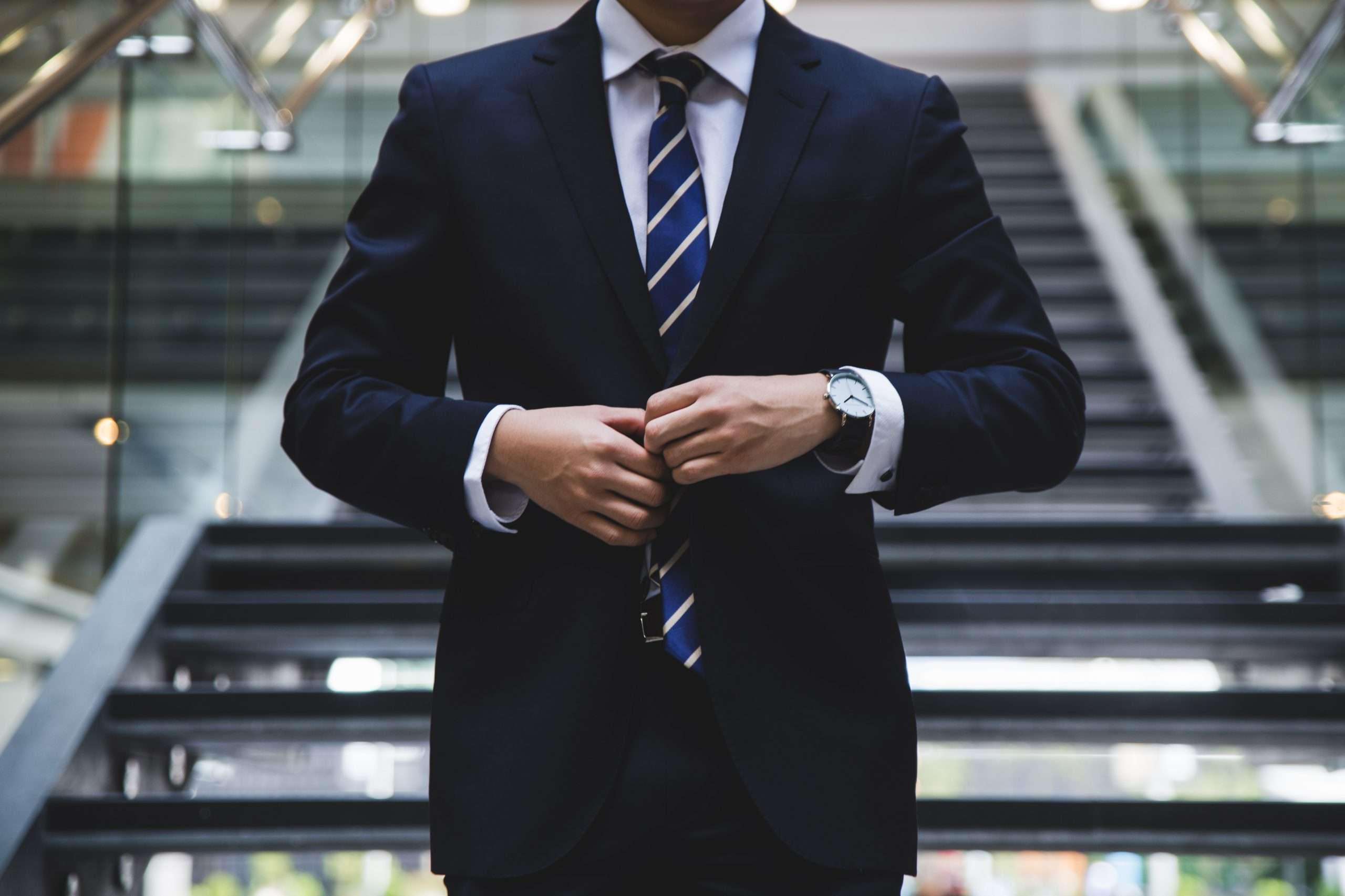 Is It An Advantage Or A Disadvantage To Be An Attorney Mediator?

Almost everyone has been a mediator. It’s true. If you have stepped into a dispute that had nothing to do with you, and tried to help friends, family, neighbors or coworkers to resolve their differences, you have been a mediator. The custom of using a respected elder to help disputants reach agreement has been going on for thousands of years.Mediation is just something we do as social creatures

The practice of mediation as a profession has been growing for half a century, at least. For most of that time, practitioners and consumers have been debating what, if any, qualifications should be required of professional mediators. There are those who argue that requiring licensure will necessarily freeze mediation into the patterns of the past, stifling growth and creativity.

Others insist that some kind of qualification is necessary to protect the public from unscrupulous and untrained charlatans.

One of the more hotly contested issues surrounding the question of qualifications for mediators is whether it is preferable for mediators to be attorneys. In many jurisdictions, a law degree required for inclusion on a list of court-approved mediators. While most courts allow disputants to use any mediator, non-attorney mediators are often not even considered by court-referred parties. For most people (and their attorneys) it is easier to pick a mediator from the court-approved list than do their own research.

The common requirement by court annexed mediation programs that approved mediators who are experienced attorneys rests on two disputed assumptions. The first is m that mediation is a natural extension of legal education and practice, readily picked up by attorneys. The second is that because most disputes take place against a legal backdrop, or at least have lawsuits as their likely alternative, legal expertise is required to successfully resolve them and ensure justice, especially in cases where one or more parties do not have attorneys. Are either or both of these assumptions correct?

Is mediation a natural extension of legal education and training?

In 1989, the Society of Professionals in Dispute Resolution’s (SPIDR) Commission on Qualifications found that while training obtained in pursuing different degrees can aid in the practice of dispute resolution, but no degree, by itself guarantees expertise as a neutral. Furthermore, it was the Society’s position that alternative methods of demonstrating competence degrees would foreclose alternative avenues of demonstrating dispute resolution competence such as prior successful mediations. SPIDR standards require no degree for service as a neutral.

Attorneys are trained in pattern recognition. They look at facts to determine whether those fags fit in a “box“ that defines a crime or civil wrong. Emotions are facts just like any other. Some of them affect the outcome of cases, some don’t. If they don’t, they are deemed “Irrelevant“ and disregarded.

Like other professions, who working late expose them to tragedy, attorneys after emotionally distance themselves. In 1985, the author was a first-year law student. The Challenger space shuttle exploded on live television. Not long afterward, this national disaster was being analyzed as a products liability problem, negligence, and wrongful death — forced into little mental boxes so it could be dealt with dispassionately. The emotional content was drained from it.

More experienced attorneys allow themselves to feel some empathy, both because juries don’t like robots and become they see the real impact the Intellectual problem in the file has on their clients. But it is very difficult to break that original habit of distance.

Mediation is about more than money

Mediation and settlement are not always about properly weighing the evidence to determine the right monetary offer.

*If it were, it would not be true that a sincere apology Can you reduce or even eliminate demands for damages. But research proves it is true.

*If it were, I would never have experienced an appellate mediation In which the appellant and respondent could not close a gap Of $1000 between the highest offer at the lowest demand, and consequently we’re going to spend tens of thousands of dollars of their own money on an appeal. Sadly, I did experience it. Ironically, the appellant had written a book on settlement. He said he knew he was being unreasonable, but couldn’t face his little sister if he didn’t do better than the last offer.

*If it were, presenting a different vision of the future wouldn’t matter. But one of the most effective questions a mediator can ask is “How would your life be different if it weren’t for this dispute? What could you devote that time and treasure to?” That alternative vision of the future becomes something to work for, a non-monetary reason to end the conflict.

Our past training affects our approach to mediation

In order to determine the influence of attorneys on mediation, researchers compared divorce mediation in Georgia with other parts of the U.S. In Georgia, mediation and settlement occurs more frequently because there is a greater emphasis on outcome (agreement) than on process concerns, like party satisfaction. Given a hypothetical case involving a party with a “bad temper,” very few Georgia mediators suspected a possibly abusive relationship. While some helped the parties define their own issues, most of the legally-trained Georgia mediators defined relevant issues for the parties. Some Georgia mediation sessions were actually structured like litigation. The researchers attributed these differences to the fact of divorce mediators in Georgia are practicing attorneys.

Different disciplines have different views of conflict. Therefore mediation means different things to mediators with different backgrounds. Researchers observed the heads of seventeen family mediation services and interviewed them about their theoretical perspectives. Their biases were identified. The researchers concluded “prior professional experience is just as likely to be an impediment as an asset to learning mediation”.

Another study found that lawyer mediators stress legal knowledge and skills, such as learning the facts, while social workers emphasize conflict resolution theory, interviewing, and problem solving. This was true even when both groups were exposed to both types of content in their mediation training.

When attorney-mediators emphasize clarifying the facts at the expense of the relationship and communication issues, they may see their legal expertise as the key to settlement. When this happens, creative, deeper resolutions are frequently missed. Opportunities for building, preserving or repairing relationships to the parties’ mutual advantage aren’t explored or fleshed out Why? Because although life isn’t a competition, legal education makes it seem like one.

Attorneys still need extensive training in mediation after law school. Legal education fails to sensitize, and may even desensitize, lawyers to the emotional dimensions and hidden agendas involved in the search for adversarial solutions to their problems. The case method causes students to look at legal problems abstractly, as if they were separated from human nature. At the appellate level, even the most emotional human problems are distilled into pure questions of law and hypothetical facts, despite the reality that few clients’ problems are devoid of emotional content.

To answer the question posed: No, mediation is not a natural extension of the practice of legal training and experience. Mediation does not fit conflict into boxes or limit what can be considered by a party or why. Emotions and creative remedies can be considered. The repair of “irrelevant” relationships can be undertaken. Court is a zero-sum game. While transactional attorneys make deals, their training in an inherently adversarial system likely pulls them away from collaborating and towards competing. Put simply, dispute resolution requires skill and knowledge not taught by the standard law school curriculum.

Is legal knowledge necessary to achieving resolution or ensuring justice?

Whether it is necessary to possess legal knowledge in order to resolve a dispute Is dependent on the barriers to settlement and the possible incentives to settle. The parties’ differing interpretation of the law is the main obstacle to settlement, then they may be looking to the mediator as an impartial expert to give an unbiased opinion about the strength or weakness of the case. In this situation, legal knowledge is absolutely required. (Some may say that what the parties are really seeking is an early neutral evaluation. However, some mediations are court ordered and the parties lack the sophistication and resources to obtain a separate ENE. ) Parties often seek an evaluative mediation that exposes the weakness of both sides’ cases or the relative strengths. While there is an argument that it is impossible to evaluate without favoring one side or the other, this is really an argument about the relative strength of each case. It is not partiality to tell B that A has a better case if that is true, especially if both parties were aware of the possibility.

Of course, it may not be necessary to give a legal evaluation If the basis for settlement is not a legal one. Examples are economic need, litigation fatigue, preservation of an important relationship, or an apology. So the answer to the question posed is “it depends.“ At times, Legal education and experience is extremely useful to the parties. At times it is not needed at all. But in either case, the attorney-mediator should obtain further training in mediation to counter the inherently competitive, non-collaborative bias in his or her background.