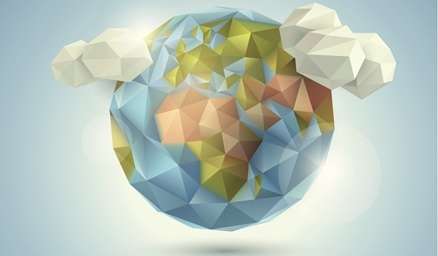 These are just a handful of the eye-watering numbers associated with one of the largest infrastructure and investment projects in history – China’s One Belt One Road (OBOR) Initiative. Coined as the modern day silk road, this project seeks to build a network of roads, railroads, pipelines, power-grids, shipping lanes and economic corridors connecting over 70 countries with a view to boosting trade and bolstering cultural exchanges.

To support this gargantuan project, China has set up several financial mechanisms, funded by its foreign-exchange reserves.  A 40 billion USD Silk Road Infrastructure Fund has been established to finance the project in addition to the Asian International Infrastructure Bank (AIIB) as a new Multilateral Development Bank (MDB). This bank will complement and cooperate with existing MDBs to support infrastructure needs in Asia.

Change and development in new areas can always come with the risk of potential conflict – what is important is to have dependable mechanisms to manage difficulties it they arise.

The value of mediation, in addition to its time and cost efficiency, is its flexibility and adaptability. It can be used as a standalone process or can form part of a stepped dispute resolution procedure, proceeding bilateral negotiations and preceding arbitration and litigation. Also, when faced with large, multi-party, complex cases, a mediator can also act as a facilitator of early-negotiations between parties allowing for the exchange and management of documents, narrowing and understanding of issues and constructive engagement before progressing to mediation.

Furthermore, infrastructure projects invariably have high overheads and running costs. Disputes often bring progress to a halt and divert critical management time and financial resources. Expedited resolution is in everyone’s interest, to reduce unnecessary costs and ensure a project isn’t derailed by endless and unresolved disagreement. Such projects may also require the preservation of an existing supplier arrangement. Rather than strain that relationship before an arbitral tribunal or court, mediation offers a much more amicable platform for dialogue, the lasting resolution of the dispute and a focus on moving forward. Compared with arbitration and litigation, mediation gives a voice to commercial and personal, as well as legal issues.

Mediation and the OBOR

The OBOR will undoubtedly encounter conflict along the way and as such, Asian ADR bodies and mediators have been actively seeking to get involved with the project and to provide dispute resolution services where possible. Mediation is being enshrined as a dispute resolution mechanism by the AIIB as part of its complaints system for those adversely affected by OBOR activities.

In 2018, China announced that it will establish ‘Belt and Road Courts’ to handle disputes arising out of the OBOR. The courts, which will be based in Beijing, Xi’an and Shenzhen, have been established under the authority of the Supreme People’s Court of China. The memorandum of understanding, signed with over 70 countries does not specifically refer to mediation, but rather refers to “friendly consultations”. To what extent this will include mediation is not as yet clear.

Since 2007, CEDR has had a close relationship with China’s foremost mediation organisation the CCPIT Mediation Centre which has 47 offices in China and has regularly trained its members since then. The CCPIT is currently at the forefront of discussion with the Chinese government as to how best to include mediation in the framework of OBOR dispute resolution.

Mediation will form a part of the OBOR dispute resolution system in some form, with regional hubs for handling cases, but, apart from Greater China where Hong Kong is already taking a leading role, it is still too early to see a comprehensive plan for mediation in the scheme of things. CEDR, building on its work in the Asian region over many years is confident that it will continue to support and work with the major institutions throughout the region on this exciting and challenging initiative.

CEDR
The Centre for Effective Dispute Resolution (CEDR) is an independent, non-profit organisation with a mission to cut the cost of conflict and create choice and capability in dispute prevention and resolution. www.cedr.com
This website uses cookies to improve your experience. We'll assume you're ok with this, but you can opt-out if you wish. Cookie settingsACCEPT
Privacy & Cookies Policy