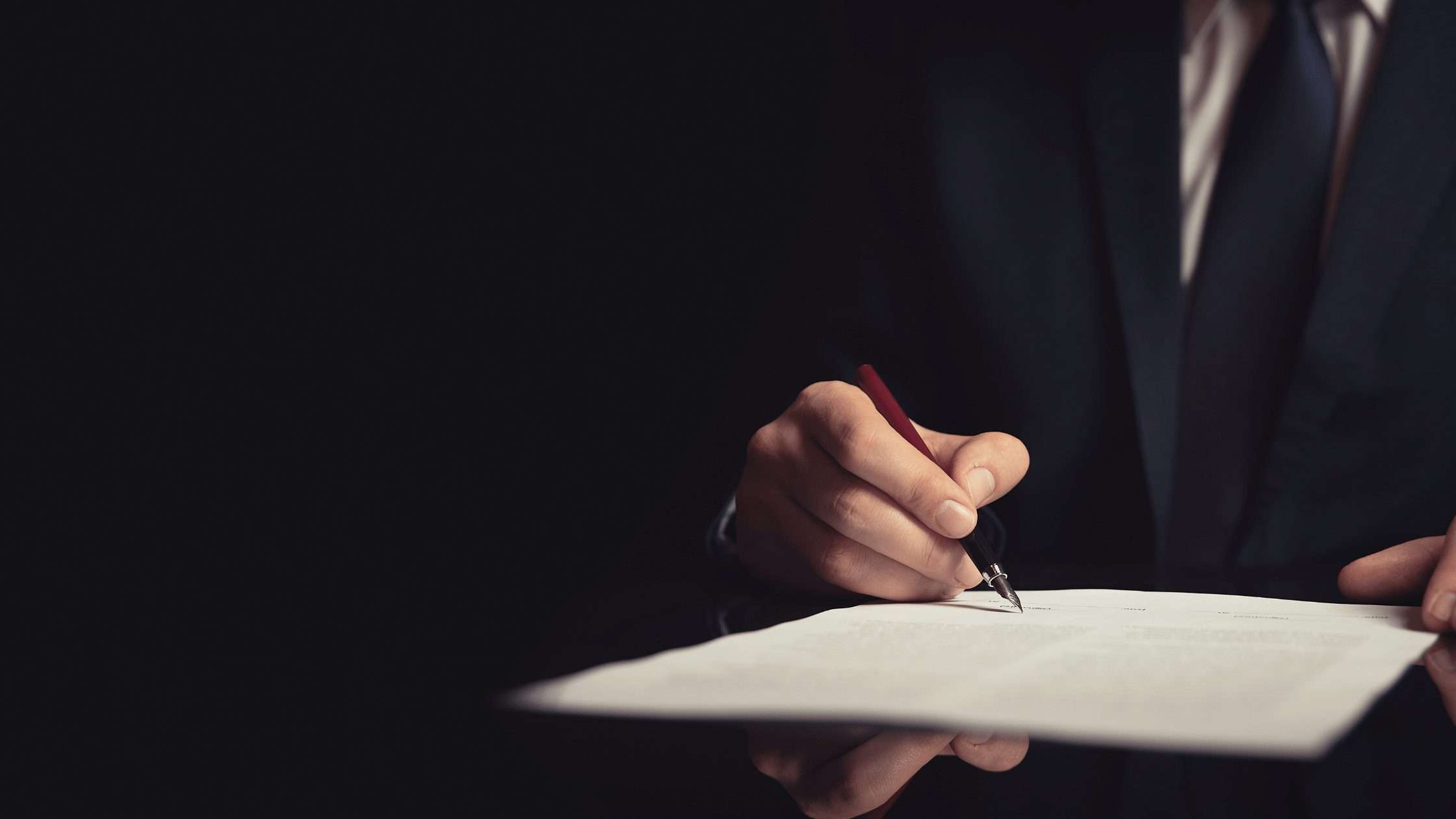 Admission of text messages as evidence in court: The same old thing in electronic form.

The proliferation of electronic devices capable of producing documents

More documents are created by electronic means than in any other fashion.  Electronic devices are everywhere. Office computers, personal computers, laptops, tablets, phones, personal electronic assistants, video doorbells, and even some cars, televisions, and refrigerators are capable of generating, transmitting, and/or storing emails, text messages, audio and video recordings, photographs, and relevant data about the creation, source, transmission, reception, alteration, storage and retrieval of those documents.  It is inevitable that a great many such documents will be presented as evidence in court.

The predominance of text messages

Text messages are the most common form of electronically stored information (hereafter sometimes ESI).    Consumers and businesses prefer them as a quick, cost-effective, simple form of communication.  Ninety-seven percent of Americans text at least weekly, and the daily volume of texts is a staggering 6.1 billion nationwide in 2020.  Eighty percent of professionals use texts for business purposes, and one-third of them report being unable to go ten minutes without texting.

While the world is awash in text messages, the analytical process is the same as for traditional documents like printed letters, reports, and photographs.  That some item of communication is electronically created or stored does not change its legal status or the applicable questions that must be answered before admissibility can be determined.

Is a text message a “writing” or “document” for evidentiary purposes?

The definition of writing under the Federal Rules of Evidence (hereafter sometimes FRE) is broad enough to include text messages and other computer-generated communication. Under FRE 1001(a), ‘A “writing” consists of letters, words, numbers, or their equivalent set down in any form.” Under subdivision  (d) of the same Rule, “For electronically stored information, “original” means any printout — or other output readable by sight — if it accurately reflects the information. An “original” of a photograph includes the negative or a print from it.”  These definitions clearly include text messages.

Likewise, Cal. Evidence Code section 250 defines a document as: “Writing” means handwriting, typewriting, printing, photo stating, photographing, photocopying, transmitting by electronic mail or facsimile, and every other means of recording upon any tangible thing, any form of communication or representation, including letters, words, pictures, sounds, or symbols, or combinations thereof, and any record thereby created, regardless of the manner in which the record has been stored.” Text messages are often admitted in California, mainly in criminal and family law contexts. Frequently, however, relevance, authentication, and hearsay issues prevent their admission. (See, for example, People v. McDaniel (2019) 38 Cal. App. 5th 986).  The same is true in Federal court. (Jonathan D. Frieden & Leigh M. Murray, The Admissibility of Electronic Evidence Under the Federal Rules of Evidence, 17 Rich. J.L. & Tech 5 (2011))

Scholars have noted that courts and juries are wary of ESI.  After all, anyone can put anything on the internet or in a text message, Twitter feed, or social media post.  Fake news is a reality. Even more worrying, ESI is subject to constant change, through automatic updates, planned webpage maintenance, and outright hacking. Another person can send a text message in my name, and proof of my non-authorship will be difficult.

Despite this distrust, electronic evidence is really no different than old-fashioned letters, photographs and recordings. Courts have always dealt with exaggeration, half-truths, lies, fraud and forgeries.  Text messages and other electronically stored information are new media for old problems.

The three-part showing needed to admit text messages as evidence in court.

Text messages, like other evidence, must overcome three hurdles in order to be admissible. They must be I) relevant; II) authenticated; III) within an exception to the hearsay rule.

Relevance is not a demanding standard.  Under FRE   401: “Evidence is relevant if:

(a) it has any tendency to make a fact more or less probable than it would be without the evidence; and

(b) the fact is of consequence in determining the action.”

“Any tendency” is a forgiving test. Relevant evidence is admissible unless a specific prohibition bars its consideration. (FRE 402)

Text messages might be relevant in a criminal case to show threats, prior inconsistent statements or admissions were made, to establish harassment, and so on. In family law matters, messages can establish the existence of or intent to hide assets, continued failure to comply with visitation and support orders. In a contract case, they could provide written evidence for the terms of an oral agreement or clarify the intention of the parties. Except where a signature or other formality is required, they can serve almost the same purposes as hard copies of documents have in the past. Like those more traditional documents, they must still pass evidentiary muster. As McDaniel points out, for example, text messages may not be read when they are sent.  So the failure to respond may not indicate agreement. Likewise, a text message without more, such as a contemporaneous response, is not proof of if or when a notice was received.

The party offering a text message as evidence must meet the same burdens as proponents of other evidence. The most basic of these is authentication. This is a two-part process. Upon hearing the evidence, the court makes a threshold determination whether a reasonable jury could conclude that the item offered is genuinely based on that evidence.  If so, determining authenticity— whether the item proffered is what it is said to befalls to the jury. Federal Rule of Evidence 901 (b) lists several methods of authentication applicable to text messages.

“b) Examples. The following are examples only — not a complete list — of evidence that satisfies the requirement:

(1) Testimony of a Witness with Knowledge. Testimony that an item is what it is claimed to be.

Comment to subdivision, of course, a witness could testify that he or she saw the text message being dictated or written and sent, or discussed the text in a way that indicated authorship without violating the hearsay rule.

(4) Distinctive Characteristics and the Like. The appearance, contents, substance, internal patterns, or other distinctive characteristics of the item, taken together with all the circumstances.

Comment concerning subdivisions (3) and (4): Although typically applied to handwriting or allegedly forged goods in traditional cases, these provisions of the FRE are among the most frequently used in the authentication of text messages.  The statute requires consideration of the totality of the circumstances. Among the appropriate factors that might be determined from the text messages are:

the alleged author’s customary use of emoji or emoticons;

a writing style similar to the purported author’s manner of writing;

reference to facts uniquely tied to the author—e.g., contact information for relatives or loved ones; photos of the author or items of importance to the author (e.g., car, pet); the author’s personal information, such as a cell phone number, landline number, work number, email and home or work address.

(6) Evidence About a Telephone Conversation. For a telephone conversation, evidence that a call was made to the number assigned at the time to:

(A) a particular person, if circumstances, including self-identification, show that the person answering was the one called; or

(B) a particular business, if the call was made to a business and the call related to business reasonably transacted over the telephone.

Comment concerning subdivision (6): The assignment of a phone number to a person or business should be equally probative regard the source of text messages as it is regarding phone calls since both are often generated by the same device.

(7) Evidence About Public Records. Evidence that:

(A) a document was recorded or filed in a public office as authorized by law; or

(B) a purported public record or statement is from the office where items of this kind are kept.

Comment concerning subdivision (7): like other businesses, governments use text messaging. The texts are writings subject to public records laws, subject to the presumption that a public employee has regularly performed his or her duties.

(8) Evidence About Ancient Documents or Data Compilations. For a document or data compilation, evidence that it:

(A) is in a condition that creates no suspicion about its authenticity;

(B) was in a place where, if authentic, it would likely be; and

Comment concerning subdivision (8): White it is difficult to think of text messages as ancient documents, the first text was sent on December 3, 1992. The technology is there for almost 30 years old. It is not likely that such an old message was preserved, but businesses and governments do sometimes keep old records and the possibility should not be ignored.

(10) Methods Provided by a Statute or Rule. Any method of authentication or identification allowed by a federal statute or a rule prescribed by the Supreme Court.”

Comment on subdivision (10): Although there are laws concerning text message marketing and subpoenas for text message retention during federal investigations, this subdivision appears to concern the FRE themselves,

Text messages produced as discovery responses are verified and require no separate authentication.

Hearsay is an out-of-court statement intended to prove the truth of the matter asserted. If a text message is offered for its truth rather than as an element to the offense or for some other purpose, it must fall within an exception to the hearsay rule or it is inadmissible. There are dozens of hearsay exceptions:  confessions, admissions against interest, family history, public records, business records, statements made for the purpose of medical treatment, statements of then-existing physical condition, and more. While it may seem unlikely that some of these exceptions may seem Unlikely to apply to email, In an increasingly virtual world, where distancing is required by the Covid-19 pandemic, unique situations may arise.  An open mind is therefore advisable.

Text messages may not be saved by the carrier providing the texting service. Or they may be saved for a very short time Other corroborating information, such as the time the message was sent, the sending and receiving numbers, and location data may be saved.) A subpoena should be served as soon a party becomes aware that text messages are relevant. As to future text messages, they should be printed and backed up to the cloud on an ongoing basis. Parties should be served with text-related discovery early, and possibly repeatedly if it remains relevant.  Remember, electronic records can be lost if devices fail.  External preservation is critical, even if the purchase of software is needed. If nothing else, a screenshot or other photograph of a text can preserve it.

A critical message has been deleted.  Now what? First, determine if anyone subject to subpoena or discovery retains a copy. Efforts to recover can be made.  If this fails, the text of a deleted message may be proven by secondary evidence, including the testimony of one who read it (FRE 1004).