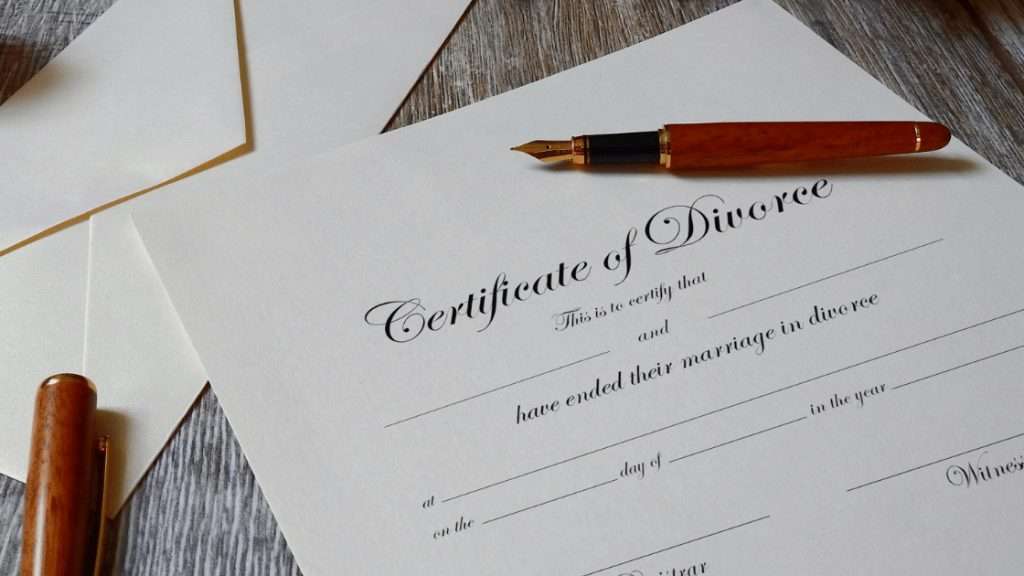 Collaborative Law vs Mediation: what should you pick?

Amy and Bob Cromwell married ten years ago and have three children.  The spark between them died years ago.  They work together in the family business, Cromwell’s Crackers. After some painful conversations, they have decided to divorce.

The Cromwells do not want lengthy and contentious litigation that could harm the children and make it difficult to work together in the business.

They are considering either collaborative law divorce or divorce mediation.  While these two ADR processes both yield uncontested divorce, they are not the same. We review their characteristics below

What is collaborative law?

“[A] voluntary, contractually based alternative dispute resolution process for parties who seek to negotiate a resolution of their matter. The distinctive feature of collaborative law as compared to other forms of alternative dispute resolution such as mediation is that parties are represented by lawyers … during negotiations. Collaborative lawyers do not represent the party in court, but only for the purpose of negotiating agreements. The parties agree in advance that their lawyers are disqualified from further representing parties by appearing before a tribunal if the collaborative law process ends without complete agreement.”

Many states, including California, specifically authorize the use of collaborative law in marital dissolution proceedings, either by statute or by court rule. (See CA Fam. Code sec. 2013) About half the states have adopted the Uniform Collaborative Law Act (UCLA) in some form.  As of December 2021, California is not among them.

Although failed negotiations will lead to litigation in Family Court, the lawyers retained for the collaborative process are settlement counsel only, except to the extent that court proceedings are needed to give effect to the uncontested divorce. (The UCLA also allows counsel to go to court to obtain emergency orders. But the need for such orders may indicate that the parties are not cooperative, which would doom the collaborative law process.)

The basis of the collaborative law process is contractual. The parties enter into a Participation Agreement embodying the disqualification of counsel requirement.

Additionally, the parties often agree to the collaborative use (and disqualification) of mental health, financial, and custody issue experts.  There is not a universally accepted way to draft a Participation Agreement. Some parties agree to share and jointly pay for experts. Others retain theirs separately. Still, others retain individual mental health experts (sometimes called divorce coaches) and separate mental health experts to represent the interests of the children. Though a similar set of experts could be expected in a fully-litigated case, this is by no means certain.  Generally speaking, collaborative law is expert-heavy.

There are some similarities between divorce mediation and collaborative law that should be noted at the outset:

• Both require a problem-solving, non-adversarial approach;

• Ideally, in both the parties face one another across the table and learn to work together:

• Both seek to avoid litigation;

• Neither is inherently destructive to personal relationships;

• Neither is appropriate where there is a serious power imbalance;

• Neither is appropriate where there is a history of domestic violence.

The requirement to use attorneys, coupled with the expectation that numerous experts will be retained can make collaborative law an expensive choice even if it is successful in reaching a negotiated agreement that results in a decree of divorce. However, the traditional conception is of two separately-represented parties who share the cost of experts, thus reducing costs.

Predictions of costs vary widely.  The average per party divorce cost in the United States. The cost differs by geographical area, the presence of children, and the size of the marital property estate.  Collaborative divorce estimates also vary widely.  While proponents argue that collaborative law costs between one-quarter and one-third as much as traditional family law litigation, a recent critical article put the price at $12,500 to $25,000 per party, making collaborative law significantly more expensive than its traditional counterpart.  Both critics and the drafters of UCLA agree that collaborative divorce is disadvantageous to low-income parties. The Act’s comments frankly admit that the disqualification of counsel and experts is interested to impose added financial costs on parties who do not settle, as they must pay new counsel (and experts) to become familiar with the case.  Failure to agree therefore makes a collaborative law divorce very expensive.

Additionally, collaborative law can take quite some time to conclude, perhaps as many as a dozen sessions stretching over more than a year.  In contrast, divorce mediations are usually completely resolved in one to four sessions.

The cost of mediation

Private divorce mediation can cost as little as $500 according to some sources, but realistically a skilled mediator will charge more. The cost of divorce mediation will probably be between $5,000 and $10,000, depending on the number and complexity of the issues to be resolved.  This amount is split by the parties.  In one study, couples who litigated reported spending 134% more (more than twice as much) for their divorces than those who mediated.

Of course, where there is a great deal of marital property, costs will be higher, as in litigation. These costs do not include the fees of any legal, financial, or tax advisors during the mediation. Divorce mediators are used to working with unrepresented parties who supply their own financial documents. The more complicated the marital property estate, the more likely it is that financial experts will be needed.  If the cracker company in the opening example is to be sold, for example, an appraisal and tax advice would be prudent.  The same is true for other real properties.  If the parties expect to continue working in the business together, salary, profit distributions, shared management, and contribution toward any liabilities will need to be addressed.  The situation would be much simpler if the parties were employees, but the value and distribution of any pension, retirement account or other investment will need to be determined.

Financial advisors may charge between $150 and $450 per hour, but rather than attending mediation they will review documents and prepare reports and analyses.

Mediation and expert expenses will also be encountered in almost every litigated divorce.  However, since divorce mediation takes place over days rather than months or years, these costs are predictably lower.  It is also possible that such expert advice won’t be necessary, though many mediators strongly recommend it.

Mental health professionals will charge similar hourly rates, and treatment may be covered by health insurance. It would be highly unusual for a therapist to attend mediation, though a report or declaration may be submitted.

If the parties choose to bring attorneys to the mediation, this will add substantially to the cost.

How much your lawyer charges per hour depends on his or her background, experience, expertise, the size, and reputation of his or her firm and the local market for legal services. The most expensive 1family law firms in New York City charge between $25,000 and $60,000 for even a straightforward divorce, while added complexity and higher stakes could bring the tab to six figures.

The fifty largest law firms report partner billing rates of $575 an hour and $400 for associates. City lawyers at smaller firms billed at $300-$350 per hour, while rural lawyers billed $100 to $200 an hour. What lawyer you need will depend on the details of your case.

mediation participants can maintain the confidentiality of negotiations during mediation efforts and the communications concerning them. For example, California’s statute provides no statement or document “made for the purpose of, in the course of, or pursuant to, a mediation or a mediation consultation” is admissible or discoverable. The California Supreme Court has been fiercely protective of the privilege, arguing that without it, the candid communication on which the mediation process depends would never occur.

Some commentators argue that collaborative law negotiations should be treated like mediation for purposes of confidentiality.

Indeed, section 17 of the UCLA would establish a privilege against discovery and admission of collaborative law communications. But California has not adopted any part of UCLA.  Without a statutory basis, no privilege can be created. (Evidence Code section 911).

Further, there is no third-party neutral to confide in, no outsider with whom to build trust.  There are only the parties, their lawyers, and jointly-retained experts negotiating to reach a settlement.  Under California and Federal law, the issue has already been resolved.  There is no general privilege for settlement discussions, only prohibitions against using such discussions to establish liability.

“(a) Evidence that a person has, in compromise …furnished or offered or promised to furnish money… to another who has sustained …or claims that .., he has sustained .. loss or damage, as well as any conduct or statements made in negotiation thereof, is inadmissible to prove …liability for the loss or damage…”

There is no statutory basis to extend this limited protection.  Family Code sec. 2013 makes no mention whatsoever of confidentiality. Nor does it incorporate UCLA in its entirety.

Why is the collaborative law divorce process a failure?

While it is well known that the mediation process is successful in more than 80% of cases, this author has found no empirical study regarding how often the collaborative law divorce process fails.

The collaborative law divorce process can fail for a number of reasons. Communication problems, the failure of one or both parties to provide accurate information through informal discovery, lingering emotional issues from past wrongs, and the failure to address a party’s needs can all lead to failure. When the lengthy, costly collaborative law divorce process does fail, the parties are left to start all over again with new counsel.

Another reason collaborative law fails is that it ignores both the parties’ right to self-determination and their emotional needs.

“Under collaborative law theory, parties have “shadow” feelings (such as anger, fear, and grief), which are … not permitted to direct the dispute-resolution process…[E]ach lawyer is responsible for moving parties from artificial bargaining positions to focus on their real needs and interests [and] seek “win-win” solutions.” Some theorists suggest that the collaborative law agreement effectively “amounts to a ‘durable power of attorney,’‘ directing attorneys to take instructions from the client’s higher-functioning self, and to politely disregard the instructions that may emerge ..when a less high-functioning self takes charge of the client.’”

Lande’s summary indicates that the collaborative law divorce process allows counsel to substitute their judgment for that of the client, and ignore emotional barriers to resolution in favor of moving forward with negotiations.  It is not surprising a process that ignores the client to this degree fails, despite the harsh financial penalty represented by the counsel disqualification requirements of the collaborative law divorce process.