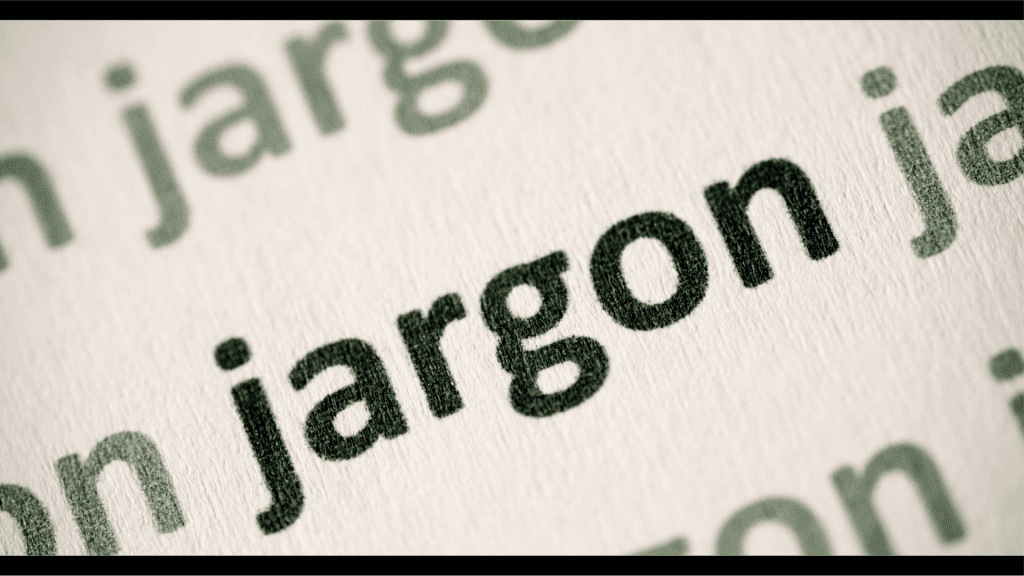 In response to my question, “Do you use “BATNA” wrong?,” I plead guilty with an explanation.

With the patient teaching of my friends, Hiro Aragaki and Sanda Kaufman, I have come to see the error of my ways.

I was concerned because BATNA – the Best Alternative to a Negotiated Agreement – has become part of the vernacular, with more than 9 million hits on Google. I thought that almost everyone in our field was misusing the term, as I described in my prior post.

In this post, I explain how I was led astray. Part of the reason is that I have come to believe – and still believe – that much of the cherished jargon in our field is misleading and confusing, as I describe below. So I was primed to believe that this was the case for BATNA too. I now realize there is some confusion about BATNA, but not in the way I previously thought.

Immediately following this post are posts by Hiro and Sanda with their analyses of BATNA and related concepts.

How I Went Wrong

Decision trees enable people to assign probabilities to various contingencies and produce expected values for uncertain events. For example, in litigation, contingencies might include the outcome of summary judgment motions, effectiveness of particular witnesses, admissibility of particular pieces of evidence, ability to establish various elements of a cause of action or defense, whether attorney’s fees or punitive damages would be awarded, the outcome of an appeal, and risk of non-enforceability of the decision.

Decision tree analysis produces precise results, and it’s easy to assume they are accurate. Although decision trees aren’t limited to quantitative analyses along a single dimension, that’s often how they are used and how I will refer to them here.

The fundamental problem is that all the values used in decision trees are fallible estimates. In highly uncertain situations, like much-contested litigation, it is very easy to be wrong. This is illustrated by the classic Kiser, Asher & McShane study, Let’s Not Make a Deal: An Empirical Study of Decision Making in Unsuccessful Settlement Negotiations. This study’s findings were consistent with the three prior studies about negotiation in actual litigated cases.

In an astounding 85.5% of the 2054 cases in their study, one side made a decision error. This error occurred when one party received a less favorable result at trial than the other side’s last offer. Plaintiffs made decision errors in 61.2% of cases, with an average error of $43,100. In other words, in these cases, on average, the trial judgment was $43,100 less than the defendant’s last offer. On the other hand, defendants made decision errors in “only” 24.3% of cases. Still, their average error was much more costly – $1.14 million.

Sophisticated, self-aware negotiators consider alternative assumptions about various contingencies and possible outcomes. For example, a plaintiff (“Tania”) could lose at trial and not get anything. Alternatively, her experienced lawyer might estimate she could get as much as a $1 million judgment. These are sometimes referred to as the WATNA and BATNA. Recognizing that these are extreme estimates, negotiators may calculate the estimated value, which sometimes is called the MLATNA. In this framework, the value of the MLATNA is virtually always less than the BATNA. So I thought it made sense to focus on the MLATNA, not the BATNA.

It has taken a while to get through my thick skull that the BATNA / MLATNA / WATNA framework is misleading. As Hiro and Sanda pointed out, ATNAs are courses of action, not the values of the courses of action. It is easy to confuse the two when there is only one alternative course of action that a negotiator considers.

I have learned that it doesn’t make sense to spend much time considering the WATNA – why would one want to consider the worst expected course of action if others seem better? And, when considering alternatives as courses of action, MLATNA literally makes no sense. Courses of action are options to be considered, not values to be predicted.

I am not the only one confused about BATNA, WATNA, and MLATNA (as I didn’t make up these terms). Several law school texts refer to WATNAs as I wrongly did, and a Google search produced 368,000 hits for WATNA and 2,100 hits for MLATNA.

When considering several possible courses of action, the appropriate way to analyze alternatives becomes clearer. For example, Tania could enlist a friend of the defendant to convince him to make a more favorable offer. Second, she could unleash a Twitter storm to diminish his reputation and resolve. Next, a criminal to intimidate the defendant could be hired. Finally, she could drop the suit or perhaps take many other potential courses of action to resolve the matter.

I assumed she could incorporate probability estimates of all the courses of action into a single decision tree. That’s where I got tripped up. For example, if Tania simply dropped the case, the outcome would be the same as if she lost at trial. I assumed this could be factored into the analysis. This doesn’t make sense for the other courses of action – or even the option of dropping the case.

Instead, if Tania is careful, she will construct a separate decision tree for each discrete course of action. And if she is cautious, she would consider various scenarios about how each course of action might turn out, varying the probabilities of contingencies within each decision tree. For example, it is possible to combine some courses of action, such as continuing in litigation and also conducting some extra-legal activity to persuade the defendant to be more accommodating. This would all be factored into the same expected value calculation in that situation.

Based on this analysis, Tania would calculate each course of action’s most likely outcome – or expected value. After that, she would choose what seems like the best course of action, aka the BATNA.

Since the BATNA is the preferred potential course of action, not a specific value, Tania should not be too confident about its actual value if push came to shove. The expected value is the best single estimate – but it is only an estimate. So the actual result could be a lot more or less.

Indeed, it is impossible to know the actual value of the BATNA even if Tania chose that course of action. If she took the case to trial, she would get a particular outcome. Still, we shouldn’t kid ourselves that this is the inevitable result of a trial. There are tons of contingencies in a trial, such as the perspectives of particular jurors; rulings on motions; demeanor of witnesses; the chemistry between the particular judge, lawyers, witnesses, jurors, etc.; smoking gun evidence that might or might not surface at the last minute, etc., etc. So if Tania tried the same case 100 times, the results probably would look like a normal distribution, with most outcomes centered around an average but with a range of other outcomes.

Some uncertainty exists even in simple transactional negotiations that are much more certain than litigation outcomes. For example, if Abdul has a job and is offered another job, the status quo is the BATNA. Presumably, he would know a lot about the job and have reasonably realistic expectations about what would happen if he continued in that job. But he wouldn’t know for sure that he wouldn’t get fired or promoted, for example. So if he was a careful negotiator, he would consider a range of contingencies about what would happen, both for his current job and the new one he is offered.

As I have learned, we should be humble about our understanding of BATNA. We should use the term carefully – even if we conceive of it as a course of action. It is not a fixed or specific value, nor will it necessarily produce one. The results of a course of action that a negotiator deems “best” may turn out to be worse (or better) than the expected value of that course of action. Moreover, courses of action not deemed “best” could produce more favorable results than the one estimated to be best.

We Should Be Careful About Our Familiar Jargon

Words matter. Our theoretical concepts can be lenses helping us to understand things more clearly. But they also can be blinders focusing attention only on what we expect to see and causing us to ignore things that don’t fit our theories. Moreover, when we use ambiguous terms, there is a good chance that we will misunderstand each other and not analyze or deal with situations optimally.

I was suspicious about BATNA, having become wary of some of our familiar jargon. For example, people and texts commonly refer to “integrative” and “distributive” models of negotiation even though these concepts are highly problematic.

Similarly, people think of “facilitative” and “evaluative” models of mediation even though empirical research has demonstrated that these concepts reflect a bundle of disparate elements. You can see this in the ABA Section of Dispute Resolution’s recent report on mediation techniques, the surveys done by the Section’s Task Force on Improving Mediation Quality, and my recent training in New Hampshire.

Golly, Noam Ebner, David Matz, Andrea Schneider, and I can’t even agree on the definition of negotiation.

The Task Force on Mediation Techniques recommended, among other things, that a new group be established to develop more uniform definitions and measurements of mediator actions and mediation outcomes.

Unless and until our community develops greater consensus in our terminology about matters like that, I think we should be self-conscious and cautious about our cherished jargon. Technical terms can be beneficial in conveying ideas easily within a professional community. However, that only happens if there are clear, shared understandings of the terms, which map nicely onto the practical problems they are working on. Jargon is counterproductive when people in a field have different understandings of the terms and/or the terms don’t fit reality very well.

I don’t think we can successfully redefine established terms like integrative and distributive negotiation or facilitative and evaluative mediation. They are too firmly embedded in our minds to change. Instead, we need to use other terms that convey our meanings better. During transition periods, we may need to “translate” old terms into new ones.

Some linguistic changes reflect intentional strategies to substitute certain languages in place of less desirable languages. For example, family practitioners often use “parenting plans” instead of “child custody and visitation.” Likewise, many of us use “self-represented” litigants instead of “unrepresented” litigants. We do this because we believe that this helps people think and act more constructively.

Linguistic evolution is an essential part of the advancement of knowledge. We often need to change our language to reflect improvements in our understanding of the world. The fact that our intellectual predecessors used language in a certain way should not oblige us to continue to do so if there are better ways of expressing our ideas.

I believe that “BATNA” is more complicated than many people realize. There are better ways to talk about “integrative” and “distributive” negotiation and “facilitative” and “evaluative” mediation. Right now, I can’t think of a good substitute for BATNA. Unless and until we can think of a better term, we should try to use it as accurately as possible.

John Lande
John Lande is the Isidor Loeb Professor Emeritus and former director of the LLM Program in Dispute Resolution, at the University of Missouri, School of Law. He received his J.D. from Hastings College of Law and Ph.D in sociology from the University of Wisconsin-Madison. He is also an avid writer and contributor to Indisputably.org