Family Mediation in the Shadow of International Parental Kidnapping 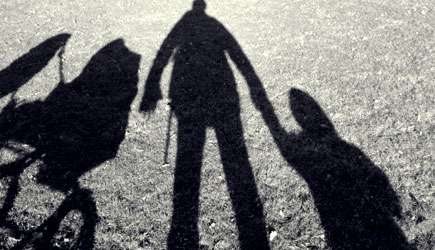 As international marriages and multiple-passport families became increasingly common in the second half of the twentieth century, it was perhaps inevitable that divorces and child custody disputes would also take on international dimensions. Since the 1970s, the State Department has recorded over 16,000 cases of international parental kidnapping (IPK) in which the foreign parent has unilaterally removed the child from American territory.1

Before the international community established legal means of redress, the effect of IPK was often to permanently sever ties between the left-behind parent and the kidnapped child. On October 25, 1980, however, the Convention on the Civil Aspects of International Child Abduction2 was adopted at a meeting of the quadrennial Hague Conference on Private International Law. As of March 1, 2011, eighty-four countries,3 including the United States (which signed on in 1988), have become contracting states to the Hague Convention.

Contrary to popular belief, Hague is not designed to decide matters of child custody, or to facilitate negotiation of such disputes. It is concerned almost exclusively with determining (and empowering) the appropriate jurisdiction for custody determination. The Convention’s function is to return the child to his or her habitual residence so that a court in that jurisdiction can rule on custody and visitation. Ideally, the Convention mitigates any unfair legal advantages the abducting parent has obtained by removing the children, restoring the situation that existed prior to the kidnapping.

The rapid adoption of the Hague Convention on the Civil Aspects of International Child Abduction by much of the industrialized world over the past three decades has been accompanied by the growing acceptance of family and divorce mediation in many of these same jurisdictions. Many scholars and professional neutrals have called for the incorporation of ADR practices into the Hague Convention. This would be a mistake. There are compelling reasons – ethical, procedural, practical and cultural – why the ADR community should maintain a respectful distance from the world of Hague litigators. As professional neutrals, we have an important contribution to make to the problem of IPK, but we can only work effectively once the jurisdictional issues raised by a Hague action have been resolved in a court of law.

The Model Standards and the Core Value of Self-Determination
The Model Standards of Practice for Divorce and Family Mediation were developed in collaboration between the American Bar Association (ABA) and the Association of Family and Conciliation Courts (AFCC),4 and are intended to provide “consensus standards for good family and divorce mediation practice” and “a concrete and concise definition of the mediator’s role.”5 The Model Standards establish that a family mediator fulfills his or her function not by imposing solutions but by facilitating “the participants’ voluntary agreement,” and by working with participants to “explore options, make decisions and reach their own agreements.”6 The Model Standards characterize family mediation as a dispute resolution mechanism particularly valuable for its capacity to “increase the self-determination of participants and their ability to communicate.”7

Standard I holds that “[a] family mediator shall recognize that mediation is based on the principle of self-determination by the participants.”8 This founding principle is no mere suggestion, but the highest possible obligation of the practitioner – the meaning of “shall” in the context of the Model Standards “indicate[s] that the mediator should not have discretion to depart from the practice described.”9

Abuse, Neglect and Control Issues in International Parental Kidnapping
Self-determination can be compromised by pre-existing issues of domestic abuse and child abuse and neglect. Consequently, the Standards are sensitive to these issues, requiring mediators to refuse to hear such cases unless they have “appropriate and adequate training” in abuse and neglect, and to seriously “consider the appropriateness of suspending or terminating the mediation”10 when abuse or neglect are alleged by one or both parties. According to Standard X(A), domestic abuse includes not only “domestic violence as defined by applicable state law,” but also “issues of control and intimidation.”11

Domestic abuse is such a concern in family mediation that the Model Standards recommend that mediators “make a reasonable effort to screen for the existence of domestic abuse prior to entering into an agreement to mediate… [and] continue to assess for domestic abuse throughout the mediation process.”12 Issues of domestic abuse through control and/or intimidation are necessarily present in all IPK and Hague cases, because one parent has sought to control (or render moot) the outcome of a child custody dispute by illegally kidnapping the child to a more sympathetic jurisdiction, an action that often intimidates the left-behind parent into accepting the new situation.

Complicating matters further for the prospective IPK mediator is the fact that parental kidnappers can, and often do, raise domestic violence as an affirmative defense. Article 13(b) of the Hague Convention, which states that “the judicial or administrative authority of the requested State is not bound to order the return of the child if the person, institution or other body which opposes its return establishes that there is a grave risk that his or her return would expose the child to physical or psychological harm or otherwise place the child in an intolerable situation.”13

All IPK and Hague cases, therefore, necessarily involve domestic abuse (as it is defined by the Model Standards) and child abuse on the part of at least one parent – the abducting parent. When cross-allegations of domestic abuse on the part of the left-behind parent are also invoked by the kidnapping parent as a justification for his or her flight, any family mediator who governs his or her professional conduct by the Model Standards will be twice as reluctant to mediate.

Professional neutrals may argue that, in cases where a child has been abducted to a non-Hague jurisdiction, mediation may be the last, best hope for the left-behind parent. This may be true, but just as Hague is designed to discourage IPK by eliminating the strategic advantage it bestows upon kidnappers, the adoption of mediation in IPK cases may actually encourage the practice. If mediation is an option prior to a Hague ruling, IPK can become a means of compelling the left-behind parent to the bargaining table on the abductor’s terms, without the abductor having to face criminal prosecution or risk the loss of jurisdiction over custody.

ADR proponents may argue that mediation is the only equitable solution when one parent has turned to abduction in desperation as a means of escaping domestic violence or spousal domination. By this reasoning, the Hague Convention only re-establishes a systemic power imbalance between spouses by exposing the abused spouse to criminal prosecution as a kidnapper. This argument is ethically unsound, as it proposes that the mediator allow one or both parents (one a fugitive kidnapper, the other an uncharged domestic abuser) to use the mediation process to “further illegal conduct”15 in violation of Standard XI(A)(5) of the Model Rules. While one or both parties may wish to use criminal charges as a bargaining tool, no ethical family mediator would facilitate such a transaction.

Furthermore, Model Standard VIII makes it incumbent upon any family mediator to “assist participants in determining how to promote the best interests of children.”16 However, a parent’s culture often determines his or her perception of the child’s best interest, and differences in this area are often the cause of the kidnapping itself. To that end, the Model Standards advise mediators to “be sensitive to the impact of culture and religion on parenting philosophy and other decisions.”17

In contrast, under the Hague Convention, unless the child is at imminent risk of physical or psychological harm, his or her best interests are a moot point, because the Judge rules only on the jurisdictional issue, returning the child to his or her “habitual residence” so that custody litigation may commence. The courts in the home jurisdiction will necessarily interpret the child’s best interests in light of prevailing cultural norms. Mediation may suddenly become an attractive (and now entirely ethical) option for one or both parents.

Critics of the Hague Convention from within the ADR community fail to realize that family mediation and Hague litigation are not mutually exclusive. They advocate for mediation as an alternative to Hague proceedings, but downplay the ethical problems with family mediation in the shadow of IPK. The Hague Convention’s narrow focus on jurisdiction mitigates most of the problems associated with IPK, effectively domesticating what was previously an international dispute by establishing jurisdiction. This limits the coercive element and creates the conditions that make self-determination possible again for participants.

Once pre-abduction conditions are re-established and the unfair advantages of IPK have been mitigated, the mediator no longer needs to be concerned with whether the mediation process is facilitating ongoing illegal conduct, and can concentrate instead on shaping the mediation process to mitigate any lingering effects of prior abuse on participants’ capacity for self-determination, in accordance with the “appropriate an adequate” training required in Standards IX(B) and X(B).18

Furthermore, post-Hague mediation is actually an attractive option for the abducting parent. Courts in the child’s “habitual residence” will have been prejudiced by the abducting parent’s conduct during (and following) the abduction. He or she may reason, quite correctly, that a “fair hearing” is more likely in family meditation than in the courts, which are often more focused on past wrongs than on negotiating a plan for co-parenting in the future.

Mediators undoubtedly have a contribution to make in solving the problem of IPK. This contribution, however, should supplement, rather than replace or modify, the Hague Convention’s important function. If professional neutrals, scholars and others in the ADR community truly wish to mediate IPK cases, they ought to first let the Hague Convention do its job. A Hague decision on jurisdiction is the foundation for any ethical mediation of international child custody matters.

Love: Is Mediation a Sleeping Beauty
The Process of Mediating Employment Disputes in Beverly Hills CA
Mnookin on NPR'S "All things Considered"

Kristofer Michaud
Kristofer is a practicing attorney, professional neutral, and writer on mediation and international law. He maintains a private practice in criminal and family law in upstate New York, while working toward his Masters in Dispute Resolution at Pepperdine School of Law in Malibu, California. Kristofer graduated from the B.C.L./LL.B combined program at the Law School of McGill University in Montreal, Canada.