Negotiation Lessons from the Brexit Rollercoaster 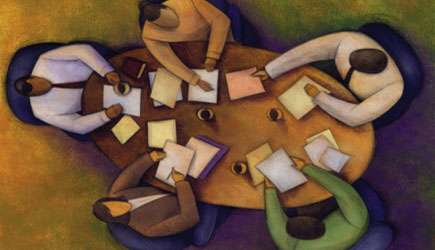 With one year to go until the UK leaves the EU, we’ve analysed some of the twists and turns of the Brexit negotiations so far.

This was the equivalent of forcing your entire family onto a rollercoaster because some of your kids are screaming they want it to start without checking what the ride entails, if you’re wearing safety-belts or that all your family members are height suitable for the ride.

As a way of beginning a negotiation, this was more of a political gesture than a strong negotiation tactic.  In starting the Brexit process to her own timetable, May was trying to pull a unilateral move stating that Britain, as the country initiating the Brexit process was the dominant party.  In real life, this sort of power play is rarely constructive.  Firstly, if you come into a negotiation acting extremely competitively you are likely to jeopardise any initial rapport and relationship building points which are so essential at the start of the negotiation. Secondly, trying to run a negotiation by “your rules”, only works if your rules are close to the rules accepted by the other side – here they weren’t. Thirdly, you need a clear internal mandate, set of goals, cohesive team and united support to play it so forcefully.  The UK did not have that and therefore it was easy for others to pull apart and weaken the UK’s negotiation position at this point, by looking at the disharmony from within the UK and commenting on it.

The outcome of the General Election where Prime Minister Theresa May lost a majority and had to find votes from the Democratic Unionist Party (DUP) was an unpredicted derailment.  Theresa May thought that she was safe but overestimated the level of support there was for her and her party whilst at the same time failing to campaign effectively.  It was like the boss of a company announcing a major strategy to take place in 6 weeks’ time with no notice or preparation and then going on annual leave until the day of the launch.  In terms of the immediate impact on the Brexit negotiations, it unsettled the Government and weakened significantly the UK’s authority.  On a positive note, the General Election losses in the long term did reduce some of the less-than-successful chutzpah of the Government’s Brexit strategy as they subsequently presented a more conciliatory tone, ironically strengthening their position as the UK started to look like a more reasonable negotiation partner.

Autumn 2017- Stop the ride, I want to get off! – The DUP scupper a deal; the Department for Exiting the EU reveals that it has not done any background research on the impact of Brexit

The biggest dip of the Brexit negotiations (so far).  Theresa May announces an initial deal with the EU, only to get pulled out of the announcement meeting by Arlene Foster from the DUP telling her that they are not willing to let her agree that deal.  David Davis is questioned by the Select Committee on Exiting the EU who challenge him on the lack of fiscal checks on the economic impact of Brexit.  The Government focus on a minor issue in their press statements – Blue passports- as though it were the most important feature.  There is very little positive here.  In the commercial world, the negotiating team would most likely have been sacked and replaced at this point, as they are revealing basic failings in preparation, knowledge management of your position and ability to keep the internal stakeholders on board.

December 2017 – On an upward trend? – Things calm down; an initial deal is announced before Christmas

After the disasters of the Autumn, the end of 2017 actually went well for the UK Brexit negotiators.  The negotiations started being conducted more quietly and thoughtfully and by the end of December, an initial agreement was reached.  This was a positive step as whilst the timing seemed a little forced (in that the agreement was just before Christmas), it was good to see that some initial points had been agreed.

February/March 2018 – A smooth(ish) patch – Future agreements are made including a transition period; negative financial indicators are revealed but do not destabilise; major push back is limited to a disagreement about fish and passports

As the negotiation entered its fourth quarter, discussions continued to improve and there were more measured reactions to both positive and negative news. The negative impact of post-Brexit financial indicators, showing a between 2% and 8% deficit were contained and understood; whilst the positive outcome of agreeing a transition period allows for some of the risks that the negotiations were encountering to be controlled.  In the scheme of things, relatively minor issues such as fishing rights and whether or not passports are blue continue to occupy the attention of the press.

The Future: More twists and turns?

It is hard to predict what the next stage of the Brexit rollercoaster will be.  The best negotiating strategy for the Government should be to continue acting in a considered, open, thinking, manner while continuing to develop a relationship with an important trading partner and building agreement sensibly and on solid foundations.  There is still potential for massive dips and the Government needs to be prepared for criticism of its strategy and aims, as well as for the need to make concessions on some items.  The Government should also not be distracted by small issues getting inflated by external parties.  If it’s possible to keep calm and stay rational then the process should be as good as it can be.  If not, well, any crash could happen.

Frederick Way
Frederick joined the CEDR Foundation in September 2012. As research manager, Frederick is in charge of the development of all of the Foundation’s projects and activities, both carrying out his own research as well as supporting other staff members in their specific Foundation-based projects. Frederick is the primary point of contact for all of CEDR’s Foundation training bursaries and ADR internships.
This website uses cookies to improve your experience. We'll assume you're ok with this, but you can opt-out if you wish. Cookie settingsACCEPT
Privacy & Cookies Policy