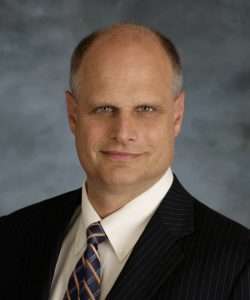 “Since the arch of my trajectory is not yet complete, I can only hope that I can help instill the invaluable lessons of conflict resolution in a troubled world.”

Occasionally, frustration with the system can create spectacular and innovative ways of solving problems without using that system.  In fact, that’s what happened with Bruce Edwards, one of the founding members of JAMS and one of the masterminds behind the idea to use mediation to resolve commercial disputes.  The idea that Mr. Edwards had while being frustrated with the way that the law deals with conflict has blossomed into a valuable and widely used practice—using mediation to resolve commercial disputes.  Mr. Edwards has used his skill and knowledge to settle well over 7000 disputes in the United States and to train the newest generations of commercial mediators.  Today, Mr. Edwards splits his time between serving as a mediator, special master, and arbitrator at JAMS and providing training for mediators to hone and develop their skills at the Edwards Mediation Academy.

Mr. Edwards earned a degree in Psychology from the University of California, Davis and his Juris Doctor from the University of California, Hastings School of Law.  After graduating from law school, Mr. Edwards began working as a litigator in a San Francisco firm. But his background in psychology made him frustrated by the lack of relational problem-solving in his practice.  He began feeling like the whole system of dispute resolution was inadequate for the clients he was serving. As Mr. Edwards states, “Early in my legal career, I realized that what I was being taught about resolving disputes through litigation didn’t comport with my educational background in psychology or other life experiences resolving disputes. It was increasingly clear that litigation failed to address the root causes of conflict and worse yet, often polarized further those involved in the process.”

After this realization, he left traditional legal practice to find a more satisfying and economical approach.  He began mediating and training on his own for a few years while continuing to work for the firm.   He also began to combine his training in the principles of psychology and therapeutic science with the world of dispute resolution and created his unique style of mediation that has allowed him and many others to excel in their careers in mediation.   Mr. Edwards and his friend John Bates joined together after a few years and created the Bates Edwards Group to resolve commercial disputes.  This group would go on to be the first and largest attorney commercial mediation company on the West Coast.  After a couple of years with this group, the Bates Edwards Group merged with Endispute to expand their practice nationwide.  The company boomed in a field that was growing just as quickly.  Finally, in 1994, Endispute merged with JAMS to become a commercial mediation giant in the United States.  Mr. Edwards would mediate with JAMS, as well as provide corporate governance, teaching, and business development to JAMS.  Additionally, Bruce served on and off the board of directors since the merger with Endispute, ultimately serving as Chairman of the Board from 2012 -2014.  Mr. Edwards still serves as a mediator and arbitrator for JAMS.  He also serves as a special master—a person appointed by the court to oversee one or more aspects of the litigation process, such as discovery or preliminary hearings.

We were attempting to bring about a paradigm shift in a 250-year-old legal system that had fully embraced litigation as the go-to system of dispute resolution.

When considering this transition, Mr. Edwards recalls, “It was a total leap of faith. Keep in mind, when John Bates and I made that leap, there was almost no one else doing what we had set out to do; apply mediation skills in the context of mainstream commercial disputes. There was no court mediation. We were attempting to bring about a paradigm shift in a 250-year-old legal system that had fully embraced litigation as the go-to system of dispute resolution. We weren’t transitioning so much as conducting a grand experiment. In later years, I described the ‘transition’ we made like that of a circus trapeze artist who first has to let go of one bar, and get comfortable flying through the air untethered, before safely grabbing another.” This transition did not come without challenges, which Mr. Edwards describes as, “Convincing people that I wasn’t crazy leaving the relative security of a law firm partnership to create from whole cloth a new profession—one that most people had never heard of much less understood its value. To add to the challenge, I was an unknown 30-something-year-old attorney with no name recognition, judicial gravitas, or venture capital backing. Based on this experience, I’m fond of telling mediators around the world, If I can do it, so can you!”

The rest of this transition was the first mediation Mr. Edwards conducted, which was a success due in part to the development of the field that Mr. Edwards had created.  Mr. Edwards describes his first mediation as one where the parties in the case would have likely described it very different from what the true interests were about, saying, “The lawyers in the case would have described it as a real estate dispute involving issues of trespass when a flood from an adjoining property owner destroyed research documents that were stored in the homeowner’s garage. These documents comprised the research data supporting the homeowner’s Ph.D. thesis. What I will always remember is that despite knowing nothing about real estate law, I was able to effectively steward the parties through difficult and emotional conversations that looked nothing like the litigation process that awaited them. The case was resolved because we were able to address the underlying needs and interests of the parties.”

A curious person may wonder how this concept works in practice. Considering what a mediation with him looks like, Mr. Edwards describes the dramatic shift that has taken place in his practice since the beginning of the pandemic, stating, “The answer to that question has profoundly changed since the beginning of the pandemic. Historically, my daily mediation practice was built on attention to detail in the convening stage. From there, I strongly encouraged the use of face-to-face meetings once underway in mediation punctuated by private discussions that offered the opportunity for empathetic listening and ultimately, a robust debate on issues.

More recently, the forced marriage between technology and mediation has taught us valuable lessons about hybrid practices and we have ushered in an even broader set of tools for our profession.”

During his career, Mr. Edwards has been a witness to the shifting and growing mediation field, which he describes using a segment he uses when teaching mediation called “The Changing Table of Mediation.” Throughout his historic career, Mr. Edwards has been present during many shifts, and he describes this shift as taking place in several ways.  He says, “Structurally, there is much greater attention paid to pre-mediation activities such as convening and process design than there was in the early days of mediation. Also, there is a greater need to stay engaged with the parties after the formal first session, particularly in complex cases. Perhaps the most consequential change has to do with technology and the use of various technologies, once disfavored, but now providing important tools to connect in a virtual world. Finally, advances in neuroscience and with it, important lessons about emotions, biases, and how we process information and communicate with those around us, have added immeasurably to our understanding of human interaction.”

Mr. Edwards practices a wide variety of mediations and arbitrations.  He tends to focus on complex disputes, often involving emotions that complicate and drive the case.  His practice areas include:

Throughout this practice, Mr. Edwards has collected a rather impressive list of settlements, some highlights of which include resolving:

These are only a few of Mr. Edwards’s settlements that he has collected over his career.  In addition to his settlement agreements, he has also been recognized frequently for his success in mediation by various organizations, including being named the ADR Champion in the 2018 National Law Journal.

Mr. Edwards also takes all of his skills and expertise in mediation to provide high-quality training in commercial mediation to anyone who would like to learn more about the field.  This is done through the Edwards Mediation Academy, which Mr. Edwards founded with his wife, Susan Franson Edwards in 2014. The majority of the content is online, allowing people around the world to access his teachings.  Not only does Mr. Edwards provide content, but he also shares lessons and courses from Peter Robinson, Danny Weinstein, Nina Meierding, and Eric Green.  Students can access content from anywhere in the world and connect with some of the commercial mediation field’s most outstanding experts.  He also teaches at a variety of law schools, including the Straus Institute for Dispute Resolution.

Personally, Mr. Edwards and his wife have raised three children “who have been imbued with roots and wings: a strong sense of family yet a global perspective,” which he described as what he is most proud of outside of work.  Regarding his wife, Mr. Edwards describes her as one of the most influential people in his career, saying, “Susan had the vision to create an online training platform years before attorneys were receptive to the virtual world and she continues to challenge me to be the best trainer/educator possible.” When he is not mediating, Mr. Edwards loves to spend time in nature and recharge, including hiking, cross-country skiing, and mountain biking.

Mr. Edwards has advice for both those new to mediation and those burnt out.  First, to new mediators, Mr. Edwards offers the following advice, “Given that I have developed a 30-hour course on the topic at Edwards Mediation Academy, there is a danger in any abbreviated response. That said, first and foremost, I think aspiring mediators need to start with honest self-reflection. What am I good at and what can I do better. Approaching the new profession with accountability and a keen sense of humility will go a long way. The road to a successful career in mediation is littered with those who confused hope with having a specific business plan.” And for burnt-out experienced mediators, Mr. Edwards says, “It’s true in our profession that the best and most successful mediators are empathetic and work close to the emotional flames of conflict. As a consequence, self-care and self-compassion are often overlooked but essential traits for a long-term career in mediation. Whether it’s meditation, exercise, healthful eating, or rest, the most successful mediators train like an athlete while seeking to avoid the long-term effects of compassion fatigue and burnout.”

Another important way that mediators can care for themselves is to remember the best parts of the job.  For Mr. Edwards, this is “the opportunity to assist people in what is often the most challenging moment of their lives. And along the way, to share in the stories that underlie conflict while looking for ways to forge connections. Mediation, particularly in complex cases, is like a human jigsaw puzzle, and the opportunity to work with the pieces presented and help fashion something that resembles an optimal outcome, is a true privilege.”  And what a true privilege it is to learn more about mediation from one of the pioneers himself.  To end, it is only appropriate to leave with Mr. Edwards’s wish to be remembered by: “That I made a difference in the lives of others, either through daily efforts to resolve specific conflicts, providing thought leadership in this nascent profession or bringing high-quality mediation training to distant corners of the globe. And since the arch of my trajectory is not yet complete, I can only hope that I can help instill the invaluable lessons of conflict resolution in a troubled world.”

To get in touch with Mr Edwards and for more information, please visit: Edwards Mediation Academy.