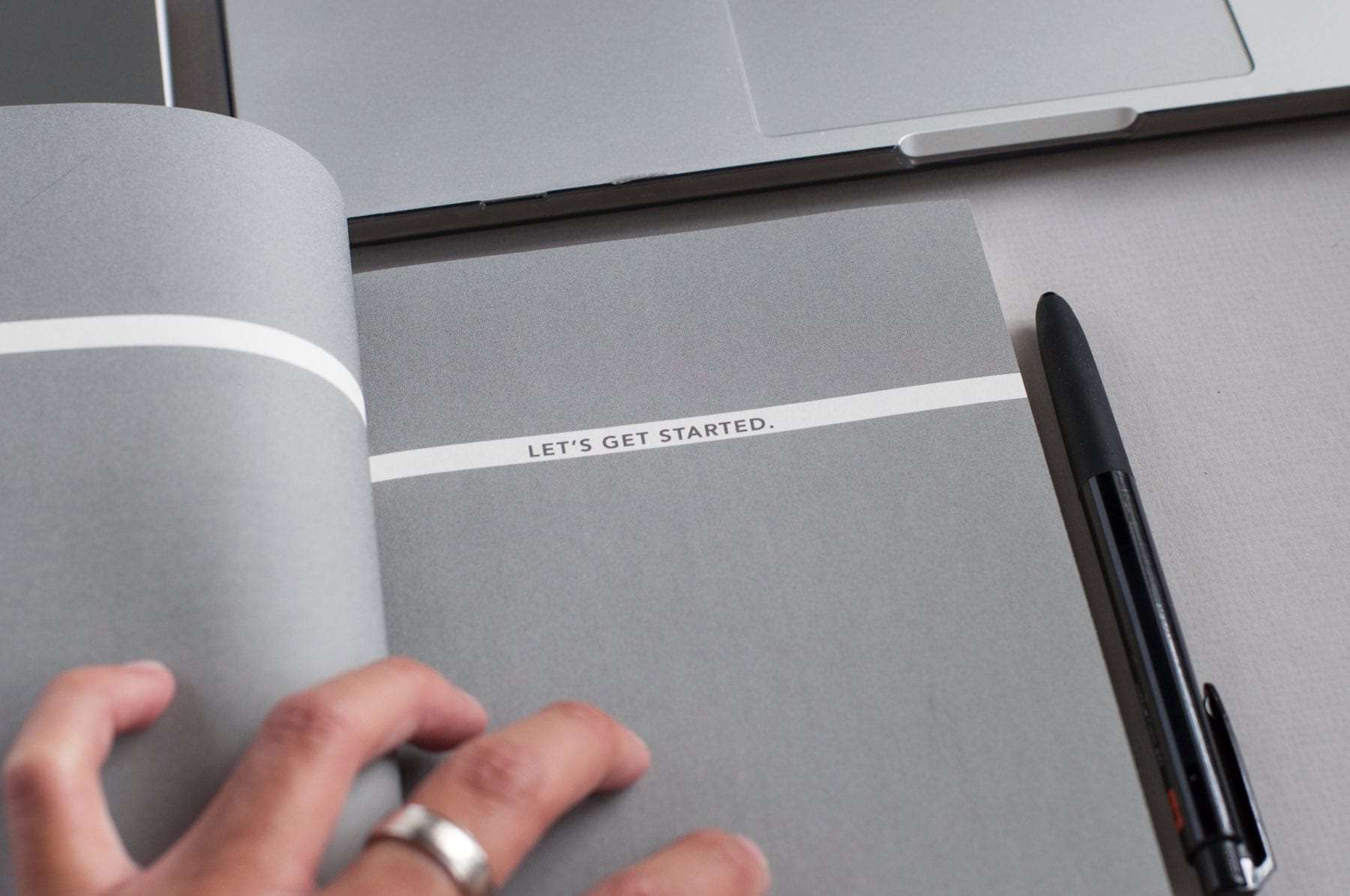 One of the most bitterly contested issues in arbitration law over the last twenty years is the legality of class action arbitration and waivers thereof.  Professor Elizabeth Tippett calls it the $100 million dollar question for Uber, referring to that company’s high-stakes employee misclassification litigation under wage and hour laws.

Of course, Uber isn’t the only company that is part of the “sharing economy,” in which employers and employees seek and accept tasks using shared digital platforms.  As the social and economic forces that have led to the decline of brick-and-mortar enterprises and the increase in online labor continue, this sector of the economy will grow.

We will begin with a brief review of federal class action rules. Then we’ll consider their use in arbitration, their legality, and class action waiver arbitration clauses.

Federal Rule of Civil Procedure (FRCP) 23(a) sets forth the requirements for the class treatment of litigation:

Class actions have been employed in numerous contexts including civil rights, securities fraud claims, product defect litigation, consumer and environmental claims.  Commentators have praised class actions as a means of vindicating individuals’ rights where sing claims would be too small to bring economically. Others see the huge damage potential of multitudinous class claims as a blunt instrument with which plaintiffs’ lawyers coerce defendants fearful of unsustainable aggregate damages into an early settlement.

Of course, both things are true: attorneys are more willing to risk a loss if the possible gains are huge, and the magnitude of potential loss generally makes settlement more likely.  But because class certification may encompass tens of thousands of claims, class treatment can unexpectedly create huge mountains out of tiny molehills.

Suppose that a statutory violation carries a penalty of $1,000.  Most individual litigants would not move forward, nor would most attorneys take the case. The burden of litigation is too great and the reward too small.  A statutory attorneys’ fee provision or the possibility of a treble damages award might change the incentives, but not by much.   At most, those wronged would go to small claims court, where the matter would be resolved quickly.  But if we assume there are 100,000 potential class members, class action treatment turns the small claims matter Into a $100,000,000 lawsuit that will take years to resolve — and gives plenty of incentives to vindicate the rights of others.  Arguably, though, it ignores the Legislature’s judgment, implied by the small penalty, that vindication of the right did not merit using significant court resources.

Class arbitration is lawful but disfavored

The US Supreme Court reversed without deciding the issue, holding that, under the terms of the arbitration agreement, whether class treatment was appropriate was an issue for the arbitrator to resolve.  By doing so, it silently endorsed the legality of class-action arbitration.

Less than four months later, the American Arbitration Association (AAA) issued a set of rules designed for class arbitration. The Supplementary Rules for Class Arbitration (‘‘Supplementary Rules’’) provide that they ‘‘shall apply to any dispute arising out of an agreement that provides for arbitration pursuant to any of the rules of the American Arbitration Association (“AAA”) where a party submits a dispute to arbitration on behalf of or against a class or purported class and shall supplement any other applicable AAA rules. These Supplementary Rules shall also apply whenever a court refers a matter pleaded as a class action to the AAA for administration, or when a party to a pending AAA arbitration asserts new claims on behalf of or against a class or purported class.” (AAA Supplementary Rules, Rule 1(a)). JAMS rules effective 2009 are largely interchangeable with the AAA rules and, at least in terms of certification decisions, which are similar to the FRCP process. Hundreds, and perhaps thousands of arbitration class actions took place after the Bazzle decision.

The Stolt-Nielsen and Lamps Plus cases

The shipping contract (known as a “charter party”) was absolutely silent as to whether a class arbitration process could be used. Instead of searching for a default rule in either New York or maritime law, the arbitration panel held as a matter of public policy that class action treatment should be available in the circumstances, thus going outside the language of the charter party and the applicable law.  But arbitrators are not common law judges. They can’t just do what they think is right. There has to be a legal or contractual basis for their actions.  Because the charter party was silent and no analysis was done as to a legal default rule, the arbitrators exceeded their jurisdiction. The US supreme court also showed open hostility to action arbitration, calling it fundamentally different from binary arbitration, and noting that it lacks the primary advantages of arbitration agreements for which appellate review is sacrificed— speed, economy, informality, and confidentiality—while increasing risk.

In Lamps Plus v. Varela, a 2019 case, the court reaffirmed and extended Stolt-Nielsen.  Varela was an employee of Lamps Plus whose tax information was stolen by a hacker.  He sued on behalf of himself and all others affected, and his employer moved to compel arbitration agreements. The district court compelled class-wide arbitration and Lamps Plus appealed. The Ninth Circuit affirmed, finding the agreement ambiguous and applying the state law rule construing contracts against the drafter. The Supreme Court reversed, preempting state law to the extent that it allowed class-action arbitration without the consent required by the FAA. The ambiguous contract did not allow an inference of consent because a lack of consent could also be inferred.

Because class treatment substantially increases the risk of unacceptable loss and the likelihood that settlement will occur even if the merits do not justify it, agreement drafters and potential defendants began adding class action waivers to their arbitration clauses.  Because this left class plaintiffs (usually consumers) with no cost-effective remedy, some states held them unconscionable and unenforceable. (See e.g. the 2005 California Supreme Court opinion in Discover Bank v Superior Court). The waivers-are-unconscionable cases were overruled by the US Supreme Court, which held in AT&T Mobility LLC v. Concepcion that the rule invalidating class action waivers in arbitration improperly interfered with the arbitration. Who would  “bet the company” with no chance at appellate review? The rule was therefore preempted by the FAA.  The dissent pointed out that the plaintiffs would never have retained an attorney for their  $30.22 claim weren’t joined with many others.

The dissent’s point was made again five years later in American Express et al. v. Italian Colors.  There, a restaurant brought an antitrust class action against a credit card issuer. who moved for individual arbitration and pointed to the arbitration clauses and class action waiver in the contract between the parties.  The district court granted the motion.

On appeal, the Second Circuit refused to enforce the provisions at issue, reasoning that they effectively shield American Express from antitrust liability because individual plaintiffs cannot afford the high cost of antitrust litigation.  The US Supreme Court held the class action waiver valid since nothing guaranteed a cost-effective remedy in every case.

The result was a massive jump in the use of arbitration and arbitration class action waivers. Tippett and Schaaf estimate that since Italian Colors was decided, arbitration use in the sharing economy has increased from one-third to two-thirds in contracts surveyed and that nearly all of these contracts use class action waiver clauses. So while class-action arbitration agreements are legal, they are unlikely to be used much absent Congressional action.