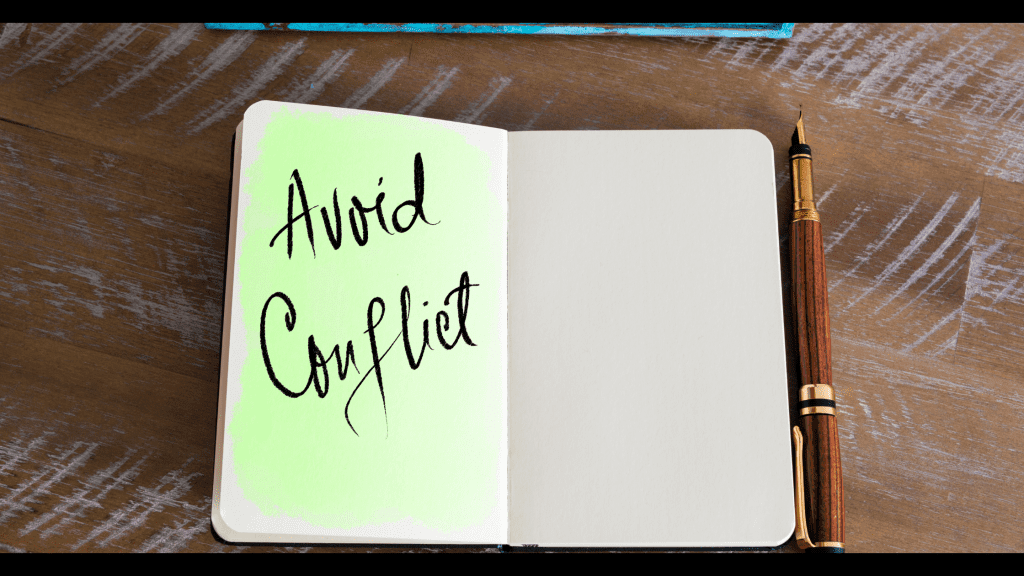 Conflict is an inevitable part of life. It will be present wherever there is social interaction. We compete and conflict over scarce resources, perceived insults, and in the search for dominance.

But not everyone deals with conflict in the same way. There are five basic styles of conflict management. They are:

Some theorists simplify these styles into a dichotomy between conflict seekers and conflict avoiders. But characterizing any of the conflict management styles as conflict seeking is inaccurate. Seeking conflict would be counterproductive to the fulfillment of anyone’s interests in all but a few cases. At most, competitors are indifferent to conflict.

The origins of conflict avoidance:

Taking this into account, in the individualistic culture person is seen as a separate entity, expected to compete and otherwise conflict to achieve personal goals.

Workplace promotions and rewards ness are given on an individual basis. Everyone seeks their own benefit, though putting others first does occasionally occur.

In contrast, collectivist cultures place the group’s well-being (family, clan, company, or nation, for example) above the individual’s goals. Teamwork is rewarded in the workplace. Relationships are given priority, as is harmonious coexistence. Conflict with group members is viewed as a failure, perhaps even a disgrace.

Recently, a study was done to discover the causes of conflict avoidance in two cultural groups. And residents of a community in the United States and Hong Kong were asked to read a conflict scenario and indicate how likely they were to engage in a conflict. The conflict was most likely because the stakes involved were high, and the potential disputant was from an out-group.

A build-up of resentment, a passive refusal to cooperate, frustration, or other adverse consequences may still occur without open disagreement. Sometimes there is a feeling that the avoiding party is being deceptive.

Past experience and conflict avoidance

Not all conflict avoidance behavior is the result of culture. Some of it has to do with personal background and personality. For example, some academics cite growing up in a family where your ideas are dismissed or heavily criticized. Why disagree if doing so is either ignored or severely criticized?

In addition, some conflict avoiders may have been in situations where conflict led to violence, emotional abuse, or simply disapproval from someone important. Any of these circumstances would make engaging in conflict unappealing.

Even if they did not grow up in a collectivist culture or have past experiences that make conflict uncomfortable, others’ personalities might make conflict avoidance likely.

Those with a people-pleasing personality almost always avoid conflict. Such people go out of their way to be helpful and kind, often at the expense of their own interests. They frequently agree with those around them to be liked, regardless of their private opinions.

People pleasers have serious difficulties saying no to others. Sometimes they make excuses and don’t follow through. Still, many find themselves doing things they wish they had not promised to do to avoid conflict.

Because people pleasers will do almost anything to avoid conflict, they find themselves conforming to the group around them. Often, acting in ways they believe are wrong.

The stress of constant people pleasing and suppressing conflict leads to passive-aggressive behavior, withdrawal from relationships, and depression.

An introvert enjoys time alone or with one or two other people. They tend to avoid social situations and do not talk much. They typically become emotionally drained after spending a lot of time with others.

Introverts are quiet people who focus on their inner thoughts. They are usually conflict avoidant, tending to stay out of office politics and other disagreements. Although they are typically reluctant to discuss their feelings, they are generally praised as good listeners and have a high degree of empathy.

More than one author has suggested that introverts would be good at dispute resolution because of these skills. But their dislike for conflict, disinclination to talk much and discomfort in groups make the idea of an introverted neutral questionable.

Low self-esteem is characterized by a hyper-critical view of oneself, denigration of one’s achievements, the belief that others share these views, and an expectation of consistently negative outcomes.

While some people with low self-esteem use aggression to try reclaiming a sense of power, in general, they are conflict avoiders.

Recent research into romantic partners found that they tended to avoid conflicts if they had diminished self-esteem. Avoidance arose from feelings of insecurity about the other partner’s feelings for them. That, in turn, led to withdrawal from the conflict.

Subjects with a negative self-concept have doubts about their partners’ feelings about them. Such low self-esteem, people use defensive, self-protective behavior, including avoiding confrontation.

Now that we fully understand the reasons behind conflict avoidance behavior, we can formulate a way of dealing with it productively. This involves several steps:

Conflict avoidant behavior all comes from a place of fear. The fear may be of the disapproval of a collectivist’s in-group for disturbing its harmony by engaging in conflict or fear of undesirable consequences based on negative past experiences associated with conflict. Perhaps it is a people pleaser’s fear of disappointing others. It could be an introvert’s fear of messy emotions and too much talking. It might be the fear of rejection or abandonment suffered by those suffering from low self-esteem.

Regardless of the exact cause, the result is fear and avoidance of conflict. The fearful emotions and dire expectations must be addressed to overcome conflict-avoidance behavior. The first step is to recognize and empathize with the fact that at least some people present have had experiences with conflict. Reassure them that those experiences will not recur during this process. Discussing feelings openly brings them into the analytical part of the brain and helps lessen the impact of emotions.

Step 2: Reframe from conflict to problem-solving

The avoiders in the process do not like conflict. So reframe the dispute. Instead of looking at it as a conflict, speak of it as a shared problem to be solved by everyone working as a team. Then find the best way to address everyone’s interests and achieve a win-win resolution. Anyone from a collectivist background will be used to working in teams.

Step 3: Use a collaborative approach

Of the five conflict management approaches discussed above, the only collaboration will work well with conflict-avoidant participants. Competition often results in open conflict. Compromise will have elements of conflict as people argue about the relative value of the sacrifices proposed or made to achieve agreement. Neither avoidance nor accommodating fulfills everyone’s interest. This will lead to resentment and other problems later.

Step 4: Agree on ground rules to create a safe space.

Conflict makes avoiders feel unsafe. Many of them are conformists, used to following clear rules of behavior. Some will even change behavior to be part of the in-group. So part of successfully dealing with avoiders is the establishment of clear written rules that everyone must agree to:

Dealing with conflict avoiders is difficult. But an integrative resolution is possible by understanding the cause of avoidance and following these steps.