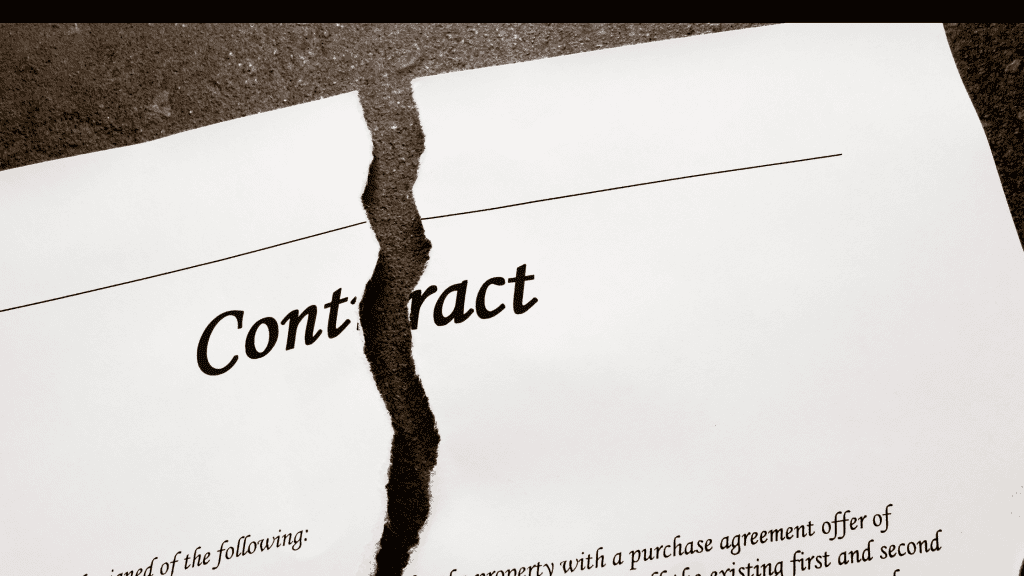 When creating a contract, few people imagine that they will need to use the frustration of purpose to stop performing under the contract. However, no one can foresee how things will happen as the contract moves on, and events can render the contract useless to its purpose. Contracts are agreements between two or more parties to exchange goods or services.

Once the parties create a contract, they cannot remove themselves from the contract except for a few particular situations or any options in the contract. The ways that a party can get out of performing under a contract are called defenses, and frustration of purpose is a defense to performance or lack thereof under a contract.

The Frustration of Purpose Defined:

As stated above, the frustration of purpose is a defense to a contract. This means that if a party can meet all the elements of the defense, they will be able to get out of their obligations under the contract, which is often payment. The frustration of purpose means that one of the parties had a purpose for the contract that both parties were aware of.

Because this defense does excuse a party from performance, it is crucial that when the purpose is frustrated, it effectively alters the purpose of the contract as the parties understood it. Therefore, a minor inconvenience with the purpose will likely not rise to the level of frustration of purpose.

For example, consider a contract where a music lover agrees to rent a vintage convertible from a rental company for $750 to drive to a festival four hours away. If a hail storm destroys the vintage convertible, the contract would be impossible to complete because the car no longer exists.

If the car broke down and needed a part, the company would have to pay a lot of money to get it in time, and the contract may become impracticable. Finally, if the festival was canceled, the music lover could have the contract canceled due to frustration with the purpose.
The distinction is that it focuses on the purpose rather than the contract itself.

The Elements of Frustration of Purpose:

Understanding these elements can help evaluate when a party’s frustration with purpose is an option. Again, because this defense can allow a party to cancel a contract and the courts tend to favor a finding that a contract is enforceable, the law has placed very narrow parameters on how and when this may be used. The elements that a party needs to meet to prove frustration of purpose are:

To better illustrate this, let us consider each element using the above car rental example.

Again, these are elements, which means that the party claiming frustration of purpose would need to prove all four exist. Running through these examples, it would seem that the music lover should be able to argue that the purpose was frustrating.

Because this is a defense, it is usually not used to cancel a contract outright. Instead, it is more commonly used when the other party sues the party whose purpose was frustrated for not performing on the contract. This would happen in the example if the rental company sued the music lover for $750 because they did not pay.

To protect the defense, if a party believes such an event has happened, they can send the other party a written legal that they believe the contract is unenforceable due to frustration of purpose. This notification helps protect both parties because it preserves the defense and helps keep the other party from starting to perform on a contract with no purpose.

It is also crucial for the parties to discuss if there is anything that can be done to at least partially complete the contract before entirely canceling it; however, this is often not the case if there is a frustration of purpose defense.

For example, in the car rental scenario, the music lover could immediately tell the rental company that they would like to cancel the contract because the festival was canceled. Therefore, they have no reason to drive the car on those days.