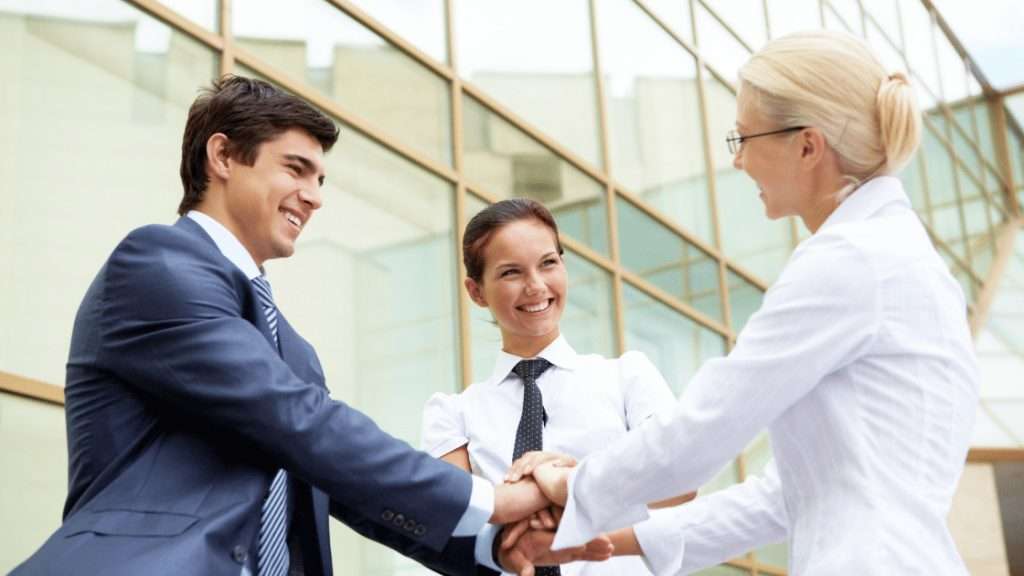 The factors that contribute to an imbalance of power are often hard to notice on a day-to-day basis, but over time they contribute to an unhealthy dynamic if they are not addressed.  Imbalances of power can be found in every relationship that we engage in as humans, from our most vulnerable and trusted relationships with partners and best friends to workplaces or even in government.  Many times, when we discuss power imbalances, we focus on how to identify and address them, which is helpful in our everyday lives.  However, it is also important to examine the factors in a relationship, whether romantic or professional, that could contribute to the exaggeration or manipulation of power imbalances.  Understanding how these factors contribute to how we identify and address imbalances is key to determining how we can move forward.

After discussing the factors, the article will look at the ways that imbalances can fester if left unattended and answer the question of whether there are instances where imbalances may be a good thing.  Finally, the article will look at identifying and addressing power imbalances in relationships to heal wither with each other or apart  The goal of this article is to identify factors that commonly influence the imbalance and how these factors can be used to identify and address any imbalances that we find.

Power exists in all relationships.  It allows us to use our influence over others to achieve what we want or need.  It is healthy for humans to use their power to achieve their goals and get what they need.  When humans are exercising a healthy amount of power, we feel the ability to control the outcome of our choices and that our power matters. It enables healthy decision-making and action overreaction.  Power is a necessary aspect of the human experience, and empowered people are equipped to affect change over their lives and the people around them.  However, when a person is using their power to control another human in some way, it becomes unhealthy, especially when the control diminishes the other person’s power.

Control is the other aspect of power that needs to be discussed.  Control, as mentioned above, is the ability to affect change in circumstances and achieve goals. Control, to some extent, is a healthy human need as well.  It comes in the balance of understanding what we can and cannot control in our lives and living with power over the things we can and accepting the things we cannot.  Control allows us to feel like we are capable of big things in the world and can encourage us to achieve our goals and purpose.  However, control is unhealthy when we attempt to assert it over another person in a way that interferes with their control.  Doing so impairs their power and creates a situation where power is out of balance.

Taking the factors of power and control into a relationship, an imbalance of power results when one person or group of people exerts power and control over another.  The power of the dominant party will control the decision-making and other aspects of the other’s lives in ways that disadvantage them.  It also includes not taking the person with less power’s best interests into account and forcing only what is good or best for one of the parties over the other.  A power imbalance, in simple terms, results when the decision-making and other aspects of the relationship are shared equally among the parties.  One party is often in control and the other is being controlled.  This is more common than we realize because humans have flaws, and there are often things that rob us of our power.  When power is robbed or neglected, it leaves a vacuum for someone to fill, either consciously or unconsciously.

Any relationship between two or more people may have a power imbalance.  As long as there is the power that will be shared between the parties in some way, there may be issues with how that power is shared.  Some examples of relationships where imbalances of power are common include:

Factors Contributing to an Imbalance:

Now that we understand what a power imbalance is and the common relationships where power imbalance may need to be addressed, it is time to turn to the bulk of this article—the factors that contribute to power imbalances.  These factors influence how power is given and received in a relationship and how the partners make choices that affect their lives.  While the presence of these factors is not necessarily an indicator that power will be unequally shared, it does indicate that power could easily shift to one partner if care and consideration are not made for the others.

Many of these factors are personality traits in one or both partners.  When discussing each factor, we will discuss both the personality that could potentially be controlled and the one that could end up controlling the other, whether consciously or unconsciously.  Identifying these factors early in a relationship, especially if both sides are present, can indicate that power can easily be controlled if not consciously addressed.

One’s ability to assert themselves and their opinions or preference to another or a group may determine the balance of power in a relationship.  If someone lacks assertiveness and does not voice their concerns or opinions, they will often be overlooked or ignored when decisions are made and may end up under the control of another. On the opposite end of the spectrum, someone who is overly assertive and unable to consider others’ needs or opinions may easily control someone who is not in a position to assert themselves in defiance of this person.

A person’s sense of control over themselves, particularly over their body, can be indicative of the ways that they will respond in situations where another attempts to exert control over them.  Autonomy is the ability to make decisions for oneself and the independence that comes with that.  When a person is over-dependent on another to make decisions for them, they lose some of their autonomy and can be more easily controlled.  Conversely, if a person is so independent to the point where they do not consider the people around them before making decisions, they may have the ability to control others easily.

Another factor that can influence how partners share power in a relationship is the way that each person views power.  Someone who views power as important and feels the need to have the power will likely control much of the power in a relationship.  However, someone who is uncomfortable with power and uneasy with the way that asserting power may affect a relationship may refrain from using their power and allow the other person to exert more power than they would otherwise.  The ways that we view power can have a profound impact on our relationship with another person and how we respond to power.

Healthy self-esteem recognizes the value that one holds, but does not use this value to belittle or demean others.  It understands worth and will not accept less than what they deserve.  However, when self-esteem is low and often coupled with shame, it can be easy for a person to be controlled by another.  When someone does not see their worth, they may accept less out of a partnership and give up their power.  On the flip side, when a person has an inflated sense of self-worth or overconfidence, they may take more than they should from another person and may easily exert control over others, especially if they are paired with someone with low self-esteem.

People tend to focus on both themselves and others when making both big and small decisions throughout the day.  A person who is consistently focusing on other people, or externally focused, will often ignore their own needs or opinions and choose what is best for others.  While this is healthy in certain situations, a constant or habitual external focus can result in a person who is controlled by another.  The opposite side of this is a person who is habitually internally focused and does not account for the needs of others when making decisions.  This type of person can easily force their way onto others and control the situation.

Other factors may influence the way that control and power are shared within a relationship, but one of the key factors to watch for is when one party may put less emphasis or stock in their own feelings or opinions and another person that may have the ability and desire to exploit that in some way.  When one person gives up some of the control and another person exercises control to take or fill that void, there will be an imbalance of power that will need to be addressed.  Again, the presence of one or more of these factors does not necessarily mean that there will be an imbalance, but the longer these factors go unacknowledged and unaddressed, the higher the chances that a power imbalance may be present in the relationship.  Also important to state a second time is that abuse and control are never the faults of the person experiencing them.  Abuse is solely the responsibility of the abuser.

The Issue with Imbalances:

A common question when speaking about power imbalances is whether or not they are always a bad thing.  We spoke before of hierarchies in the workplace and the need for bosses to have a certain level of power over employees, yet even in that context, the power cannot be unbalanced to the point of a boss exercising full control over a person, especially when it extends beyond the job.  While there may be room for imbalance in certain situations, such as one partner handles decisions on a certain subject and the other handles decisions in another area of the relationship, an imbalance in the relationship as a whole is an issue that needs to be identified and addressed.  Power imbalances are situations that need to be addressed because they may often lead to other forms of abuse and control, such as:

Because imbalances can quickly become harmful for the parties involved, it is important to identify and address them as quickly as possible.

There are a variety of other signs that can indicate an imbalance of power.  When considering whether there is an issue, the main goal is to identify if one party is exercising control over the other or removing their agency.