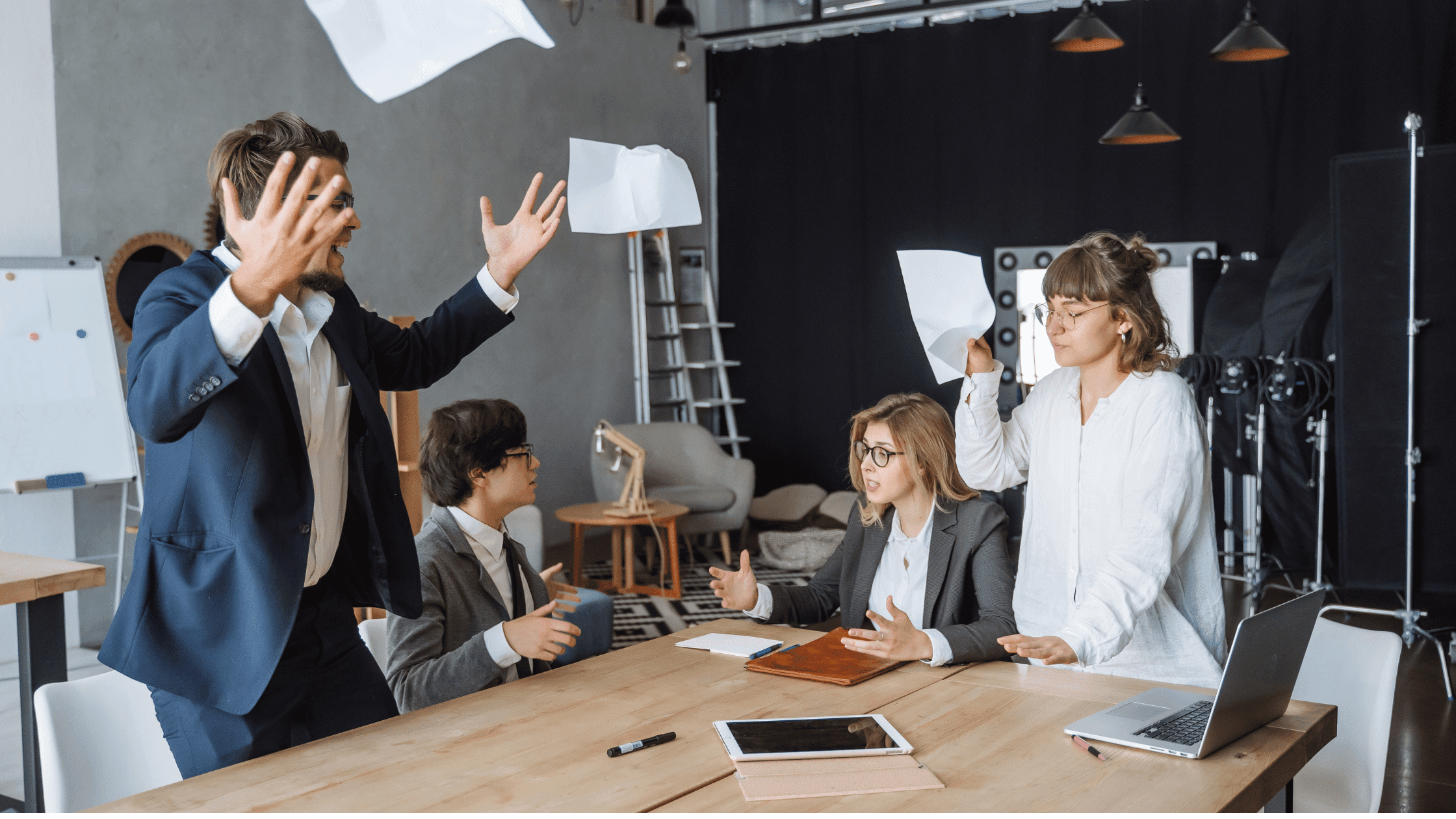 Pre-negotiation is a stage in the negotiation process that is often overlooked, but it is an important step in ensuring that when the parties are actually negotiating, they have the proper understanding of what is needed and how to move forward.  Pre-negotiation is beneficial for parties that are facing a large and multifaceted conflict that needs to be defined and explained to ensure that the parties are considering the right path forward.  It is also beneficial for anyone that needs to define the terms of the negotiation and put another party on notice of the intent to negotiate.  Pre-negotiation is most often a step in formal negotiations that are scheduled and time is set aside for, but it can also be present in informal discussions between parties to hammer out a result.  Whatever the case may bring, having a clear path forward can best be achieved by the parties participating in pre-negotiation.

The Stages of Negotiation:

To best understand how pre-negotiation can benefit the negotiation process, understanding its place in the overall process is important.  While every negotiation will look different depending on the needs of the parties and issues being discussed, it also typically proceeds on a similar, simple pattern that will be helpful in understanding how to achieve the best outcome from a pre-negotiation talk.  This process or blueprint involves three stages—preparing, bargaining, and closing.  Each of these stages is vital to the overall process and includes levels or stages within itself.

Pre-negotiation falls under preparation.  Because it is the process of defining the issue or issues and agreeing that negotiation is something that parties would be open to pursuing, it helps the parties understand what the issue is, gives a glimpse into what interests may affect the other party, and sets the time and place for negotiation.  It also gives the parties a chance to set the tone for the negotiations, whether that be cordial and conciliatory or adversarial.  It is an important step in information gathering and how the parties will view each other and the issue as negotiation begins.

Bargaining is the actual negotiation process.  Once the parties have established and time and place and gathered the information necessary to barter, they will begin to negotiate with each other.  In informal negotiations, this may happen immediately after the parties have agreed to negotiate as they begin to swap ideas and exchange offers.  This can happen for several hours or days or even longer to give the parties a chance to reach an agreement.  The parties will usually offer back and forth until they reach an agreement or decide that an agreement cannot be reached and they will need to use other conflict resolution methods to reach the desired outcome.

However, informal negotiations, this process will also have a pattern that it will follow. Formal negotiations are often set on a specific day and are time set aside specifically to help the parties focus on the issues at hand without distraction.  These negotiations often follow a process that involves:

This process will continue until the parties reach the next stage of the process and an agreement.

The closure is the step in the process where the parties reach an agreement.  This can either be an agreement to settle the dispute and move forward, or it can be an agreement that they will not be able to settle with negotiation and that they will need to resolve the dispute some other way. This may involve the use of other dispute resolution mechanisms, or it may mean that the parties take the case to trial.  However, cases will often end in a negotiated settlement, especially if the parties were prepared and participated adequately in the pre-negotiation process.

Pre-negotiation agreements commonly have three important aspects that will need to be discussed in the pre-negotiation stage.  These aspects are:

If the parties do not have an agreement, they run the risk of some action or decision during the negotiations impacting the outcome of the negotiation or litigation that may arise.  For example, if a landlord and a tenant realize that they need to change the rent due to changing circumstances, they may agree to negotiate on the new rent term. However, if no agreement maintains the status quo, if the tenant gives the landlord a portion of the rent and the landlord accepted it, the tenant may argue that the landlord has agreed to new rental terms as a decreased amount.  Many situations like this could arise in the course of a negotiation, so it would always be best to define these terms from the beginning.

Either one of these mistakes can be incredibly detrimental to the process of negotiation, especially in disputes where the parties have an ongoing relationship that needs to continue during the negotiations.  It can also affect the parties’ understanding of the dispute or their willingness to participate in the negotiation process.  An important consideration is the necessity to keep the pre-negotiation stage friendly and cooperative to encourage the same spirit moving forward.

The Benefits of Pre-Negotiation

This article has defined and explained pre-negotiation and its role in the overall negotiation process, but that information will have little to no effect without a proper study of the benefits that participating in negotiation can bring to the table.  There have been brief discussions about the importance of defining the issues and setting the boundaries for the negotiation, but thorough consideration of the benefits provides a fuller picture of why the parties should expend the time and energy in pre-negotiation before moving into negotiation.  Some of these benefits include:

While there are disadvantages to using pre-negotiation to define a dispute before negotiation, any attempt to determine whether pre-negotiation is the best option should consider all of the benefits compared to the drawbacks.  Additionally, a prepared and skilled negotiator may be able to find their way around the drawbacks to help the parties outline their dispute and move forward confidently.

As mentioned earlier in this article, pre-negotiation is helpful for disputes that involve many parties or have a wide variety of disputes because it helps the parties understand the dispute and define the boundaries of the negotiation.  One example of such a dispute is collective bargaining, often seen in labor union negotiations.  Collective bargaining is the process in which union bargaining units negotiate with management to determine the terms of the contract between the management and the union.  This often involves considerations including wages, hours, breaks, time-off, benefits, and other employment concerns.  There are a variety of considerations that affect the ways that the parties will bargain with each other, but pre-negotiation can play a vital role in understanding and successfully creating a contract.

Both parties to a collective bargaining process will need to prepare adequately for the negotiations.  This will include information gathering and sharing and defining which terms of the contract are up for negotiation between the parties.  The management will need to know what they have for bargaining power, how much labor is needed, and what their limits are.  Labor unions will need to know if there are any comparable agreements with this company or other comparable companies in the area, what the management may try to use to bargain, what the labor requirements are now, and employee expectations.  All of these can be defined during research and the pre-negotiation stage.

By setting boundaries on the negotiations, the parties will be able to focus on the issues that matter the most to both parties.  They will be able to establish a cooperative spirit if necessary and encourage each other to participate fully.  Pre-negotiation will help the parties see that an agreement may be reached and what the terms of such an agreement may be.  Understanding the dispute will likely bring a better, more collaborative result than would have been achieved had the parties jumped right in.  It can also help establish terms for the relationship between the management and the employees in the union during the negotiations,  a consideration that could help both the employees and the management company, especially when it comes to keeping supply up.  Collective bargaining can benefit greatly from the pre-negotiation process and can help the parties reach an agreement with less aggression along the way.

Pre-Negotiation in Other Industries

Tips to Succeed in Pre-Negotiation

When participating in a pre-negotiation, it can be difficult to know what the best practice would be and how to negotiate effectively before the formal negotiations begin.  Becoming a skilled negotiator does not always mean that a party will be able to handle pre-negotiations the same way or with the same temperament, as the processes will have different goals in mind.  Negotiation will focus on the outcome of the dispute as a whole, distributing the money or other interests.  Pre-negotiation will be focused on setting up the negotiation in a way that helps the parties achieve their desired outcome.  With these goals in mind, some tips that can help a party effectively pre-negotiate are:

While there are many other tips for preparing for pre-negotiation, many of them would repeat the same theme of coming to the table prepared and identifying influence that can be asserted while knowing what is worth taking time away from negotiations on the substance.