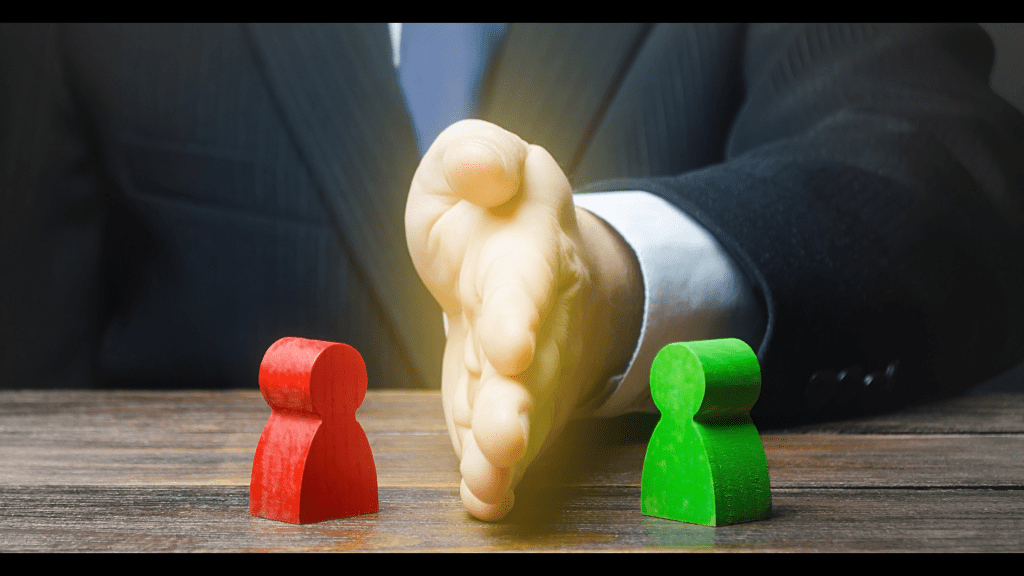 Preventing and avoiding conflict is a basic human need and reaction. Conflict can be messy, emotionally, and overwhelming, so if it can be prevented, most of us would choose to do so. Unfortunately, conflict is a part of everyday life. It can be difficult to avoid it entirely without creating a life that holds nothing of value to a person.

However, while conflict cannot be completely avoided, it can be prevented. Unnecessary conflict can be avoided. Ensuring that the conflict is necessary involves the entire group or team being on board with the plan and committing to fostering an environment that seeks to deal with conflict in a healthy way. This article will outline several tips that may be helpful as one deals with such an environment and some rules that can help a team avoid unnecessary conflict.

The first goal that a team should have is to create a culture of equality among people. There will likely be a structure where some are responsible for the work and well-being of others. However, this does not mean that there is a person who is the final authority on things. Each person should be able to feel that their ideas and preferences hold value. If this is not the case, people will begin to develop resentment, likely leading to conflict at some point.

It is important to treat people as equals, regardless of their position within the group. This will help create a culture where the group can follow the other goals well because no individual feels left out or overlooked.

Another goal that a team should have is to listen first and speak second. It is best to choose to listen effectively before reacting to a situation. We tend to think of how we will refute the point being made, but if we would stop and listen to the reasoning behind the idea. Active listening is a practice that encourages people to slow down and focus on what is being said rather than focusing on the disagreement.

Examples of active listening include:

Choosing to listen actively can avoid misunderstandings and conflict before it begins.

There will always be differing opinions, but how these opinions are expressed and discussed can either avoid or encourage conflict. Disagreements are better handled if communicated respectfully and explained. In other words, the person disagreeing should not approach the conversation as telling someone else that they are wrong but as a conversation about why things could be different. This means that the conversation should be approached calmly and professionally. In addition, the disagreement should be thoroughly explained to avoid conflict from confusion.

Speaking of conflict from confusion, another way a team can encounter conflict is not to have clear and unspoken expectations missed. To avoid this type of confusion and conflict, it is good to set clear expectations for each assignment, project, or action the team will do.

Suppose everyone has a clear idea of what they will be doing and their role in the overall project. In that case, they will be able to meet those expectations, which can help avoid conflict from not meeting them.

Collaboration is the key to achieving the best result without running into too much conflict along the way. Collaboration is a way that the team can work together to achieve the best result for everyone involved. Instead of each person looking out for their own interests, they can see the whole project together and make the outcome of the project as a whole the goal. When this is the goal, the project does not become a conflict or competition, but it uses the talents of the entire team, and everyone can get the credit for the project done well.

A big issue that can cause conflict in a group or team is gossip. This is when the members of the group talk about another member or the work that someone has done without involving that person. Gossip can undermine relationships and cause conflict to spiral out of control. Encouraging the team to discuss potential issues with people directly and to respectfully disagree while discouraging any kind of gossipy talk will help the team avoid conflict and feel like a safe and inclusive place.

Conflict can arise when a person is not trained well and consistently turns in work that does not meet the mark for the team. This can cause conflict because other team members may have to pick up the slack or do the project over, which can create strife.

Ensuring that new team members are trained in their tasks, have clear expectations, and have guides on how to handle issues will also make it easier for new members to complete their work effectively and on time while also integrating into the team that already exists.

Sometimes, one or more team members hurt another with their words or actions. If this is not addressed quickly, it can spiral into a conflict between the parties involved. Encouraging the team to own up to their mistakes and apologize for any harm done to others can help team members resolve minor disagreements or misunderstands effectively and continue to work well together.

Feedback is a valuable ingredient for a functioning team, but it needs to be done appropriately and will trust. Feedback is the process of telling a person what they have done well and what they could improve on in the future. When three is a culture of trust among team members, they will feel comfortable both giving and receiving feedback from the team.

Encouraging a team to communicate their successes and failures to each other will help the team feel more confident in their abilities moving forward. In addition, this will help avoid conflict as wit will encourage healthy dialog over gossip and unmet expectations.

Because conflict is inevitable, a team needs to create a plan for how they will handle conflict when it erupts. Of course, each person will have their own conflict style and method for resolving conflict. Still, if the team can plan how to address conflict when it arises, it can help resolve the conflict smoothly, and the team moves forward stronger.

Conflict can often be necessary for a team to work through their issues and develop a bond that can withstand further conflict and disagreements. When a team is willing to foster an environment where conflict is both prevented when possible and addressed when necessary, the team will flourish and continue to thrive.