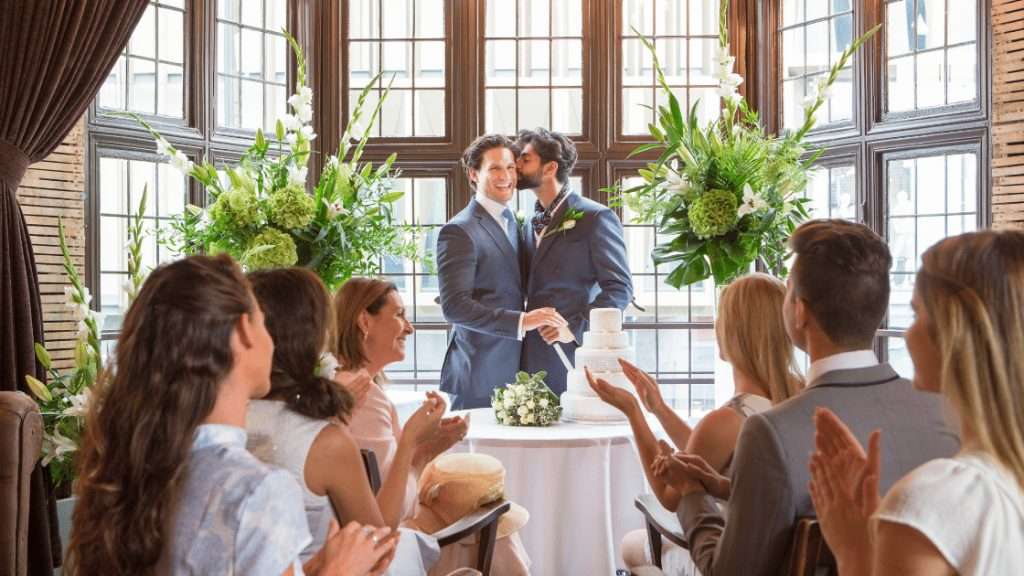 While the rights of gay and lesbian couples to marry were expanded by the Supreme Court in 2015, there are still many issues when it comes to same-sex custody cases.  Cases, where the parents of a child are of the same gender, can have a variety of unique issues that the Courts will have to address in their determination of custody.  While queer couples are required by law to have the same rights as straight couples in marriages, they often run into issues when it comes to divorce and child custody.  The courts have failed to address issues that relate to gay and lesbian couples and child custody well, and as a result, many queer parents are left out of their children’s lives as the result of a divorce.  In many ways, the issues that arise in custody cases are presented to parents too late to be addressed properly when they need to be addressed and before the conflict arises.  This article seeks to highlight the ways that custody cases are different for same-sex couples and how parents can avoid losing custody of a child that they have raised.

Best Interests of the Child:

One important aspect of child custody cases that need to be highlighted because it will impact many of the other issues that affect custody cases with queer parents is the concept of the best interests of the child.  In any custody case, the court is required to apply a test to the custody arrangement known as the best interests of the child.  This standard is a variety of factors that indicate how spending time with each parent will impact the child’s growth, development, and consistency.  Some of these factors include:

By examining these factors, the courts seek to create a schedule that focuses on the interests of the child and sets them up for success after the divorce.  These factors will drive determinations of custody in all cases, even where the rules below apply.

Another important consideration is the ways that some states have sought to restrain the rights of same-sex couples, especially around parenting.  While the United States Supreme Court has required all states to allow gay and lesbian couples to marry, there is little law on the other aspects of marriage, such as children and parenting rights.  This is particularly at issues when the couple that is divorcing is mobile.  If the couple married in one state, adopted a child in another, and then are seeking a divorce in a third, they may find themselves without the rights that they had in other states during the divorce.  Because the laws surrounding parenting and other considerations for same-sex couples vary so greatly, it is important to identify the implications that the laws of the state in which a couple is divorcing may have on the outcome of the custody determination.

The Concept of Legal Parents:

If Both Parents are Legal Parents:

As stated before, this type of case will follow the same analysis as a straight divorce by considering the best interests of the child.

If Only One Parent is a Legal Parent:

The biggest issue in same-sex custody comes when not of the parents is not considered legal parent based on the rules discussed above.  This may simply mean that one parent was not the biological parent of the child and did not legally adopt them when they welcomed the child into their home.  As stated at the beginning of this article, divorce is not commonly what parents are considering when they are welcoming a child, yet it is often in this moment that a parent may end up losing a chance to become a legal parent.  If one of the parents is not a legal parent, many states have determined that they have no right to seek legal or physical custody, and many states have even removed their ability to seek visitation.  They are also not obligated to provide financially even though they had planned to.  For this reason, some states have attempted to circumvent the issue of a parent not being deemed a legal parent by creating laws that allow the non-legal parent to establish rights to parent their children by establishing a parent-child relationship in other ways.

Getting Custody if You are a Non-Legal Parent:

If you are a non-legal or second parent, there are options that you can pursue to try and gain custody and visitation rights with your child.  It is important in these circumstances to speak with an attorney because you will need to present your case effectively to gain custody of your child.  Consulting with an attorney will ensure that you have an accurate picture of what you need to present to help your case.  Aside from consulting an attorney, there are several other considerations a second parent will need to make:

Same-sex custody cases present unique challenges, but with an understanding of how to address these challenges, parents will be able to find ways to care for and provide for their children.