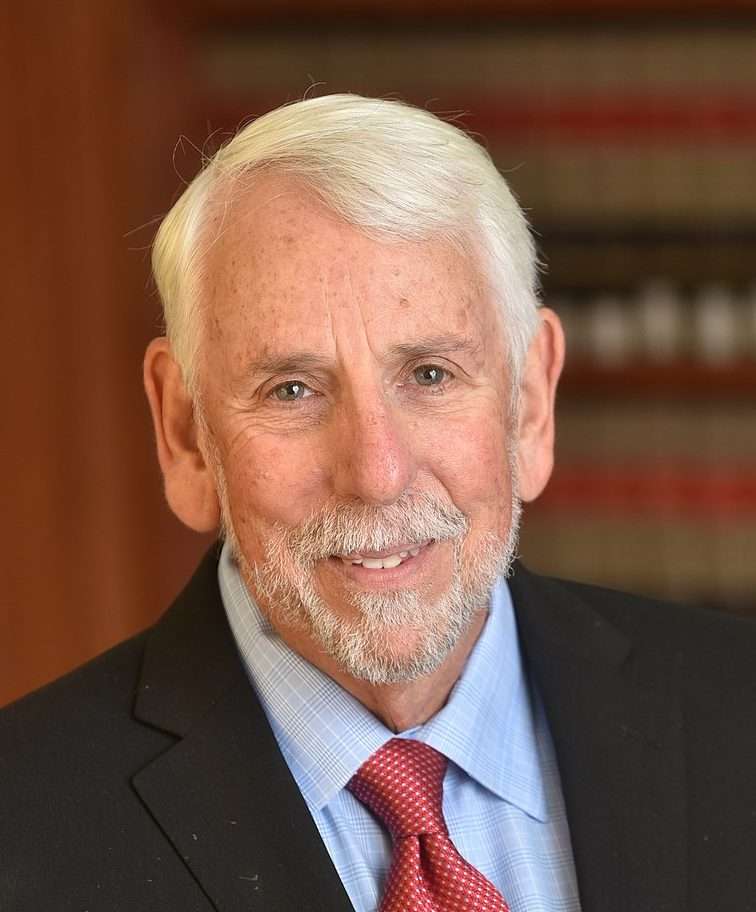 I am most proud of having had the distinct pleasure of shaping the way that mediation and the legal field interact. Often I seek to create a space where the parties can be empowered to work with one another and find a common thread.

Many people go to law school with dreams of standing in the courtroom delivering a closing argument that wins over the jury and the case for their client.  While Forrest “Woody” Mosten may have gone to law school with such a dream, his practice has evolved to a 100% non-court practice. Mr. Mosten has spent most of his entire career in mediation and collaborative practice, dealing with complex family issues by means other than the disastrous way that divorces tend to go in court.  Mr. Mosten believes that most disputes can be resolved through collaborative practices that focus on addressing and solving the underlying problems rather than fighting over the small things in court.  However, this does not mean that Mr. Mosten is not willing to push the parties toward a resolution if necessary.  He has spent over forty years perfecting his craft and is now using it to both resolve disputes and help train others to be peacemakers.

Mr. Mosten earned a degree from the University of California, Riverside (Phi Beta Kappa) and his Juris Doctor from the University of California, Los Angeles.  After graduating from law school in 1972, Mr. Mosten began his practice as a founding partner of the world’s first private legal clinic, Jacoby and Meyers. After leaving Jacoby and Meyers, he had a variety of other jobs, including teaching at a law school in Macon, Georgia, where he also worked to recruit and retain Black law students, helping to encourage students and expand the diversity within the practice of law.

After being exposed to mediation and researching the practice, he decided that he would like to transition to mediation, appreciating the way that the practice aligned with his values when it comes to practicing law and interacting with people.  The most influential person in his professional life during this time and since is Louis M. Brown, who was a pioneer in the field of preventative law.  Brown’s simple truth stuck with Mr. Mosten as he continued to practice—people do not need to be in trouble, and this work is to help people avoid trouble.  In 1979, Mr. Mosten opened a law and mediation practice where he had a walk-in office to meet with potential clients.  This practice started slowly, but by 1996, Mr. Mosten was able to leave his legal practice behind and focus on mediation full-time.

Much of Mr. Mosten’s work has focused on the complex issues that arise in family law matters, although he does have practice in a variety of settings.  He seeks to create a space where the parties can be empowered to work with one another and find a common thread.  He understands that most people will not know how to participate in mediation inherently, so he views mediation as an opportunity to teach parties about the process.  When he is mediating, he will often focus on facilitative practices that help the parties reach an agreement on their own; however, he does work with an evaluative approach when necessary, understanding that no two mediations are the same.  This style can range from transformative, where the parties are completely in charge of the process and the outcome, to a strategic, direct, and evaluative approach, which he typically uses in high-conflict situations.  He uses both joint sessions and caucuses, but he has protocols that he has developed that help the parties interact in certain ways, even when they are not in the same room.  For example, Mr. Moston will always encourage a party’s attorney to share an offer with the other client and attorney face-to-face. This helps encourage conversation between the parties that would otherwise be missing.

Mr. Mosten is particularly proud of the way he has pioneered his approach to mediation and how he continues to improve his methods.  He has had the distinct pleasure of shaping the way that mediation and the legal field interact.  His unique approach brings clients back many times after their first mediation, and he is often hired because people know that he can tailor the mediation process effectively.  However, some lawyers will not work with him because he encourages a partnership between the lawyers and himself and encourages the lawyers to be involved in the process.  In fact, at the time of his article, his newest book is a manual for lawyers participating in a style of mediation similar to his. He is also a practicing family lawyer; but he does not accept cases with court dates, instead focusing on collaborative divorce practices to help clients cooperatively achieve divorces.  Through this practice, he has been certified as a family law specialist by the California State Bar.

Mr. Moston sees the value in mediation encouraging a conversation between the parties, which is nonexistent in traditional litigation.  When the parties can speak with each other, they can find common ground.  This is not the case when the parties are fighting in a litigated setting.  As he has continued working in the mediation space, he has been able to watch attorneys and the court system understand and embrace the conversation that happens between the parties in mediation, and he has been thankful to watch this shift happen.  The more parties that head to mediation, the higher likelihood of resolution.

Some of his professional time has included coaching attorneys beginning to switch from a more traditional to a peacemaking practice.  For those just starting, he recommends a lot of training to help expand the style and process that is used.  He also encourages any mediator that is feeling overwhelmed or burnt out to remember why they started and how much they wished for a day when they were this busy.  Finding balance and being able to have a fulfilling life outside of work is key.  As his practice has grown, he has benefited greatly from learning to be patient and empowering the parties to ask for his expertise and assistance.  He reminds other mediators that patience is the key to achieving the goal of happy clients, which is how one builds a book of business.  People choose their mediator based on the experience they have had with them, and they will continue to trust the person over the name on the door.

Mr. Mosten is most commonly sought after as a skilled teacher and trainer when it comes to mediation.  He provides training in basic and advanced mediation and collaborative practice, individual supervision for practicing mediators and others, and trains other trainers on how to instruct future problem solvers.  He has been credited as the inventor of ideas such as the Client Library and the Confidential Mini-Evaluation, both of which are useful tools for the mediator to understand and implement.  In addition, Mr. Mosten teaches mediation at UCLA School of Law and the Strauss Center for Dispute Resolution at Pepperdine School of Law.  He has previously taught at the USC Law Center, Hamline School of Law, and many others.  To continue his teaching and practices, he co-founded the Mosten Guthrie Academy with online expert, Susan Guthrie for Mediation and Collaborative Training.

Mr. Mosten practices in a wide variety of mediations.  He tends to focus on complex, high-conflict disputes, often involving emotions that complicate and drive the case.  His practice areas include:

Throughout this practice, Mr. Mosten has collected a rather impressive list of settlements, some highlights of which include resolving:

These are only a few of Mr. Mosten’s settlements that he has collected over his career.  In addition to his settlement agreements, he has also been recognized frequently for his success in mediation by various organizations, including:

Additionally, many training facilities and resource centers have been created in his honor or with his participation, including:

Finally, Mr. Mosten has written several books on the skills that come into play in effective mediation and client control.  He wants to increase the awareness and use of conflict resolution and prevention in society.  When he is not mediating or teaching, which he splits his time evenly between, he is spending time with his family.  He has a wonderful wife who is a mostly retired clinical psychologist, two children and their spouses, and four grandchildren, who he loves to watch the Padres with.