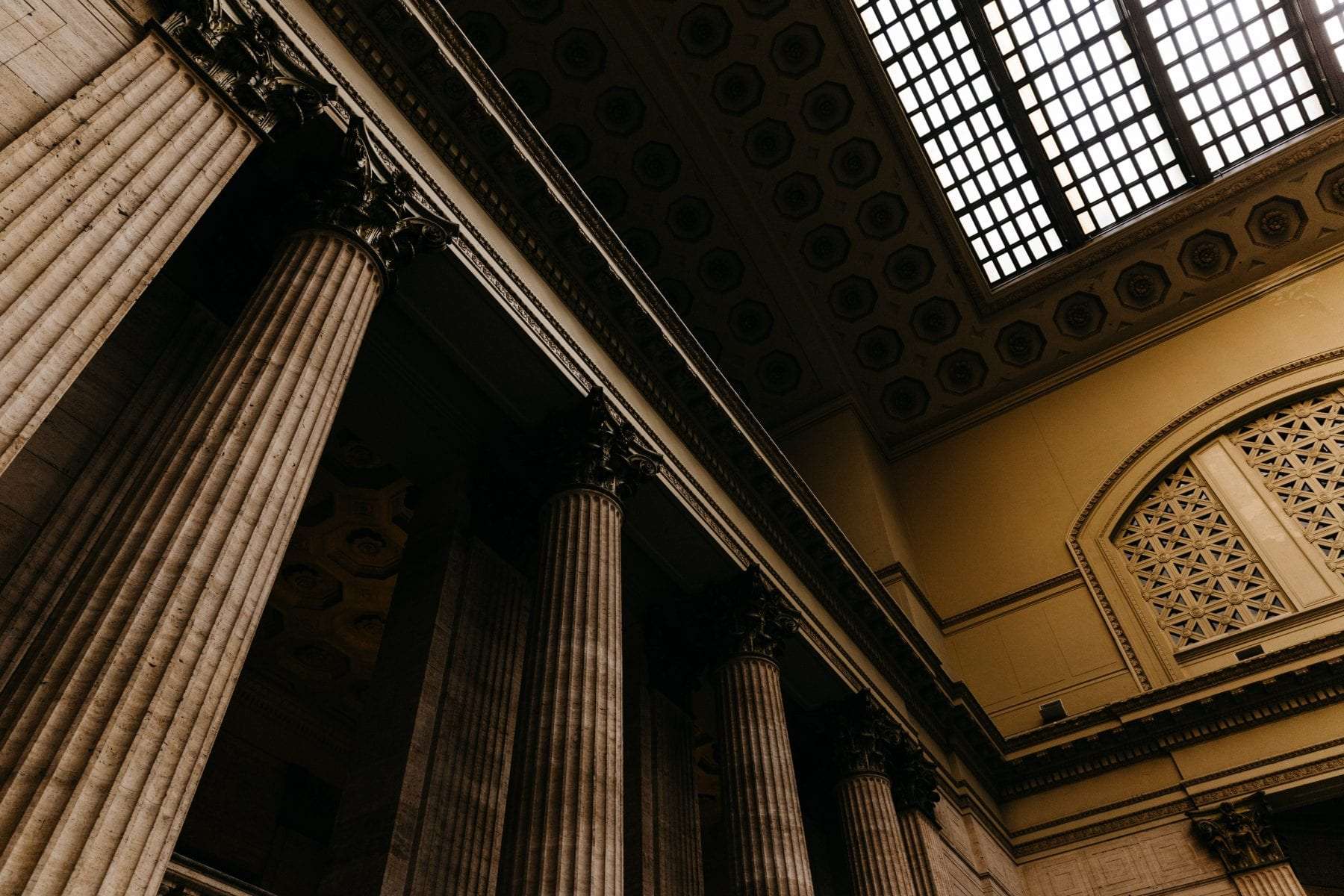 Continued from Part I of III…

Binding Effect of an Arbitral Decision

Ninety-Five Madison Co. v. Vitra Int’l AG, No. 20-1432, 2020 WL 7086186 (2d Cir. Dec. 4, 2020) (summary order): A Landlord and a commercial tenant entered into a settlement agreement in which the landlord approved the tenant’s making certain alterations and the parties agreed to arbitrate “all disputes arising out of or relating to the interpretation and enforcement of the agreement and tenant’s alterations” and expressly waived any right to appeal the arbitrator’s decision. A subsequent arbitration found that the landlord had breached the settlement agreement, thereby excusing the tenant’s obligations under the lease.

Existence of an Agreement to Arbitrate

Agarunova v. Stella Orton Home Care Agency, Inc., 794 F. App’x 138 (2d Cir. Feb. 24, 2020) (summary order): Plaintiff alleged that a former employer had violated the Fair Labor Standards Act and the New York Labor Law. Plaintiff was a former member of a union that had entered into a collective bargaining agreement (CBA) in 2012 that required arbitration of disputes concerning the interpretation and application of the CBA but did not require arbitration of disputes arising under federal and state laws. In 2014, the union and the employer entered into a memorandum of understanding to continue negotiations to implement an alternative dispute resolution (ADR) procedure to address claims under federal and state laws, and in December 2015, after the plaintiff had ceased to be represented by the union, the union and the employer agreed to an ADR procedure for such claims.

The court affirmed the district court’s decision denying the employer’s motion to compel arbitration, finding that the 2014 memorandum of understanding was nothing more than an unenforceable agreement to agree. With respect to the 2015 agreement, the court found that plaintiff was not bound by it because she was no longer represented by the union at the time it was signed.

China Shipping Container Lines Co. v. Big Port Serv. DMCC, 803 F. App’x 481 (2d Cir. Mar. 5, 2020) (summary order), cert. denied, No. 20-128, 2020 WL 6701086 (Nov. 16, 2020): This declaratory judgment action matter arose out of an attempt by Big Port to re-litigate a decision of a Singaporean court, which held that there was no binding arbitration agreement between China Shipping and Big Port with respect to a dispute concerning the sale of fuel oil. Most of the opinion deals with the district court’s decision to accord the foreign judgment comity. Of interest here was Big Port’s argument that the liberal federal policy in favor of arbitration warranted revisiting the Singaporean court’s decision. The Second Circuit rejected the argument, explaining that arbitration can be ordered only where there is an enforceable agreement to arbitrate. Because the existence of an agreement to arbitrate was the precise issue decided by the Singaporean court, Big Port had received all the process to which it was entitled, and the federal policy in favor of arbitration was not sufficient to warrant re-litigating the issue.

Trina Solar US, Inc. v. Jasmin Solar PTY Ltd., 954 F.3d 567 (2d Cir. Apr. 2, 2020): JRC, acting as an agent for Jasmin, entered into a contract with Trina to purchase solar panels. The contract contained an arbitration clause requiring that any disputes or controversies arising out of or in connection with the contract between the parties be submitted to binding arbitration. A dispute arose concerning Trina’s performance, and Trina commenced arbitration against JRC and Jasmin. Jasmin took the position that it was not bound by the arbitration clause, refused to participate in the arbitration, and subsequently moved to vacate the award entered against it for lack of subject matter jurisdiction. The district court denied Jasmin’s motion and confirmed the award; the Second Circuit reversed this aspect of the district court’s decision.

The court considered whether Jasmin was bound by the arbitration clause on two different theories: agency and the direct benefits theory of estoppel. The court’s analysis under the agency theory was extremely fact-specific. After noting that an agent for a disclosed principal may enter into a contract that, by its terms, excludes the principal as a party and that such an exclusion does not require any particular form of words, the court considered the language and structure of the contract to determine whether Jasmin was excluded as a party. The contract referred to JRC and Trina as the only parties to the contract and mentioned Jasmin only once as a guarantor of JRC’s payment obligation. In addition, the court found that if Jasmin was a party to the contract, the express reference to it as a guarantor would lead to the odd result that it was guaranteeing itself. The contract also provided that it could be terminated by written notice from one party to another party. If Jasmin were a party to the contract, this provision would suggest that the contract could be terminated by a notice from JRC to Jasmin—a result that the court found the parties could not have intended. Finally, the contract’s third-party-beneficiary clause provided that the contract did not create any rights on the part of any person not a party to the contract. The court found that this language, in conjunction with the other language in the contract identifying JRC and Trina as the only parties to the contract, was further evidence of an intent to exclude Jasmin as a party.

With respect to the direct-benefits theory, the court noted that in order for a non-signatory to be bound by an arbitration clause, this theory required that the benefits to that party must flow directly from the agreement rather than indirectly from the contractual relationship of the parties to the agreement; i.e., the non-signatory must invoke the contract to obtain its benefit, or the contract must expressly confer a benefit on the non-signatory. The court found that neither of these conditions were met; thus, Jasmin was not bound under this theory.

ABM Indus. Grps. LLC v. Int’l Union of Operating Engineers, 968 F.3d 158 (2d Cir. July 29, 2020) (per curiam): An employer sought to confirm an arbitration award that required two employees to repay certain benefit payments erroneously paid pursuant to a CBA. The award resulted from arbitration that arose out of a claim initially made by the employees that they were owed certain vacation credits, and their union filed a grievance seeking these benefits. In response, the employer asserted that the employees had actually received benefits to which they were not entitled. The union and the employer agreed to arbitrate the conflicting claims. The employees resisted confirmation of the award in favor of the employer, arguing that they were entitled to the benefit payments and that they were not bound by the CBA because they had not signed it, notwithstanding the facts that their union had identified them as “Grievants” in the arbitration and had made submissions expressly on their behalf.

Arnaud v. Doctor’s Assocs. Inc., 821 F. App’x 54 (2d Cir. Sep. 15, 2020) (summary order): A patron of a well-known chain of sandwich shops brought a class action claiming that he had received unsolicited text messages in violation of the Telephone Consumer Protection Act. Defendant responded by seeking arbitration, arguing that by clicking on an “I’M IN” button on the defendant’s website that enabled the plaintiff to obtain a free sandwich under certain conditions, the plaintiff had agreed to an arbitration clause set out on a separate web page accessible by a hyperlink on the promotional page.

The Second Circuit affirmed the denial of defendant’s motion to compel arbitration. The court noted that, in such a situation, a consumer is bound by the terms and conditions only if he has actual notice or “inquiry notice”; a consumer will be placed on “inquiry notice” only where web page design renders the existence of such additional terms reasonably conspicuous. The court found that the terms and conditions were not reasonably conspicuous because the link to them was in a small font, at the bottom of the promotional page, and was introduced by no language other than the shorthand “T&Cs.”

Dylan 140 LLC v. Figueroa, No. 20-461-cv, 2020 WL 7251003 (2d Cir. Dec. 10, 2020): Plaintiff, a building owner, entered into a CBA with a union under which the plaintiff was required to make contributions to benefit funds for certain employees. The funds in issue were jointly administered, multi-employer labor-management trust funds. The underlying dispute in the case was the plaintiff’s liability for its failure to make contributions on behalf of a particular part-time employee. The building owner commenced a declaratory judgment action under ERISA and the Labor Management Relations Act (LMRA). Prior to the commencement of the declaratory judgment action, the funds had commenced an arbitration. The issues on appeal were the building owner’s claims that (1) the declaratory judgment action should take precedence over the arbitration as the first-filed proceeding and (2) it was not required to arbitrate disputes with the funds because the funds were not parties to the CBA, notwithstanding the fact that the CBA identified the funds as third-party beneficiaries and expressly gave them the right to commence litigation or arbitration to collect delinquent contributions.

The Second Circuit affirmed the district court, rejecting both of the building owner’s contentions. The court first noted that, when correctly interpreted, the language of the CBA, when correctly interpreted, expressly provided the funds with the right to commence an arbitration seeking delinquent contributions. Second, the court explained that there was no principle of law according to priority to litigation filed before arbitration and, in any event, the arbitration, in this case, was actually commenced prior to the commencement of the litigation. Finally, the court noted that although the district court did not err in looking to the Federal Arbitration Act (FAA) and the case law under it for guidance on certain procedural issues, it went on to note that the FAA did not directly apply to actions brought under Section 301 of the LMRA.

Continued in Part III of III… 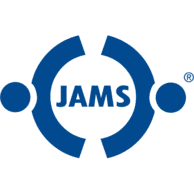