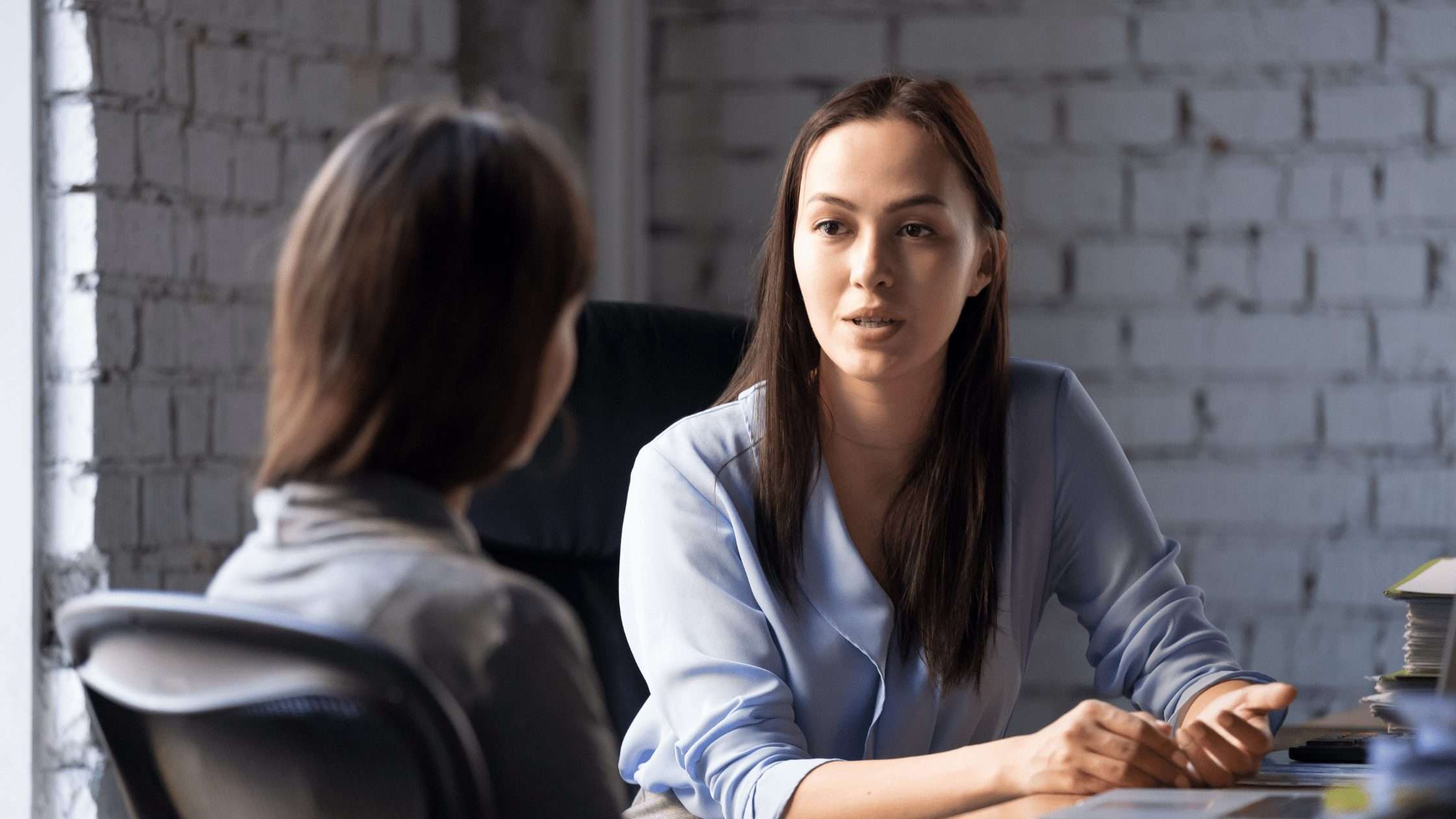 The use of tripartite panels is common today.  By one estimate, half of labor grievance arbitrations involve three arbitrators. Tripartite panels are also common in commercial arbitration, both domestic and international. Under the commercial rules of the American Arbitration Association, unless the agreement specifies the number of arbitrators, one will be used unless the AAA determines in its discretion to use three.  (AAA Commercial Rules, rule 16). In cases where at least $1 million is in dispute, and the parties cannot agree on a number of arbitrators, three arbitrators shall be appointed, except in cases of financial hardship of a party. (AAA rules for Large Complex  Commercial Disputes, Rule L-2) JAMS Comprehensive Arbitration Rules & Procedures, Rule 7, provides that unless the parties agree otherwise, there shall be one arbitrator, and if they have agreed to three arbitrators, those arbitrators shall be neutral unless otherwise agreed. The scope of ex parte communication with appointed arbitrators is limited to discussing retention, conflicts, or selection of the third arbitrators unless the law is to the contrary or the parties agree to expand it. (JAMS Comprehensive Rules, Rule 14).

The use of three arbitrators is common, especially in high-stakes cases. A recent survey of arbitrators by Stipanowich and Ulrich found that about ninety percent of respondents had served on tripartite panels.  The process is also often used in medical malpractice litigation, though by statute, California law requires that a single arbitrator presides over medical malpractice cases involving less than $200,000 unless the parties agree in writing after arbitration is demanded. (CA Health and Safety Code section 1373.19).

Three-arbitrator panels have certain drawbacks in additional time and cost.  Arbitrators are typically retired judges or senior counsel with special training and experience who may charge extremely high rates. Payment for three arbitrators can be very difficult, and may even deter resort to arbitration, leaving a litigant with no effective way to vindicate his or her rights. (See Green Tree Fin. Corp. v. Randolph (2000) 531 US 79.) While case law and changes to arbitration providers’ rules have prevented mandatory employment and consumer arbitration agreements from using cost as a way to suppress claims, largely by putting the cost on the employer or contract drafter.  In other contexts, the extra expense is shared by the parties.

It is also said that three-arbitrator panels take longer than sole arbitrators, which makes sense in view of the additional time needed for discussion and decision-making, and the inherent difficulty of coordinating multiple busy schedules for hearings.  However, the author has found no research quantifying the added time taken by three-arbitrator panels over sole arbitrators, and at least one writer has argued that there must be increased efficiency from the (assumed) division of labor by the panel members.  Despite the uncertainty and the undoubted higher costs of paying three arbitrators, tripartite panels are favored in international commercial arbitration and other high-stakes contexts. Why?

The first advantage of a tripartite panel comes from probability theory and is called the Condorcet Jury Theorem. The theorem states that where a decision is made by majority rule if it is more likely than not that individual decision-makers will reach a correct result, increasing the number of decision-makers increases the likelihood of a correct result. Conversely, if each individual decision-maker is likely to make the wrong decision, increasing the number of panelists makes matters worse. Given the care, the parties put into choosing arbitrators, and their generally high degree of experience and training, using three arbitrators leads to a higher likelihood of a correct outcome than using a sole arbitrator.

Research also shows that groups are less likely to decide based on emotion, as peer pressure to decide on the facts and law will be applied by one’s colleagues

The predisposition of party-appointed arbitrators

The usual manner of selecting a tripartite panel is that each party appoints one arbitrator and those two arbitrators select a third, who is usually the chairperson of the panel.  Though arbitrators are normally considered impartial, federal case law allows party-affiliated arbitrators to be “predisposed” to the appointing party and relaxes ethical rules about involvement, ex parte communication, and disclosure.  Treating party-appointed arbitrators as advocates, federal courts refer to them as “non-neutral” arbitrators, even refusing a challenge to an award based on section 10 of the Federal Arbitration Act for “evident partiality,” which would be grounds for reversing the decision of a neutral arbitrator. But though predisposition is allowed, a party-appointed arbitrator is required to review the evidence in good faith; he or she may not ignore the facts.

The AAA/ABA Code of ethics for arbitrators and party appointment

The American Bar Association and the American Arbitration Association have issued a code of ethics for arbitrators.  While, as discussed below, exceptions are made for non-neutral arbitrators, the default rule is that arbitrators are to be impartial:

Although predisposition is permitted under the AAA/ABA ethics code, party-appointed arbitrators (referred to as Canon X arbitrators) still have professional responsibilities:

“(1) Canon X arbitrators may be predisposed toward the party who appointed them but in all other respects are obligated to act in good faith and with integrity and fairness. For example, Canon X arbitrators should not engage in delaying tactics or harassment of any party or witness and should not knowingly make untrue or misleading statements to the other arbitrators.”

Although not everyone is in favor of the predisposed party-appointed arbitrator in a tripartite panel, there are some definite advantages.  First, to the extent that the arbitrator is an industry insider, he or she may be able to give valuable insight into the way things actually work to the other panel members.

Second, with non-neutrals advocating other decision-makers and communicating ex parte with the appointing parties, positions are more thoroughly explored and tested.  Evidence of this is that settlement negotiations take longer and are more likely to result in pre-award resolution when party-appointed arbitrators are on a panel.

Third, cases more often settle before an award if a panel of three, including non-neutral arbitrators, is used.

“The theoretical model predicts that the uncertainty associated with the unknown quality of the decision-making of an arbitrator is muted when a panel of arbitrators is used. The mitigated uncertainty facilitates private resolutions. Empirical evidence is presented confirming this hypothesis. The likelihood of a case continuing all the way until a decision is handed down by the arbitrators is significantly less likely when a panel of three arbitrators is employed rather than only one. Additionally, a result of the theoretical model is that amongst three-arbitrator panels, if there are divergent beliefs regarding the decision-making of two arbitrators, uncertainty and bargaining failures are more likely than if there is only heterogeneity in assessments over one arbitrator.”

(Marselli, Ricardo, Bryan C. McCannon, and Marco Vannini. 2015. “Bargaining in the Shadow of Arbitration.” Journal of Economic Behavior and Organization 117: 356-368.)

This research tells us that parties are more likely to settle when they are uncertain about the position of only one decision-maker than when more than one is unknown. While this study did not involve the same selection method for arbitrators, its logic still applies. Parties assume the appointed arbitrators are predisposed to vote in favor of the appointing side, leaving only the chairperson’s vote in play.  Therefore, arbitrations using panels on which predisposition is allowed are more likely to settle before an award than those in which each arbitrator must be neutral. At the very least, more effort must go into determining the arbitrators’ likely awards.  In Italy, where Marselli et al. did their research, most arbitrators are academics, whose reputations and published writings give parties a basis to predict the likely outcome of an award even where the rules probably require all three-panel members to be impartial.

Another factor making settlement more likely in the case of predisposed arbitrators is that they are allowed to have ex parte communication with the appointing party.  Therefore, they can credibly (though not specifically) press them to settle when the panel’s discussion is unfavorable. They may not, however, disclose the contents of arbitral deliberations.

In America, where each party bears its own costs, Marselli et al. also suggest that the mounting costs of continuing arbitration with three neutrals will increase pressure to reach a pre-award settlement. In parts of the world where costs and fees are routinely part of the award, this pressure is likely to be negligible.

Although the use of a sole arbitrator predominates, three-member panels routinely appear, especially in labor, commercial, and medical malpractice contexts.  Though cost and delays can be a problem, the format increases the likelihood of a correct outcome, reduces the possibility of a result-driven by emotion, and increases the chance of a pre-award settlement by reducing negotiators’ uncertainty through permissible ex parte communication.

Though arbitrators are generally impartial, the courts and providers have permitted so-called non-neutral party-appointed arbitrators with a closer connection to a party, despite claims of evident partiality.  Rather than being pure decision-makers, they are also viewed as advocates.  But they must act in good faith and may not ignore the evidence or disrupt the arbitral process, though they are expected to be predisposed to the appointing party.

Because not everyone agrees on the appropriateness of non-neutrality, the connection of the appointed arbitrator to a party, or exactly what may be discussed or disclosed ex parte, it is best to lay the choices made out in detail in an arbitration agreement using a panel that includes party-selected arbitrators, so the maximum benefit of the three-arbitrator panel can be achieved.