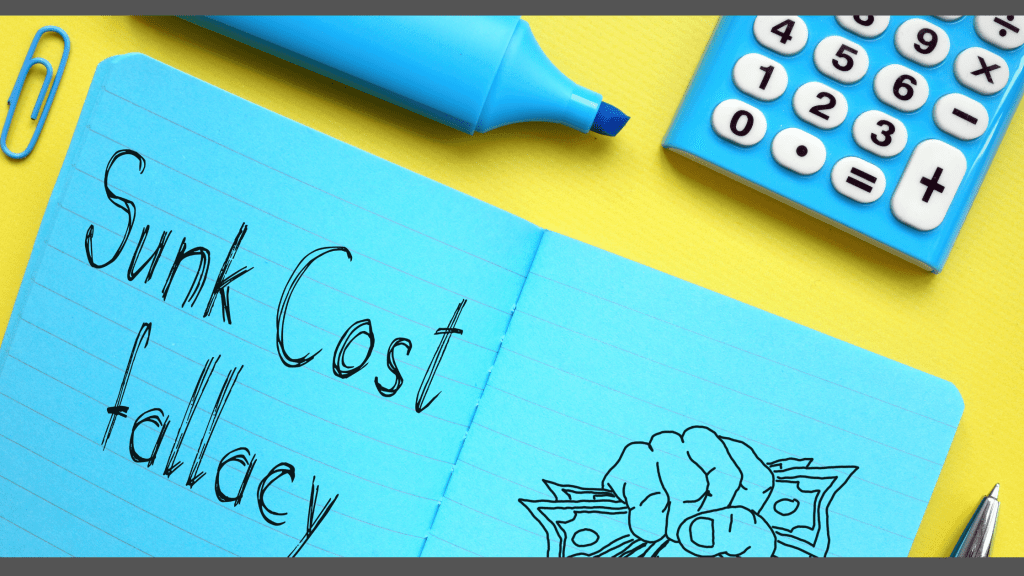 Many people will feel an overwhelming loss at the end of a relationship, responding not only to the loss of the relationship, but also to the loss of all of the time, energy, and memories that are a part of that relationship.  When this happens in a relationship, it can be the place where sunk cost fallacy invades the relationship.  If this is the case, the couple may end up staying together because of the time and the memories that they have together, even if it is not the healthiest option for them.  Learning when a relationship may be in the phase and how to remove yourself from that relationship in a healthy way can be difficult, but it will often be the healthiest option.  Investing in the future can help make the past fade away, but it is often easier said than done.  This article will examine the fallacy and the impact that it has on relationships, as well as provide some tips to help remove yourself from that situation.

The sunk cost fallacy is an economics concept revolving around the tendency for humans to continue to invest in something that they have already invested a significant amount of time or money in.  The longer that a person has been working on the investment and the more time and energy they have put into it, the more likely it will be that they will continue the investment, no matter how poorly the investment is performing.  Some people describe it as a bias toward an endeavor that is the result of time passing.  It is related to the idea of loss aversion, which is the idea that humans prefer to avoid what is perceived as the greatest loss.  Sunk cost fallacy results when the largest loss perceived is the loss of the investment already made in the endeavor. This can happen in investments, negotiations, and even relationships, and it can end up costing the person relying on the fallacy a significant amount of time and money if they continue to throw good money or energy after bad.  Learning when and how to untangle yourself from a situation that is the result of sunk cost fallacy is an important skill and one that needs to be identified and encouraged.

Considering the way that sunk cost fallacy can impact a relationship and push couples to attempt to continue moving forward together rather than separating healthily demonstrates the difficulty that the couples can find when they attempt to separate their lives.

Attempting to leave a relationship where the past and the investments that have been made in the relationship make it difficult is not an easy task.  There are some considerations and steps that the couple can take to break up healthily and move forward apart.  This includes:

Leaving a relationship is never an easy task, and leaving a long-term relationship where many memories and things have been invested can be even more difficult.  Learning how to move forward can be a healthy step and ensure that needs are met.  Finding a healthy way to leave can ensure that the future is bright.