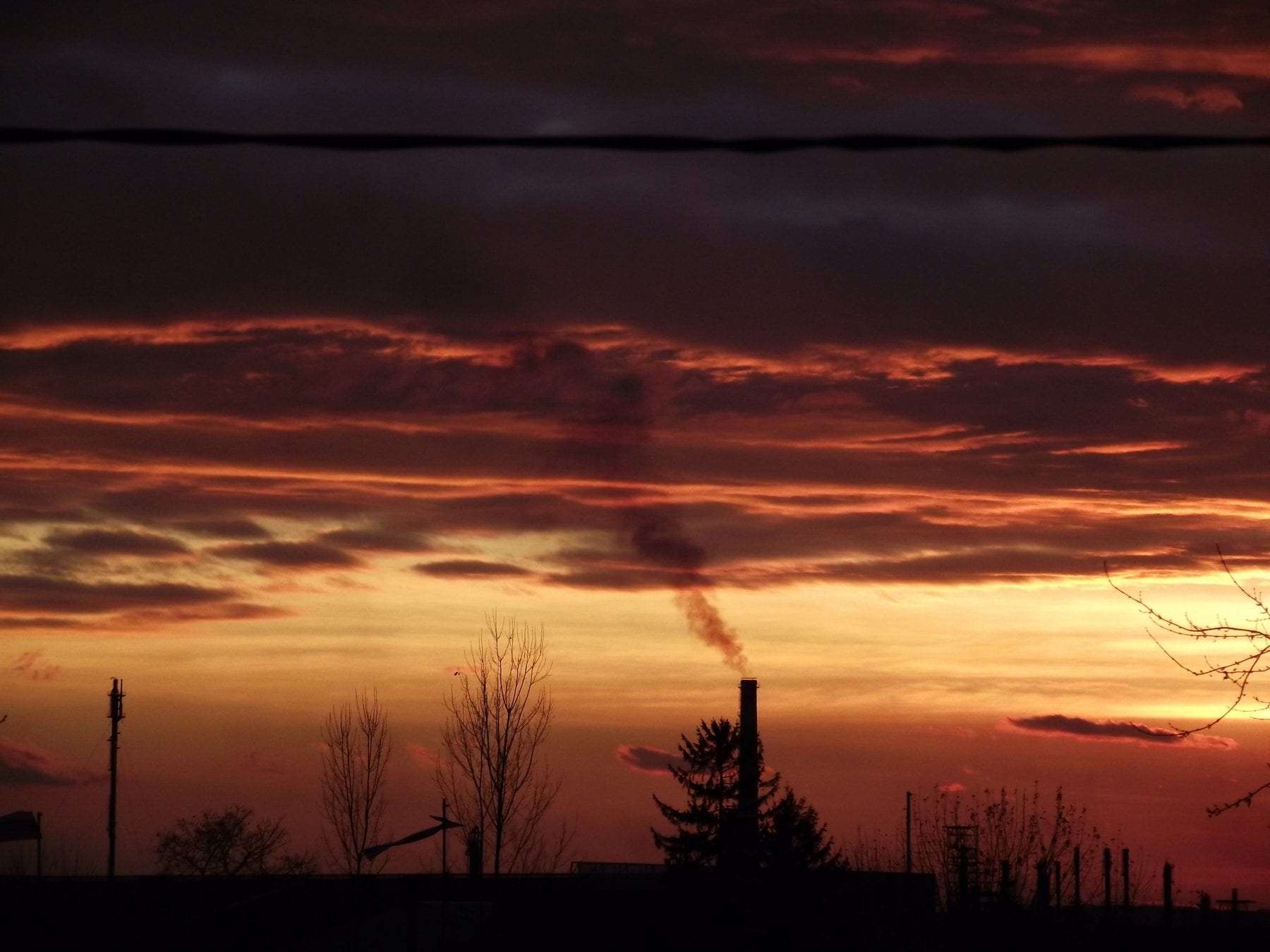 In this article, we discuss the importance of environmental litigation and its effect on society.

It was the spring of 1971. Then in second grade, this author saw a short film in school about air and water pollution.  Horrified at what seemed to be our inescapable doom, I typed my first letter. In three or four desperate sentences to President “nixin.” I begged him to do something about it.  My father sent my letter to the White House.

President Nixon answered, reassuring me that things were being done.  Indeed they were. In 1970, the President had signed the National Environmental Policy Act or NEPA. It is America’s most important environmental law.

NEPA requires federal agencies to consider the effect of proposed major federal actions on the natural and physical environment. Major federal action is the adoption of a discretionary policy, program, plan, or project.

The first step after a major federal action is proposed is an environmental assessment to determine whether the action might have significant ecological, economic, historical, aesthetic, social, cultural, or health effects on the environment. If not, a “no impact” statement is issued.

If so, preparation of a detailed environmental impact statement (EIS) is begun. The process is complex, rigorous, time-consuming, and expensive.  Less damaging alternatives and mitigation must be examined. Public comment must be solicited. Changes to a project may occur, which in turn requires further work on the EIS.

A finding of impact does not require changes. It requires the agency to stop, think and inform the public. If the process is incorrectly done, a court will enjoin the action until it is corrected. NEPA encourages environmentally-friendly changes to avoid the serious delay and expense of repeated trips to court and difficult statutory compliance.

The Clean Air Act (CAA) has three main parts. First, it regulates the number of acids, particulate matter, and other harmful substances in the air.

Second, it imposes pollution controls on stationary polluters like oil refineries, coal-fired power plants, glass factories, and cement plants. It also requires the use of clean air technology. Violators face administrative fines of up to $45,000 per instance per day. Knowing violations are felonies. Fined companies almost always settle with the EPA.

‘Third, the CAA imposes emissions standards on mobile polluters—cars and trucks. Tampering with required clean air equipment can cost a driver thousands in fines and repairs.

The main purpose of the Clean Water Act (CWA) is to “restore and maintain the chemical, physical, and biological integrity of the Nation’s waters.” Prior to its passage in 1972, American water purity was a matter of state regulation, with some jurisdictions maintaining very low standards

The CWA instituted national, technology-based clean water standards. It prohibits “point sources,” defined as “any discernible, confined and discrete conveyance from which pollutants are or may be discharged” from releasing pollutants without a permit, or outside that permit, into the surface waters of the United States and three miles into the oceans. The CWA does not regulate groundwater pollution.

Investigations, permits,!fines, and Administrative Orders are handled by the EPA and the Army Corps of Engineers. So is the protection of wetlands.

Administrative Orders require the cessation of the violation plus cleanup. Under the CWA, they must be issued. CWA fines were increased to over $47,300 per day per violation in 2019. A knowing violation is a felony punishable by five years in prison and a $250,000 fine.

The U.S. Fish and Wildlife Service and National Marine Fisheries Service jointly administer the ESA. Protected species are listed as either endangered or threatened. “Endangered” means a species is in danger of extinction throughout all or a significant portion of its range. “Threatened” means that species are likely to become endangered in the foreseeable future. All species are eligible for protection except pest insects.

The ESA requires federal agencies to conserve listed species. It also prohibits federal agencies from authorizing, funding, or carrying out any action that would jeopardize a species, or destroy or modify its critical habitat.

There is no protection for threatened or endangered plants on private land without some federal involvement. However, the ESA gives the FWS authority to tailor take prohibitions on private property to the needs of a listed animal species.

Like the rest of the federal government, the Fish and Wildlife Service uses mediations frequently, resolving everything from listing disputes to critical habitat controversies.

The Resource Conservation and Recovery Act (RCRA) is the EPA’s cradle-to-grave system of regulation covering the generation, transportation, treatment, storage, recycling, and disposal of solid municipal, industrial, medical, and household waste. The effort is shared between the states and the federal government, with the RCRA providing the minimum acceptable standards.

Much waste is not hazardous.  Here, efforts are focused on resource recovery (recycling), waste reduction at the source, and proper landfill management. Another waste is “hazardous” meaning that all or part of it is dangerous to human health or the environment.  Such waste must be treated where possible, ideally rendering it not hazardous.

Almost 700,000 underground storage tanks are used for disposal, along with disused mines, injection wells, salt domes, and other geological and man-made containment systems. This has led to a complex system of inspections and monitoring.  It has also led to intense safety regulations and required paperwork.

Where violations occur, administrative notices of corrective action, suspensions of permits, fines, and cleanup orders may be imposed or agreed on. Administrative fines can reach nearly $75,000 per day per violation. Civil and criminal suits may be brought by the state, citizens, or the federal government.

Since liability is usually clear, the settlement is common. Exposure to hazardous waste at work or because of soil or groundwater contamination can lead to mass toxic tort litigation because of resulting disease or disability.

The Comprehensive Environmental Response, Compensation, and Liability Act (CERCLA), and the Superfund Amendments and Reauthorization Act of 1986 (jointly “Superfund” ) responded to the danger posed by closed or abandoned hazardous waste sites like the notorious Love Canal in Niagara Falls, New York, still posed a danger to human health and the environment. At the Love Canal site, which covered hundreds of acres, entire neighborhoods had to be demolished and over 550 people relocated because of dumping by OXY Chemical Company.

The point of the law is that the polluter or successor landowner should pay to remediate the site.  But there are exemptions, such as municipalities, gas stations, small businesses, and homeowners. To the extent that a responsible party can be found, the EPA will offer to settle on favorable terms, with some or all responsible parties. It will keep the responsible party’s ability to pay in mind.  Responsible parties may be able to clean up more cheaply than EPA, and they are given the option.

If a settlement is not achieved, an administrative order will be placed on the property. It will be cleaned up and costs will be pursued. Clean up of Superfund sites is a long, expensive process. The settlement is likely the best option.

In the last decade, climate change has gone from a late-night punchline to a concerning part of daily life. It’s the newest trend in environmental litigation. Since 2016, plaintiffs have been suing the fossil oil industry for climate change, hoping to recover damages for stronger hurricanes, increased flooding, and rising sea levels.  Children concerned about the future condition of the world they will inherit are suing today’s leaders to compel them to act swiftly and boldly to reverse the destructive trends.

Such litigation is being brought worldwide, with some courts have recognized a right to make such a  claim on Constitutional or human rights grounds.  Thus far, climate change injury appears to be wrong in search of a remedy.  In January of 2021, the US Supreme Court heard oral arguments in BP PLC v. Mayor and City Council of Baltimore, on the narrow question of whether the Fourth District used the right standard to determine removal from state court was improper.

The more interesting question to be decided is whether the proper forum for climate change litigation in state or federal court. Does the issue demand federal court review? Or was the Ninth Circuit correct when it recently ruled in Juliana v. the United States, 217 F. Supp. 3d 1224 (D. Or. 2016) that it had no jurisdiction because the questions presented were political? Time will tell. Meanwhile, cases based on state law claims of strict liability, fraud, nuisance, and trespass will continue to wind their way through the system.

In this brief overview, we have seen the complexity of the laws necessary to protect the human and animal environment. The enormous fines and huge cost of litigation to both sides make settlement the preferred resolution.