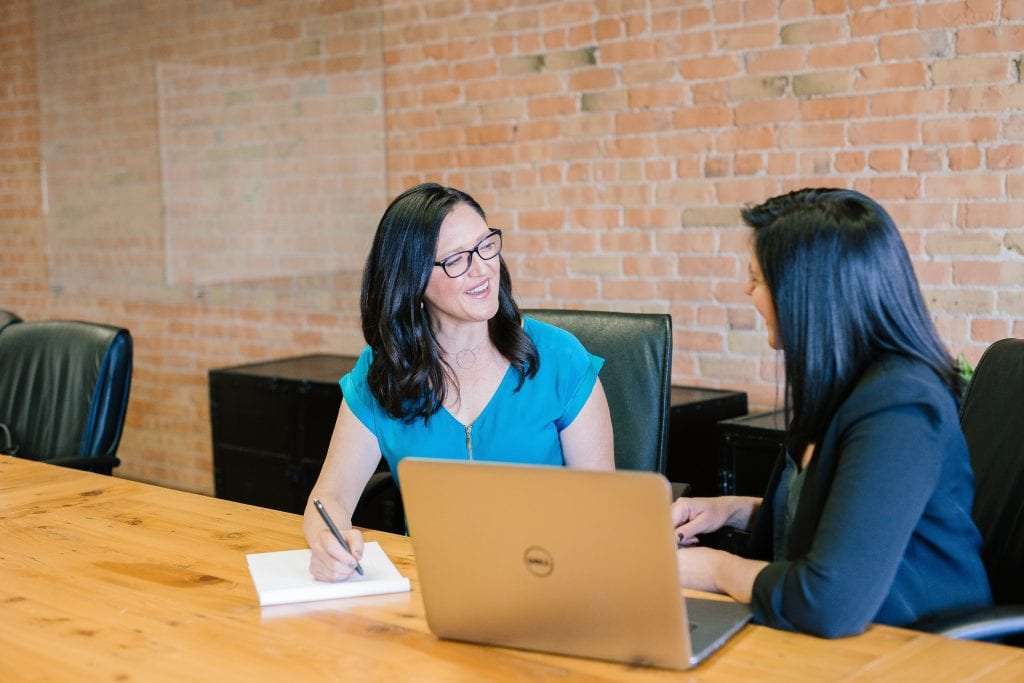 The jurisprudence on the appointment of the arbitrator has substantially been evolving through the judgment of various High Courts and the Supreme Court of India (‘Supreme Court’). On the contrary, there is an underlying bottleneck issue creating a conundrum when it comes to the law on appointment of arbitrator resulting in a juxtaposition between statutory provisions and the new decisions being rendered by Courts. Over the due course of time, a plethora of judgments has pushed the courts in a dilemma to decide between upholding either party autonomy or the principles of natural justice. For instance, the judgment delivered by Supreme Court in the case of Central Organisation for Railway Electrification v. ECI-SPIC-SMO-MCML (JV) A Joint Venture Company [2019 S.C.C. OnLine SC 1635] (‘Railway Electrification’) wherein the Supreme Court inter alia justified the unilateral appointment of the arbitrator for the constitution of an arbitral tribunal consisting of three arbitrators.

This article attempts to discuss the jurisprudential aspect on the unilateral appointment of arbitrators in India, by analysing the expressed provision of the statute and the 246th Law Commission Report in context with the types of appointments that have been struck down or upheld by the Indian courts. Furthermore, the article will critically analyse the existing lacunas that have created a void through various precedents over the due course of period.

Overview of the facts

In Railway Electrification the Supreme Court held that there is no embargo on the unilateral appointment of a retired employee as an arbitrator. The Indian Supreme Court also distinguished its decision in TRF Limited vs Energo Engineering Projects Limited [(2017) 8 SCC 377] (‘TRF’)and held that it is not applicable to the facts of the case. In TRF case, the Supreme Court had held that if a person had become ineligible to be appointed as an arbitrator by operation of law, then any nominee appointed by such an ineligible person, shall also be ineligible.

The Indian Supreme Court even before the enactment of the Arbitration and Conciliation (Amendment) Act, 2015 (‘2015 Amendment’) observed that unilateral appointment is not an unfettered right. In a significant overhaul of the Arbitration and Conciliation Act, 1996 (‘the Act’) vide 2015 Amendment, Red and Orange List of the International Bar Association (IBA) Guidelines on Conflict of Interest in International Arbitration was inserted as a schedule to the Act. The 2015 Amendment inserted a non-obstante clause via section 12(5) which states that:

“(5) Notwithstanding any prior agreement to the contrary, any person whose relationship, with the parties or counsel or the subject-matter of the dispute, falls under any of the categories specified in the Seventh Schedule shall be ineligible to be appointed as an arbitrator.”

This 2015 amendment buttressed the stance of Indian courts over the issue of invalidating the unilateral appointment of an arbitrator.

Legislative Intent Behind Section 12(5)
From a combined reading of Section 12(5) and Schedule VII of the amended Act, it is pertinent that the Parliament has manifested that the procedure of appointing an arbitrator cannot provide for one of the parties alone making the appointment of the arbitrator. The insertion of the list under IBA guidelines as a schedule to the Act construed a relationship between the parties, arbitrators, and subject-matter whereby people having relationships falling under the Red List [Non-Waivable], incorporated under Schedule V of the Act, are prohibited from acting as an Arbitrator in the subject arbitration. Further, relationships falling under Orange List [Waivable], incorporated under Schedule VII of the Act, gives justifiable doubts as to the independence and impartiality of the arbitrator and parties are at liberty to waive the objection to the same by mutual agreement.

The Law Commission of India in its 246th Report recommended that the 2015 amendment is intended to do away with the appointment of a sole arbitrator by one party and also contended that the amendment is in consonance with the principles of natural justice, that an interested person cannot be an adjudicator.

Moreover, the literal rule of interpretation is a cardinal principle under the interpretation of the statue. The cardinal rule of construction of statutes is to read the statute literally, that is by giving to the words used by the legislature their ordinary and natural meaning and the judges cannot go beyond ‘litera legis’. In Sutherland’s “Statutory Construction” (3rd Edn., Vol. 2) and Crawford’s “Construction of Statutes” (1940 Edn.) it is postulated that:

“Where the statute’s meaning is clear and explicit, words cannot be interpolated. In the first place, in such a case, they are not needed. If they should be interpolated, the statute would more than likely fail to express the legislative intent, as the thought intended to be conveyed might be altered by the addition of new words.”

Hence, it can be construed that the legislative intent behind the insertion of Section 12(5) to the Act was deliberate. Thus, non-adherence of the Supreme Court to the statutory provisions in the Railway Electrification, arriving at a conclusion by deducing from the TRF judgment, something which was not provided under the said judgment, is against the settled principles of law. Therefore, it seems that the Supreme Court has committed a grave error of law and should reconsider its stance.

Analysis of the Judgement
Lately, a swift change can be seen in the jurisprudential evolution ofthe arbitral laws in India. Sequitur, the issue of unilateral appointment of arbitrators has witnessed intense judicial scrutiny. The decision of the Supreme Court in the Railway Electrification judgment seems impugn considering the 2015 amendment and the legislative intent behind it. Looking at the judicial history and the evolving development over the issue of unilateral appointment of the arbitrator from the vantage point of Railway Electrification judgment, it is the case of Perkins Eastman Architects DPC v. HSCC (India) Ltd., [(2019) S.C.C. OnLine SC 1517 (‘Perkins’ ) where the Court has failed to consider para 17 of the TRF case which states that,

“It has been observed by the arbitrator, otherwise the legislature could have amended other provisions. He has also observed that the grounds including the objections under the Fifth and the Seventh Schedules of the amended Act can be raised before the Arbitral Tribunal and further when the nominate arbitrator has made the disclosure as required under the Sixth Schedule to the Act, there was no justification for interference.”
Further, the Supreme Court in Voestapline Schienen Gmbh v. DMRC, [(2017) 4 S.C.C. 665] (’Voestapline’), relied on the 246th report of the Law Commission of India, wherein it was observed that:

“there are certain minimum levels of independence and impartiality that should be required of the arbitral process, regardless of the parties’ apparent agreement. A sensible law cannot, for instance, permit appointment of an arbitrator who is himself a party to the dispute, or who is employed by (or similarly dependent on) one party, even if this is what the parties agreed”.

Ironically, the court heavily relied on its judgment in Voestalpine, wherein the court while upholding the appointment of Government officials as arbitrators, directed the respondent to broaden their panel by including professionals from varied fields to dissipate perceptions of biasness, unfairness, and impartiality. The SC inter alia opined that:

“…if an arbitrator is an employee, a consultant, an advisor or has any past or present business relationship with a party, he is rendered ineligible to act as an arbitrator. Likewise, that person is treated as incompetent to perform the role of arbitrator, who is a manager, director or part of the management or has a single controlling influence in an affiliate of one of the parties if the affiliate is directly involved in the matters in dispute in the arbitration.”

It is imperative to note that in Railway Electrification, the SC directed the Petitioners to send a panel of 4 retired officers which is contradictory to the court’s direction for a broad-based panel in Voestalpine.
Thus, the Supreme Court while relying on the findings of Voestalpine, TRF, and Perkins judgments in the Railway Electrification applied the mischief rule of interpretation which appears to be bewildering and a grave error of law.

Conclusion
In Bharat Aluminium Co v. Kaiser Aluminium Technical Services, the Supreme Court held that where the meaning of the statutory words is plain and unambiguous, it is not for the judges to add and amend or, by construction, make up deficiencies which are left in the Act. Moreover, even from the vantage point of international jurisprudential aspect on the unilateral arbitration clauses and arbitral appointment, highest courts in countries like Russia and France have invalidated the unilateral dispute resolution clauses.

However, the Indian apex court in Railway Electrification not only contradicted its own position but at the same revived the long-settled issue of Unilateral Appointment. In doing so the Supreme Court not only committed a grave error of law but also defeated the legislative intent. Furthermore, it is pertinent to note that tackling the issue of unilateral appointment of arbitrators on a case to case basis will only prove to be fatal to the Indian Arbitration Eco-System. Nevertheless, Indian courts should start buttressing the arbitral paradigm by removing the critical lacuna juxtaposed in the unilateral appointment of arbitrator through resurrecting a stoic legal position with a special emphasis on boosting the institutional arbitration wherein both the parties have an equal bargaining power thus ensuring fairness and impartiality in the arbitration proceedings.

This content has been written by Lokesh Mewara & Hrishav Kumar. They are undergraduate students at National University of Study and Research in Law, Ranchi (India).