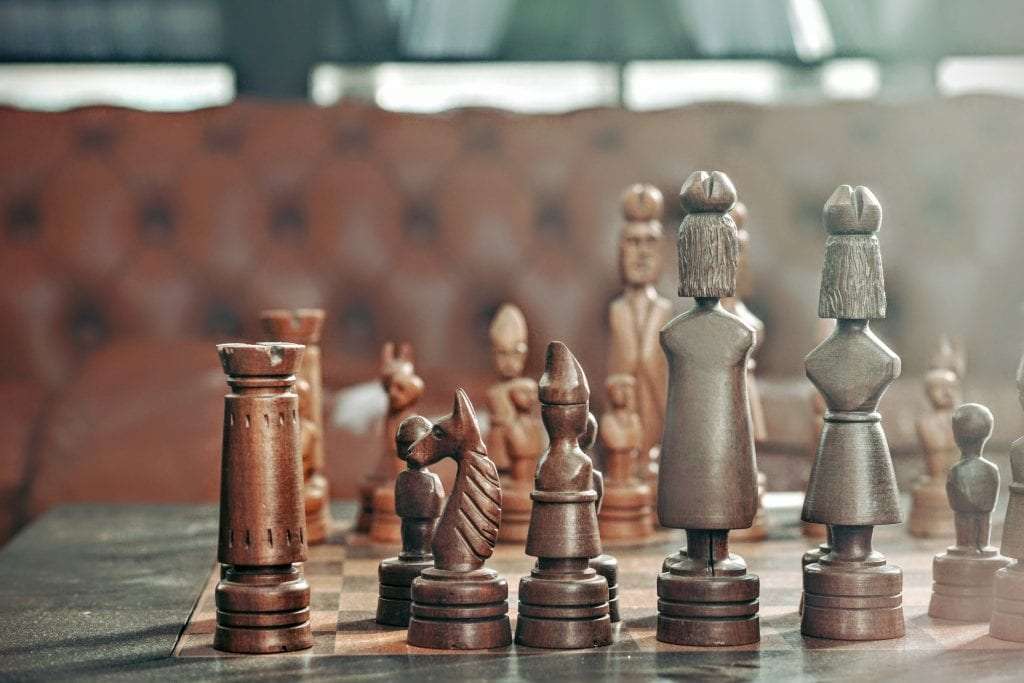 There’s conflict wherever you find humans. However, this reality doesn’t need to be a cause for despair, skepticism or cynicism. Conflict resolution is a genre that should be looked at with optimism. While difficult, resolving conflict is actually an important part of moving forward within relationships and the business word. Conflict management is especially crucial for companies, organizations and enterprises because it can greatly reduce disputes, arguments and litigation when handled properly. What’s more, early conflict intervention can often reduce the “pain points” of a dispute. Take a look at 12 best conflict resolution techniques for effectively resolving disputes that allow for cooler heads to prevail.

It’s so easy for humans to become ruffled. That’s one of the reasons why de-escalation is such an important factor in early conflict resolution. Unfortunately, people engaged in a dispute often take things personally or grow angry instead of listening to what is being said once tense exchanges begin. As a result, we put on ears to argue back instead of to listen. This creates an impossible scenario for good communication.

How does one stay calm when tensions are flaring? This is where calmness is supported by taking the long view. The biggest thing to remember is that every conflict is eventually resolved in some form or another. The goal “in the moment” is to take steps to reduce the boiling point to a slower simmer for the sake of avoiding saying something that can’t be taken back. This is where self-awareness becomes critical. Each person should be willing to ask what they are bringing to the table that is stoking conflict. They should also have the empathy needed to explore the idea that the person they are butting heads with may be responding out of anger and frustration stemming from unrelated situations.

2. Listen to Understand Instead of Listening to Argue

Have you ever stopped to think about how much of an argument with another person is really just an argument with one’s self? Generally, a person engaged in an argument is spending more time formulating their next point or accusation than they are really hearing what is being said to them. As a result, most arguments are ineffective because they really represent two people “giving presentations” instead of collaborating on a shared resolution. This is where it’s a good time to look at how the formal mediation process allows people to push past this very limiting habit.

In mediation, the approach of “taking turns” is critical for ensuring that everyone is heard. Freedom to talk also gives a person freedom to divulge what they really want after letting their frustration out. Anger and argumentativeness are defense mechanisms used to cover up hurts, fears and embarrassments. Most people don’t have the communication skills to get past this armor to get to the root of the issue. Skilled communication facilitators know that allowing a person to vent is actually the key to diffusing anger. Ultimately, getting to a place where resolution is possible often means “waiting a person out” using active listening until they have decompressed enough to come to the table to really talk without shields.

Conflict has a very strong negative connotation. However, conflict resolution is positive by nature. A theme of focusing on commonalities is crucial. In addition, empathizing is a powerful aspect of bringing two people together.

Persuasion and argumentativeness could not be further apart. However, many people confuse the two when trying to make a case for something. Good conversations happen when people are able to share their perspectives without stirring defensiveness in others. The following pointers can be helpful for creating a more direct path to results:

Talking in vague terms isn’t always a great pathway to connection when resolving a conflict where to two people have different vantage points. Using “I” statements helps to create a stronger, more direct connection. It also signals that you’re in a mode to take personal responsibility.

5. Focus on Tackling the Problem Instead of the Person

Good negotiation all comes down to getting the other person out of defensive mode. This is why it’s important to depersonalize comments as a way of moving away from “accusations” toward “problem solving.” It’s as simple as remembering to keep the focus on tackling the problem instead of tackling people. Creating a “shared concern” is really the best way to create a collaborative mindset.

6. Leave Blame Out of It

The temptation to place blame may be the biggest obstacle to collaboration across the board. That doesn’t mean that there’s not a place for blame. There is value in getting to the root of who is responsible for specific mistakes or shortcomings. However, it’s important to be prepared for the fact that most people will not be receptive if they feel that they are being targeted for blame. This is why assigning blame to yourself first can be an effective strategy. Blame for the sake of blame is never effective. It only has a role in relation to finding fixes.

7. Look Ahead Instead of Being Stuck in the Past

This is where the balance between figuring out the problem and coming up with a solution becomes delicate. It’s hard to correct a problem if you can’t figure out where things went wrong. However, spending too much time looking in the rear-view mirror is a recipe for stagnation. It’s so important to try to mine for solutions while dwelling on the present and future because these are the only two realms you can still control. When viewing the past, only focus on it from an analysis perspective instead of trying to replay the script in your head.

8. Be Willing to Ask the Right Questions

A problem solver is really an adept investigator once you really get down to the roots. Asking the right questions is so important for discovering “what went wrong” in a situation. In addition, knowing how to ask the right questions can determine whether or not you get the information you’re looking for. You have to put the person being asked in the right mindset for wanting to communicate instead of shutting down in reaction to what feels like an “interrogation.” Here’s a rundown of the wrong and right ways to ask the same question.

The “ineffective” questioning methods shared above almost universally invite defensiveness. As a result, you’re very likely to receive an “argument” in response instead of an “answer.” Pay attention to the “effective” questioning methods that make you appear interested to understand and help. These warm, open-ended questions actually invite the other person to divulge much more information than they might if you lead with very targeted, curt questions.

9. Become an Expert at Knowing When to Pick Your Battles

Knowing which hill isn’t the one to die on is an extraordinary talent. The instinct toward defensiveness can convince us that every battle is ours to fight. However, this is counterproductive because we can’t die on every hill if we want to move forward with communication and collaboration. This is where knowing how to properly gauge the “importance level” of a problem or offense is crucial.

One of the most important things you can do is to develop an internal measurement system for determining how much you really care about something. Typically, a scale of one to 10 will work for this. You can also pull out this measuring system to help the person you are in conflict with decide whether or not they’ve reached a hill worth dying on. A scale also allows you to have a measurable way to determine when to let the other person “win.” For instance, a matter that you see as a two may be a nine to the other person. You’d be wise to let the other person “win” this battle if it’s of so little importance to you.

It’s important to preface this next item with a reminder that negotiating should not be confused with manipulation. However, you can use specific tactics to finesse the situation a bit. Yes, being a good negotiator is a bit like being a good salesperson. However, the only thing you’re really selling at the end of the day is conflict resolution that allows everyone to walk away feeling satisfied. What do “sales tactics” look like when properly used in negotiations? This often simply means giving people a choice between two options or scenarios. When approaching a negotiation, try to have two solutions in mind that both work for you to some degree. You can then present those options for the consideration of the other person. This is better than thrusting a single option upon a person because it presents a choice.

11. Embrace Your Creativity Even When the Topic Doesn’t Feel “Creative”

The reality that conflict resolution really is an art form is so often lost on people. If they only knew how many different pieces had to come together to create a portrait where so many different perspectives, tastes, opinions and desires are reflected! Use the mindset that you are tapping into your creativity when negotiating. This often means thinking way outside the box to try to tie together the interests of varying parties. Here’s how to stay on a creative track:

Yes, being bold enough to say that you’re willing to go as far as needed until a fix is found will pay off. You may even find that there are untapped benefits waiting for you once you explore new angles. The bottom line is that it’s important to be creative enough to decide that you’re willing to meet the needs of the person across the table from you.

Many people fear confrontation more than anything. This puts them at a big disadvantage when resolving conflicts because they become too “frozen” to really be present. As a result, they miss opportunities to find common ground. The ironic thing is that being afraid of confrontation often leads to more conflict because poor communication results in misunderstandings and assumptions. The best thing to do is to forget about the “conflict” in conflict negotiation because what you’re really doing is managing previous miscommunications to build a new plan that works better for everyone involved.

And My Final Thoughts on Conflict Resolution Techniques

There’s no need to keep a poker face at the negotiating table. You should feel free to express your excitement when positive developments are made. In fact, this can have an infectious effect that causes the person across from you to want to share in the celebration. As a result, the mood of the “room” is elevated. This opens the door for negotiation on the next topic on a more amicable and positive note.

Do take the time to congratulate the person you’re working with to resolve an issue whenever a “success” is achieved. Let them know that you appreciate the effort that they’ve brought to the table. This is your chance to solidify a partnership by making every piece of the negotiation process a shared success.

The real goal of conflict resolution is to create an environment that allows the person on the other side of the issue to walk away feeling like they were heard, understood and respected. They should feel like they’ve walked away with the “winning” end of the deal. However, part of your “craft” is to also make sure that you’re walking away with at least some of what you want. That win-win mentality truly is the driving force behind negotiating a good resolution.