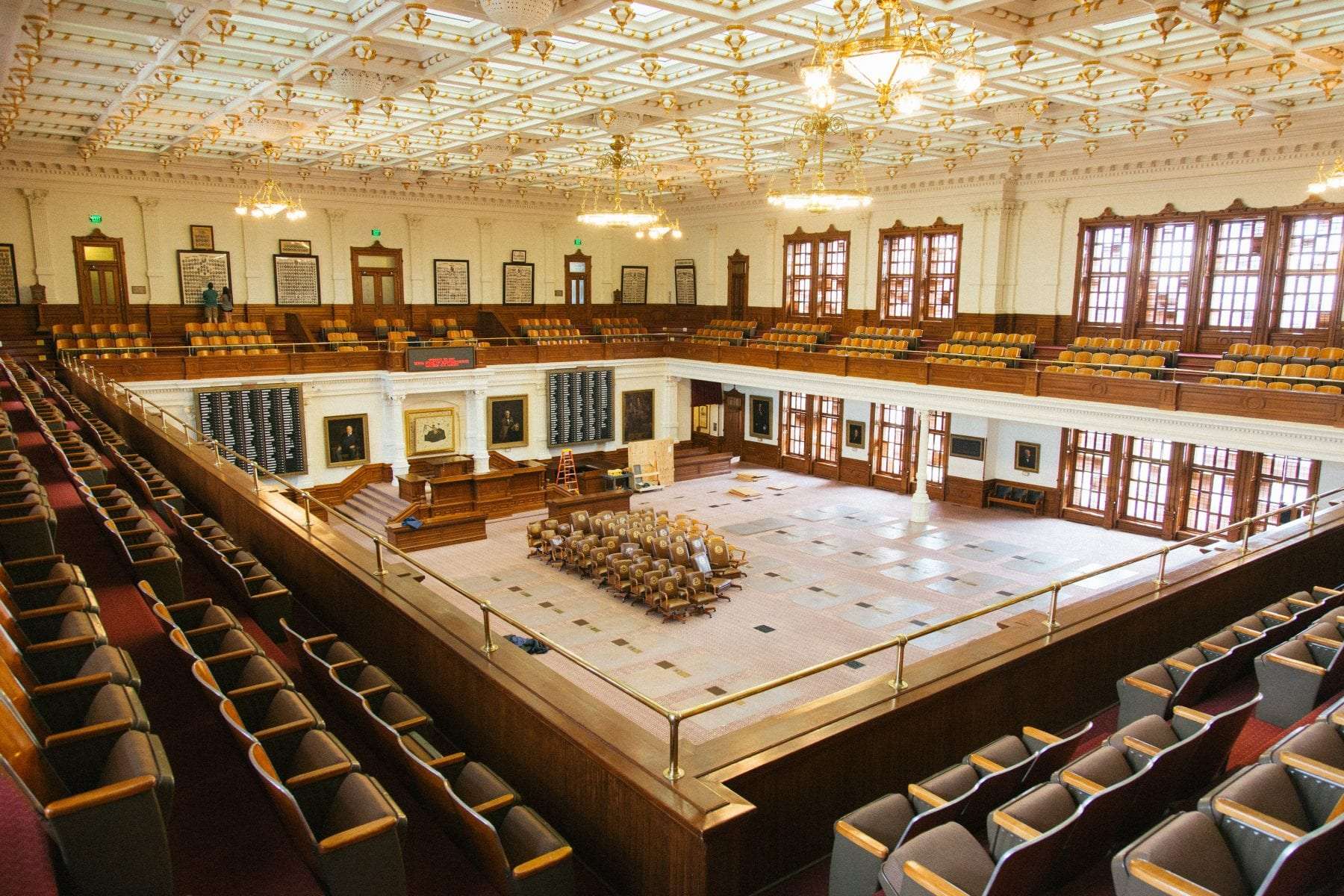 It’s been said that America is the most litigious society in the world, despite the fact that less than 2% of federal cases go all the way to trial. Many more cases do not reach the courthouse.

We are, if anything, a society that settles disputes. We don’t talk that way, and as a group, we are more aggressive than most societies. But settling disputes is what we do.

The chances are good that you will want to settle some dispute in the future. Of course, you should do so in writing. Here is a simple California settlement agreement, with explanations.

Let’s say Bob Lyons and Sarah Jameson were involved in an auto accident.

While each is shaken up and sore.  But neither believes they are hurt and neither wants to involve the lawyers and insurance companies. So they decide to just release each other from all liability and take care of their own repairs. They sit down together and draft this agreement:

2. On February 14, 2021, Bob Lyons and Sarah Jameson were involved in an auto accident at the corner of Main Street and MacArthur Boulevard in the city of Irvine, California. (Hereafter the “Incident”)

3. Each of the Parties claims the other is at fault, and neither admits any wrongdoing. This agreement is not to be taken as an admission of liability

4.To avoid the time and expense of litigation, the Parties want to resolve their differences and reach a settlement for all disputes existing and potentially existing between them arising out of the Incident.

5.Both parties have had sufficient time to recover from and reflect on the Incident, and have independently decided that they do not require medical attention or legal advice before signing the Settlement Agreement, which each does of his or her own free will.

6. The Settlement Agreement is intended to be binding and enforceable.  It shall be admissible in a proceeding to interpret or enforce it.

7. Both Parties contributed to the drafting of this agreement, which shall not be construed against either of them. They wish this Settlement Agreement to be broadly construed for their protection.

The parties hereto agree as follows:

Each of the Parties agrees to the Settlement Agreement completely releases and forever discharges the other from any and all past, present, or future claims for, obligations, causes of action, rights, monetary or other damages, on account of, or in any way arising from the Incidents.

It is further understood and agreed by the Parties that all rights under section 1542 of the California Civil Code, and any similar law, are hereby waived as to claims which those parties released do not know or suspect to exist at the time they execute this release. This section reads as follows: “A general release does not extend to the claims which the creditor does not know or suspect to exist in his favor at the time of executing the release, which if known by him must have materially affected his settlement with the debtor.”

In any action or proceeding of any kind relating to this Settlement Agreement, the prevailing party shall be entitled to collect reasonable attorneys’ fees and costs from the non-prevailing party in addition to any other recovery.

4. Warranty of Capacity to Execute Agreement

5. Entire Agreement and Successors in Interest

This Settlement Agreement contains the entire agreement between the Parties and shall be binding upon and inure to the benefit of the executors, administrators, personal representatives, heirs, successors, and assigns of each.

The terms of this Settlement Agreement have been completely read and understood by the Parties and that those terms are voluntarily accepted by it.

This Settlement Agreement shall be construed and interpreted in accordance with the laws of the State of California.

The Parties agree to cooperate fully with each other in carrying out the intent of this Settlement Agreement, and l to execute all additional documents reasonably necessary to do so.

This Settlement Agreement shall be effective upon the signature of both parties.

The factual scenario on which the settlement and release are based is extremely simple yet fairly common – A decision is made not to involve the insurance companies or lawyers and either a small payment or no payment is made by one party to the other. Were there lawyers involved, more complex documents would be the norm.

A. Recital 1 is a simple statement of the parties. California law requires that the parties to a contract be adults. Since adults are presumed to be competent, that fact is noted. Minors may not make binding contracts without the permission of the courts or their parents. However, they may enforce contracts made by adults with them.

B. Recitals 1 through 4: These are the basic facts underlying the dispute. Without them, the court might find the contract vague, uncertain or ambiguous, and therefore unenforceable.

C. Recital 5 is meant to overcome any later contention is that the settlement agreement was entered into under physical or emotional duress. Time to reflect and statements of free will have been held to defeat the duress defense.

D. Recital 6 would be necessary to render the settlement enforceable if it occurred in mediation. Also, it overcomes the argument that the document reflects only notes about a proposed settlement instead of an actual settlement.

E. Recital 7 is meant to overcome the normal rule of contract law that the person drafting the contract has it construed against them in the case of any ambiguity. If both parties jointly drafted the contract, there is no such rule.

F. Recital.8.  This recital makes it easier to use the statements in the contract as evidence. It also counters arguments of false recitals.

G. The general release by both parties is the consideration for this contract – that is, the thing of value given in exchange for performance. Without consideration, the contract is not binding. Here, parties are both giving up the right to pursue a legal remedy for any damages. Because of the Civil Code section 1542 waivers, they are also giving up claims they don’t know about, which could be very serious if there is an undiagnosed injury.

In a mutual release situation, if there were no possibility that one could be found liable (for example, if Lyons innocently were sitting at a red light when struck in the rear by a speeding Jameson) some courts would decide the release of Jameson’s claims was worthless. They would rule there was no consideration, invalidating the settlement agreement. However, most courts find independent value in achieving peace.

Despite the broad language of section 1542 waivers, recent California case law holds that the release affects only claims referred to in the settlement agreement.

H. The reciprocal attorneys’ fees clause is common, but can impose a financial burden as well as relieving one Can the party support the burden of a potential order to pay fees? If not it is better not to include the clause.

I. This provision basically says that the parties have not sold any part of the claim and have the ability to settle it. (Assignment of claims to someone else most often occurs in collection matters).

J.  Some version of paragraph 5 is found in most contracts. The idea is to bind those who might acquire some right related to the contract to its terms. But this doesn’t always end litigations. Such terms must be clear to be enforced. Those intended to be bound are not signatories Quite apart from the boilerplate, they may have individual rights. Those will persist despite the clause Courts have sometimes refused to enforce releases concerning minor children. Successors Estate representatives will not be bound to perform personal obligations.

K. Although a provision regarding comprehension is common, courts rarely accept lack thereof as an excuse, reasoning that the burden is understood is on signatories, who should find help before signing if necessary

L. It is best to choose the law of the place of performance unless there is a compelling reason not to. Courts, lawyers and parties will be more familiar with it.

M. A settlement will often require signatures on other documents, such as deeds or dismissals  Good faith is implied in every contract

You can resolve a dispute with a simple settlement agreement. But be clear in your goals and carefully choose your words. You should have your lawyer spend a few minutes going over it. Every word will be important. Know what everyone’s intent is. Write everything down clearly. Take the time to read, edit and reread. A settlement is no time to rush. ADR Times can help connect you with expert settlement attorneys who can help you better navigate legal agreements.