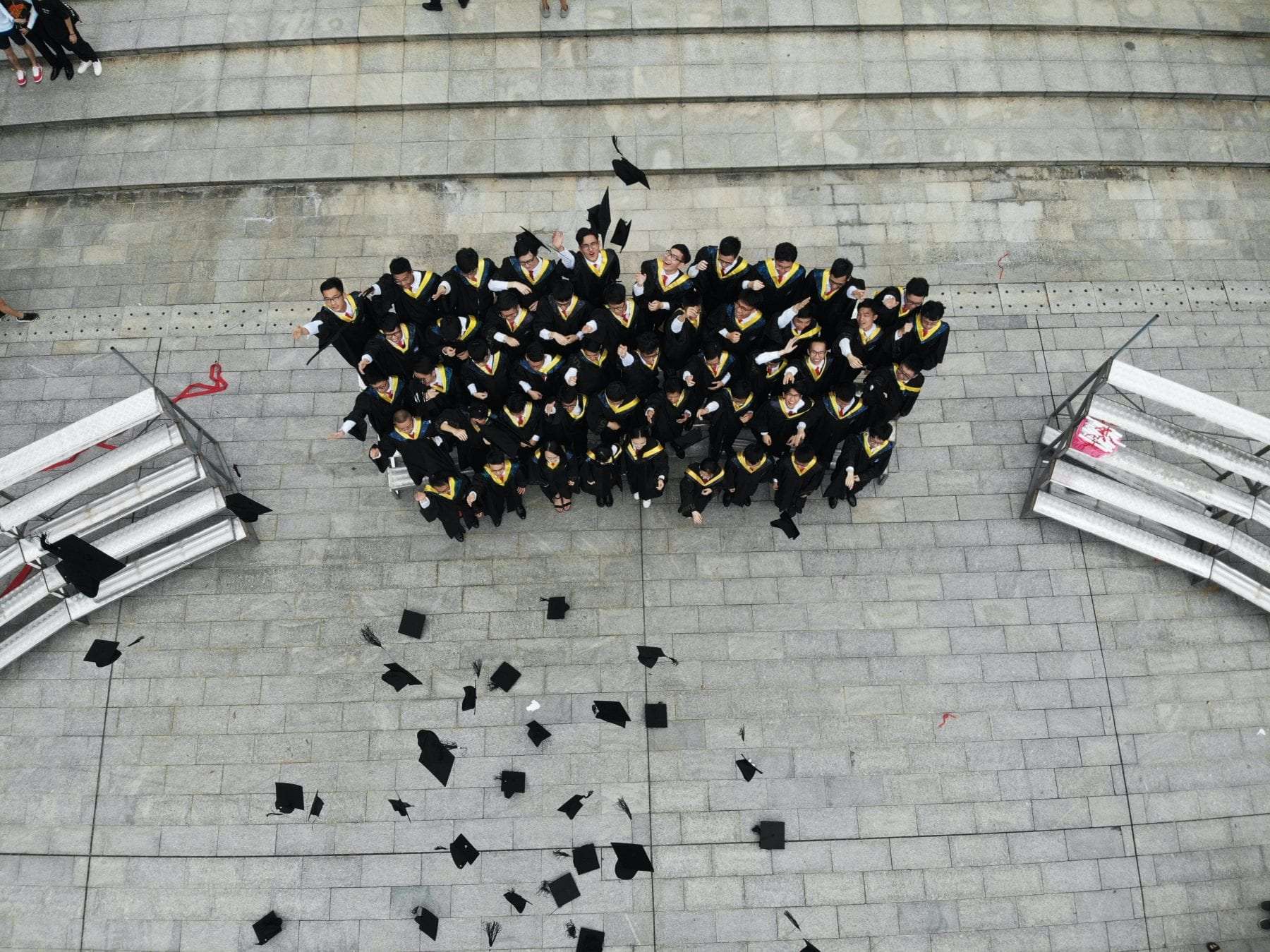 So you want to be an arbitrator and learn about arbitrator training? That’s not surprising. The US Department of Labor estimates that between now and 2029, the demand for arbitrators will grow at twice the rate expected for other occupations.  And should you reach the top of the field, you can expect to be richly rewarded. One commentator calls fee awards for arbitrators “lavish,” noting they can reach millions of dollars in the largest commercial arbitration cases.  Less successful arbitrators’ salaries still surpass most other occupations, with average salaries reaching $63,000, compared to an average for all occupations of about $52,000.

The forecasted high long-term demand and generous compensation spring from America’s decades-long fascination with arbitration as an alternative to crowded court dockets.

Beginning in the latter part of the 20th century, Americans sought relief from litigation. The civil trial had become a beast.  It burdened those who were both unfortunate enough to be caught up in it and wealthy enough to stay the course with high cost, endless delays, and untold disruption to their daily lives. Civil litigation was a rich person’s pastime.  The 1990s reportedly saw as much as a tenfold increase in legal costs, a lack of effort at case management, and a perceived decline in legal professionalism.

The use of arbitration is often required by contract. The most recent survey of Fortune 1000 companies found that 83% used arbitration within the last three years.  It’s also an accepted part of consumers’ daily lives. Between 35% and 70% of consumers, contracts contain mandatory arbitration provisions.

Congress, faced with huge case backlogs in the Federal courts, responded by requiring the use of court-connected mediation and arbitration, beginning with the Civil Justice Reform Act of 1990, and continuing with the Alternative Dispute Resolution Act of 1998.  Additionally, Congress and the Federal courts have strongly supported the use and enforceability of alternative dispute resolution, particularly under the Federal Arbitration Act, only stepping in on limited grounds to ensure fairness.  Even then, the validity of arbitration provisions is overwhelmingly upheld.  Professor Jeffrey Stempel writes that the U.S. Supreme Court has a “crush” on arbitration, a situation he says is unlikely to change soon.

State courts have been equally supportive of arbitration when construing analogous state law.  International treaties concerning arbitration mean that arbitration awards are often more easily enforceable abroad than judgments of a United States court.  Up to 90% of international commercial contracts contain an arbitration clause. There is a boom in arbitration, and arbitrators will be needed to meet the demand.

Do I need a law degree to be an arbitrator?

Most people think of arbitrators as lawyers or retired judges.  But the Bureau of Labor Statistics says the most common entry-level education is a bachelor’s degree, with experience in a related field such as insurance, finance, or construction.

It’s worth remembering that modern commercial arbitration had its foundations in the ancient guilds and trade fairs of England. The Royal Courts were not accustomed to dealing with trade matters.  So, they left commercial disputes to the tradesmen, who resolved the dispute without discovery or motions. The basis for the decision was the practice in the trade, not legal rules.  Arbitration grew up alongside the law, not as part of it.   While the state has eagerly adopted arbitration, it remains a private contractual arrangement.

Given the prevalence of legal issues in arbitration, a law degree would certainly open up opportunities.  But so, would a CPA, an MBA, or a PhD in various fields.   So would work experience that has helped you develop expertise relevant to the dispute. For example, appraisers are often appointed as arbitrators. Arbitrators are also needed in the technology, manufacturing, telecommunications, oil and gas, and real estate arenas.

Remember, though, you will have to be familiar with some legal concepts how about like due process, jurisdiction and discovery. And there is a great deal of case law that has grown up around arbitration.  At some point, you will likely end up learning arbitration law. Don’t be intimidated; it’s just another step towards your goal.

What training do I need to be an arbitrator?

Technically, you don’t need any training to be an arbitrator. There are no licensing or degree requirements. All you need is two or more disputants willing to contractually agree to submit a dispute to you for resolution, but court-connected arbitration is usually open only to lawyers who have been in practice for a number of years.

That said, few people are going to choose an arbitrator who doesn’t have some combination of training and experience in arbitration, in addition to subject matter expertise. Let’s be realistic.  To succeed as an arbitrator will require training.

If a whole degree is too much to contemplate right away, you might want to start with something like the University of Leiden’s free eleven-hour online course in Arbitration of International Disputes. While no course credit is available for the free version, it would give you an opportunity to find out if this is an area you want to pursue.

Outside an academic setting, the Chartered Institute of Arbitrators (CIArb) offers the most comprehensive training available. CIArb is a global nonprofit organization with over 17,000 members.  It offers four training “pathways” to arbitration diplomas, each consisting of classes, in theory, practice, and procedure. The award of a diploma requires a candidate to pass a rigorous test. Diplomas are available in domestic arbitration, international arbitration, construction arbitration, and maritime arbitration.

The American Arbitration Association is a nonprofit arbitration administration provider.  It has handled over 6 million arbitration cases since the founding in 1927. Its education office provides a blend of books, I demand videos and in-person seminars. The books are most likely to give a beginning arbitrator the overview he or she needs. Videos and seminars cover a wide variety of topics, but most are geared toward practicing arbitrators, and address specific topics like healthcare arbitration or breaking impasse in mediation, or how to arbitrate online. The courses can build your expertise and in-person events provide valuable networking opportunities.

The International Chamber of Commerce in Paris offers an eight-hour course on arbitration in that forum.

The best way to train in arbitration is to do it or watch someone do it. If you are in a law school setting, ask the person in charge of externships if any related opportunities exist.  There may also be a student arbitration team or an ADR clinic. Take advantage of any chance for hands-on experience.

Go to your nearest Neighborhood Justice Center, pro bono legal clinic, or similar organization and volunteer in exchange for any arbitration training and experience they can offer.  They will probably use mediation much more often, and if you can get mediation training as well, take it. Arbitrators are sometimes asked to use hybrid processes involving both techniques.  Be able to mediate if necessary so you don’t have to refer potential clients away to other arbitrators.

If you have friends or acquaintances that are arbitrators, tell them how interested ask if you can observe them in arbitration, and ask questions afterward.   Remember that parties who value privacy may be uncomfortable with this. Volunteer to sign a confidentiality agreement. Stress that you’re only there to learn and promise not to discuss anything with anyone who wasn’t in the arbitration. If someone still objects, you’ll have to wait for the next chance.

Don’t try to get an externship or a mentor first thing.  You have to prove you are serious. Do some learning first, whether it’s taking classes towards a degree, reading a lot, or following a CIArb pathway.  Be able to talk, think and write intelligently about arbitration as a part of dispute resolution.

Also, be ready to offer something of value in return, whether it’s free clerical work in the mentor’s office, maintaining his or her web presence, use of your core expertise, or simply a nice lunch now and then.

What if you don’t have any friends who are arbitrators? It’s time to make some new friends.  Whether it’s the local bar association’s ADR section meeting, the Society of Professionals in Dispute Resolution, an AAA (American Arbitration Association) seminar, or something else, you need to go where the arbitrators are if you want to learn from them.  Let them know about your core expertise. Someone might need it. And don’t forget to maintain and build on prior contacts in your core industry.  Eventually, those people are going to be your client base.

Arbitration is not for beginners. The Bureau of Labor Statistics reports the average experience at entry was nine years.  Many arbitrators wait much longer, developing core expertise that translates to credibility, clients, and high compensation.

Just as you trained and worked hard to develop your core expertise, you will have to do the same to succeed as an arbitrator.