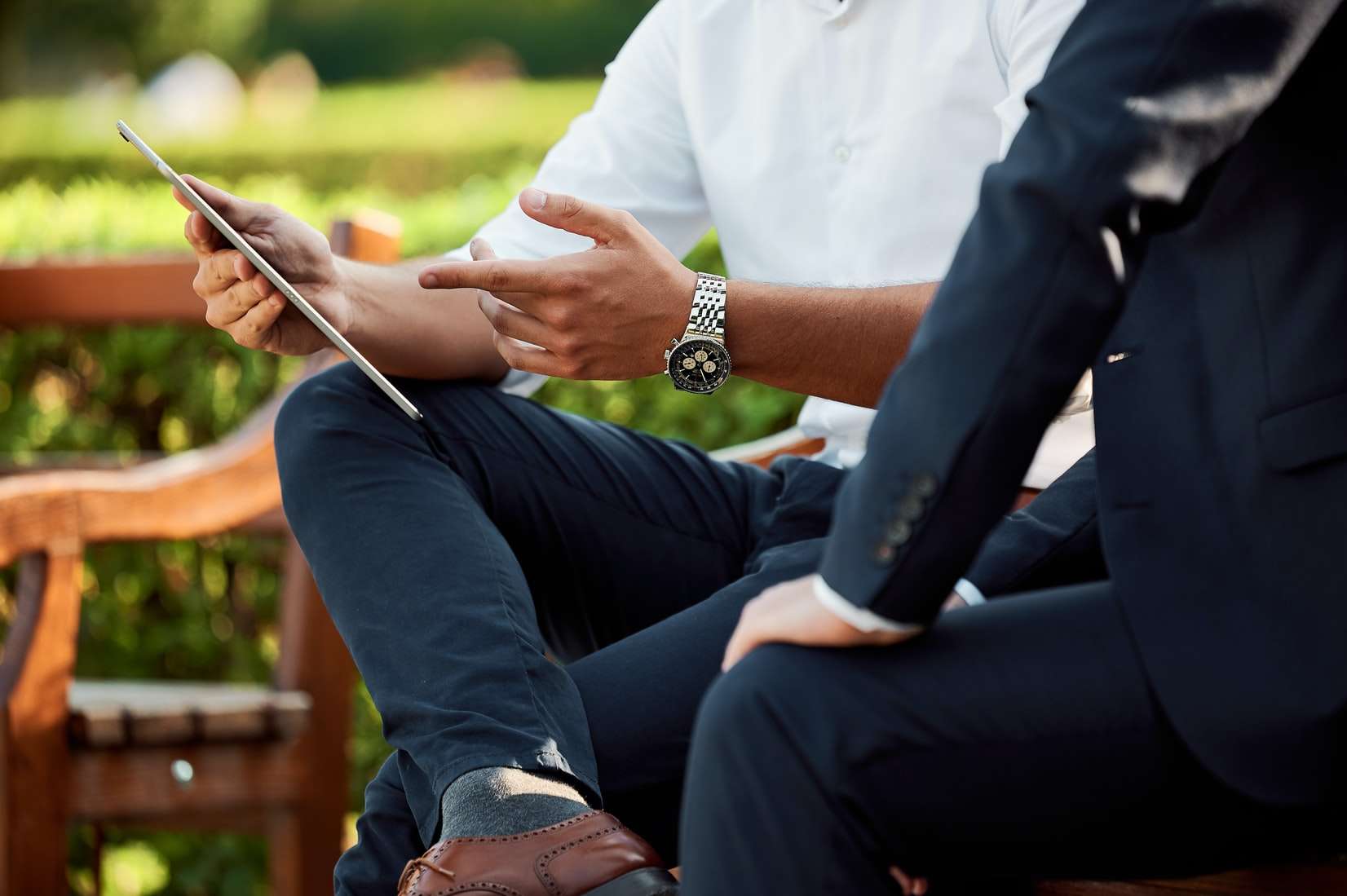 When collective bargaining reaches an impasse, the usual next step is a strike.  For some essential public employees, such as firefighters and police officers, there is no right to strike.  In such situations, the next step is usually conventional arbitration.

But conventional arbitration has been criticized because arbitrators supposedly arrive at awards by “splitting the difference” between the parties’ positions.  Such behavior diminishes concession making, and may even drive parties to take more extreme positions in the hope that the final award will be more favorable to them.

Research from the Massachusetts Institute of Technology indicates that this is not how arbitrators usually decide cases.  Rather, they want to develop a reputation with both unions and management for fairness. This is necessary for future success because the arbitrator selection processes have been developed to ensure neutrality.

For example, the parties may receive a list of seven arbitrators.  They must strike three and each ranks the other four.  The neutral with the highest combined score is the appointed arbitrator. Or sometimes, a computer may choose the arbitrator randomly.

To be successful and jointly acceptable in the long term, labor arbitrators must determine the proper award in light of the facts and circumstances of the case.  They must be neither pro-union nor pro-management.  After all, experienced participants know how a case is likely to come out, especially if the facts and law are strongly in favor of one party.  If so, it will be obvious to the parties that the arbitrator is merely “splitting the difference.”  Of course, the closer the case is, the less obvious the appropriate result will be. Even if arbitrators are not splitting the difference, the perception that they are can affect the negotiation process.

What is Final Offer Arbitration?

To eliminate even the perception of splitting the difference, some collective bargaining agreements require that after an impasse is reached, the parties enter Pendulum Arbitration, more formally known as, Final Offer Arbitration (“FOA”) or Baseball Arbitration.  Final offer arbitration limits an arbitrator’s discretion, requiring him or her to select the final offer of one of the parties, instead of crafting one independently.  This drives the parties to make more moderate proposals, which they hope the arbitrator will adopt as the most reasonable alternative.

What is an impasse?

Final offer arbitration in collective bargaining occurs only after an impasse.  An impasse is not a defined term under the National Labor Relations Act.  The Act imposes a duty on parties to a collective-bargaining agreement to bargain in good faith concerning the terms and conditions of employment, especially wages, hours, and working conditions. Where, despite bargaining in the best of faith and attempting mediation, the parties remain hopelessly deadlocked, an impasse exists that triggers arbitration or (when strike rights exist), the employer’s right to impose its last offer.

Final offer arbitration increases the likelihood of settlement eighty-nine percent of cases reach a pre-arbitration settlement) versus conventional arbitration (seventy-five percent of cases reach a pre-arbitration settlement). The process is popularly called baseball arbitration.  It is used in Major League Baseball salary disputes when a player does not qualify for free agency.  A player who prevails in salary arbitration receives an average of 39% more money.   Despite this significant incentive, 80% of players who file for salary arbitration settle beforehand. When players’ offers are chosen as the award, the team uses them more often. They make between thirty-six and forty-five more plate appearances.  Whether this is the result of the sunk cost fallacy or some information learned by management in the arbitration isn’t clear.

There are various forms of final offer arbitration.  When more than one issue is presented, the mediator may have to choose a “package“ or may be able to decide issue by issue. The parties may be given an opportunity to amend a “final” offer before an award is made.  They may agree that a final offer must previously have been made in good faith bargaining. Sometimes, despite the failure to agree previously, the parties engage in one or more final rounds of bargaining before the award is made.  They may even engage in further mediation if their bargaining has brought them close enough to restore their belief that resolution is possible to short of arbitration.  Like other forms of alternative dispute resolution, final offer arbitration can be tailored to fit the parties’ needs.

A variant of final offer arbitration is “night baseball” arbitration.  In this procedure, the disputants seal their final offer in an envelope. They then present arguments, evidence, and expert testimony to support their positions, without ever revealing exactly what they are.

This is done partly so the arbitrator will decide the issues without being influenced by the positions taken by each party and partly to increase uncertainty.  The arbitrator then drafts a non-binding award and opens the sealed offer. The offer closest to the arbitrator’s draft becomes the binding award.

Not hearing the opponent’s final offer causes added uncertainty about acceptable resolutions.  It may lead to greater issue exploration and discussion in bargaining. This exploration process can result in fewer impasses. If one party is more risk-averse than the other, the impetus to settle may rise under the increased uncertainty of night baseball arbitration, leading to more frequent concessions and more generous offers. This in turn should lead to more frequent pre-arbitration settlements.

It is true that decreased information in night baseball arbitration may lead to more tactical errors when bargaining.  But the remedy for this is more information seeking, which promotes exploration of positions and settlement.

Gaps in information resulting from the rules of night baseball arbitration generally lead the parties to be overconfident, which pushes final offers higher, increases the spread between them, and reduces the likelihood of pre-arbitration settlements.

Training and experience decrease this overconfidence, however.  This may partly explain the results of an eighteen-year longitudinal study of public safety final offer arbitrations.  The study found that parties (generally unions) retaining expert help (agents or lawyers) were approximately 20% more likely to win the arbitration than those without representation (generally employers).  In addition, the spread between the offers tended to decrease with representation.  Over time, employers saw the wisdom of retaining representation, and the discrepancy disappeared.

Arbitrator Edna Sussman suggests that the parties should exchange several rounds of “final“ settlement offers before the real settlement offer. This would give the parties information and reduce overconfidence. But It is really just extending the bargaining after an impasse has already been declared

Let’s say you represent the policeman in your city, and they are trying to achieve a 4% wage hike. The city, naturally, only wants to give 2%. You might want to use one or more expert witnesses, the more impressive the better. You could provide a range of examples from comparable communities say from 3 % to 5%. But you would need to be ready to defend your choice of “comparable communities,” because the city would undoubtedly choose others to make the opposite argument

You could, if the facts were supportive, talk about the national average salary for police officers, the rising cost of living, or the drop in the crime rate. (Conversely, you may talk about how much more dangerous the job has become, at the risk the officers face every day) What you cannot do is tell the arbitrator that a 4% raise is more reasonable than a 2% rise under the circumstances. He was trying to get to the same place by a circuitous route. You must read the arbitrator to draw the conclusions you want to be drawn, but you may not draw them for him.  This is much less effective advocacy.

Given the extra work and expense of gathering data and hiring experts, the less effective advocacy and the lack of empirical support for its greater effectiveness. Right baseball should be reserved for situations in which maximum pressure to settle must be brought to bear and the stakes are worth the added risk

Final offer arbitration (“FOA”) is designed by people who don’t trust arbitrators to maximize the chance of settling a dispute. Generally, it is very successful. But night baseball is unproven and should be used cautiously.