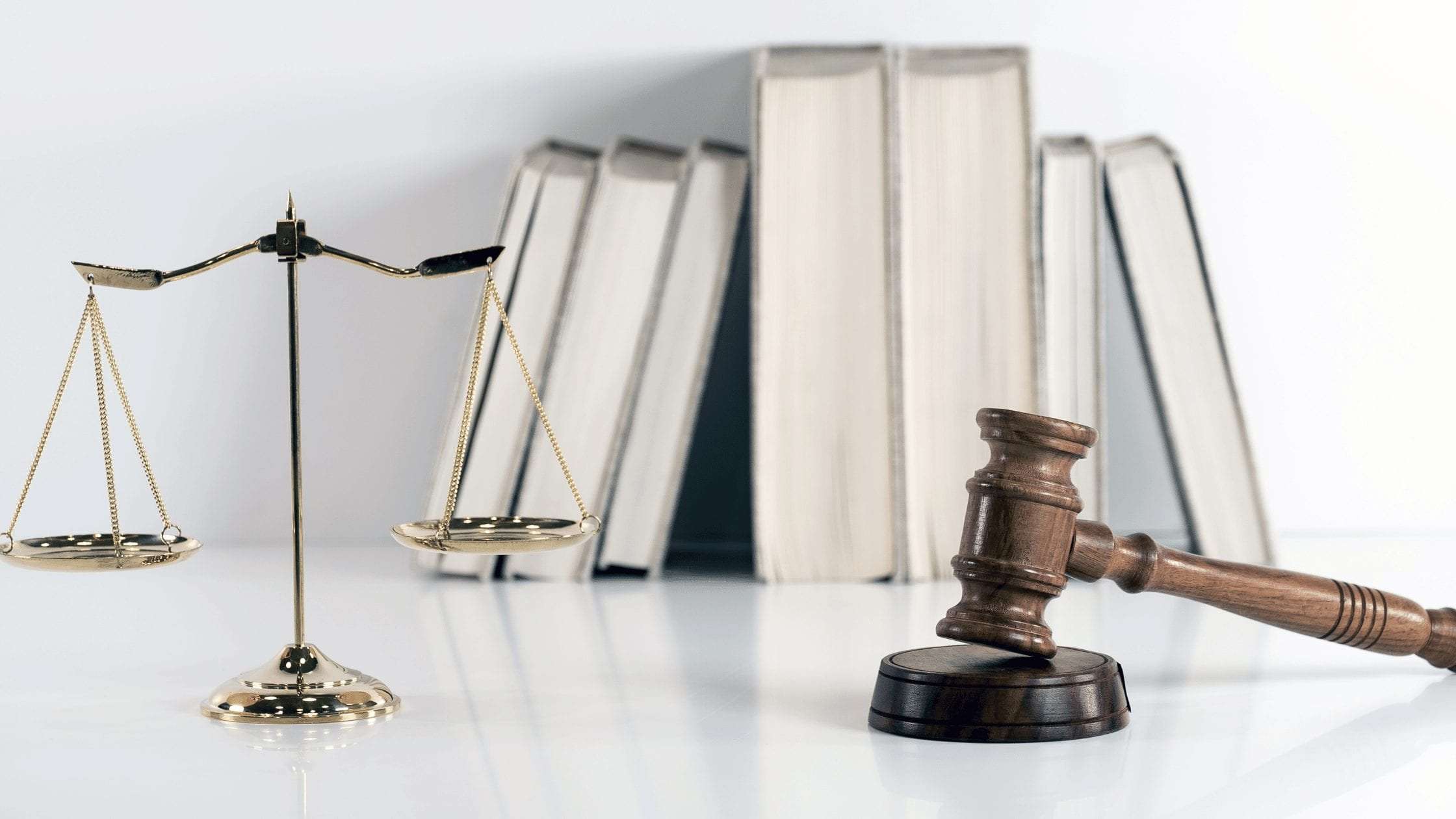 A cognitive conflict is a form of conflict that can be both beneficial and detrimental to a group dynamic or a person’s understanding.  The conflict can be beneficial in environments where a variety of differing viewpoints are valued and needed for a broader understanding of the topic at hand.  However, when conflict revolves around a subject that many people feel has a right and a wrong view, cognitive conflict can spill into affective conflict, where conflict moves into the relationships between the people in the room.  Knowing when conflict is beneficial and when it has the potential to lead to breaking apart a group is a wonderful skill to bring into a group setting.

The concept of cognitive conflict comes from the educational field.  It is the term used for the cognitive dissonance that results from being confronted by information that contradicts someone’s prior beliefs and ideas.  People come into a situation with many different beliefs and ideas that they see the world through.  Having someone present something that is in direct opposition to one’s beliefs requires that they evaluate both their original thoughts and also the ideas that are presented.  This situation forces a person to consider new ideas and challenge their beliefs.  They can choose to consider the new ideas and change their mind or can choose to keep their original beliefs.  They can also choose to ignore the new information and keep their beliefs.  This struggling with the new information and deciding what to do with it is all part of the conflict.

Cognitive conflict also focuses on the issues and tasks at hand.  It holds viewpoints as separate from people so that people may discuss the subject without taking personal offense at the discussion.  It requires openness to new ideas and a discussion of the possibilities.  Finding a common goal and a common plan to achieve that goal can increase productivity and ensure success.   It can also give learners a new appreciation for their ideas and force them to support their ideas moving forward.  The variety of opinions and ideas help the group move toward a creative idea for the tasks that need to be accomplished.

An Example of Cognitive Conflict

Consider an example of a situation where a cognitive conflict occurs.  Imagine Bob and Sue work for the same company as managers.  Their boss gives them the assignment to complete together—build a new marketing strategy for a new product.  Both Sue and Bob have created marketing plans that have done exceptionally well for products, and their boss wanted their collective excellence on this project.  Bob has worked at the company for 25 years and has a process for handling marketing plans that often produce a steady return.  Sue graduated from college with a marketing focus five years ago and is known for her innovative and tailored approach to marketing that excels in the field.

When Bob and Sue have their first meeting, they each have an idea of what they would like to do to produce this marketing campaign.  Bob explains his approach to Sue, and Sue explains her approach to Bob.  Bob focuses on the strengths of the product and the best services it will provide.  Sue focuses on the individual customers who she believes will benefit from the product and aims the campaign at them.  Both Bob and Sue believe that they have a solid proposal, but they are fairly at odds with how to proceed with the campaign.  Bob and Sue experience cognitive conflict.  Both of them are forced to consider the other’s option and potentially learn from it and use it, or they may choose to force their ideas on the other.  We will return to this issue as we continue to discuss the cognitive conflict.

When speaking about conflict in a group setting, it is important to distinguish between cognitive and affective conflict.  Both types of conflict are often present in group dynamics and can result in challenges to projects and a lack of efficiency.  However, understanding each type and learning how to keep conflict healthy can help a workplace or learning environment get back on track.

Cognitive conflict in group settings focuses on the tasks at hand.  The group will debate the issues or tasks and how to accomplish a goal until they can reach a creative solution.  This type of conflict can be loud and vigorous, but an important distinction is that it always values communication from all sides of the issue and sees openness as the best way to learn.  The different perspectives are considered and valued rather than being a threat, and the goal of this conflict is to find a solution for the problem together.

Affective conflict is often called relational conflict.  This often equates the viewpoints of others with their personality and can be incredibly damaging to relationships in groups.  Common characteristics include blaming others for the conflict, taking conflict personally, and considering people the problem rather than the issue.  Opposing viewpoints as threats that need to be taken out, and the goal becomes winning rather than creating a solution.  As this happens, the relationships within the group suffer.

Back to the Example:

To further illustrate the difference, let’s return to the example with Bob and Sue from above.  Imagine that when Bob and Sue realized that they had very different ideas of how to run the marketing campaign, they began to talk about why they thought each option was the best.  As this discussion began, Bob started comparing Sue’s proposal to a failed campaign he had run in the past and said that it was the work of an eager, fresh-faced marketing manager.  Sue, in reply, mentions that Bob’s time at the company has been long and that it might be best to let the people with a newer, fresher take run the campaign.  At no point in the discussion do either of the parties consider the other’s view or see if there is a middle ground.  Both of them are arguing that their idea is the best and the other is not a good option.  By the end of the discussion, Bob and Sue are certain they would never want to work together again.  This would be an effective conflict and would likely result in a poor project.

Consider instead that both Bob and Sue listen to the other’s proposal and consider the strengths.  Bob sees that Sue’s plan involves the target audience and can shape the campaign to increase revenue from this target.  Sue sees that Bob’s focus on the strengths of the product will help people outside of the target market feel like they would benefit from this product.  As they listen and debate, they realize that their ideas are not in as direct opposition as they had originally thought.  They can come to a solution that involves the best pieces of each of the proposals and helps get the product into the hands of the target audience and beyond.  This conflict created a solution that benefited both the parties and the company as a whole.  This is cognitive conflict.

While the benefits of cognitive conflict have been discussed, it is important to note the possible drawbacks that it may cause when it becomes a regular part of the workday.  Cognitive conflict can decrease productivity and can lead to a standstill on certain projects if not resolved effectively.  Different styles for work projects or other group settings may result in the group failing to work together. This is distinguishable from affective conflict though, which causes the relationships to break down as group members take the conflict personally.  While effective conflict results in no work and broken relationships, cognitive conflict may result in a team that debates about the proper way to do a task rather than doing the task, but the group will remain intact.  Understanding how cognitive conflict can be harnessed and used to encourage employees or group members to come to a creative solution will help avoid the pitfalls of conflict in the group.  Some things to consider are:

Cognitive conflict can be uncomfortable as a person seeks to evaluate their opinions, values, and ideas and decide if they are worth retaining or if they should look at new ideas.  However, this struggle can encourage problem-solving skills and cooperative skills within a group setting, all while coming to a creative decision-making solution to issues along the way.  Drawing from education, workplaces can embrace cognitive conflict and the discussions around different ideas for how to accomplish tasks to create innovative solutions to accomplish tasks.  Understanding the difference between cognitive and affective conflict allows people to avoid many of the issues they face when people take conflict personally and keep the relationships in the group intact as they move forward.  Embracing cognitive conflict allows everyone involved to feel seen and heard while also allowing the group to move forward.