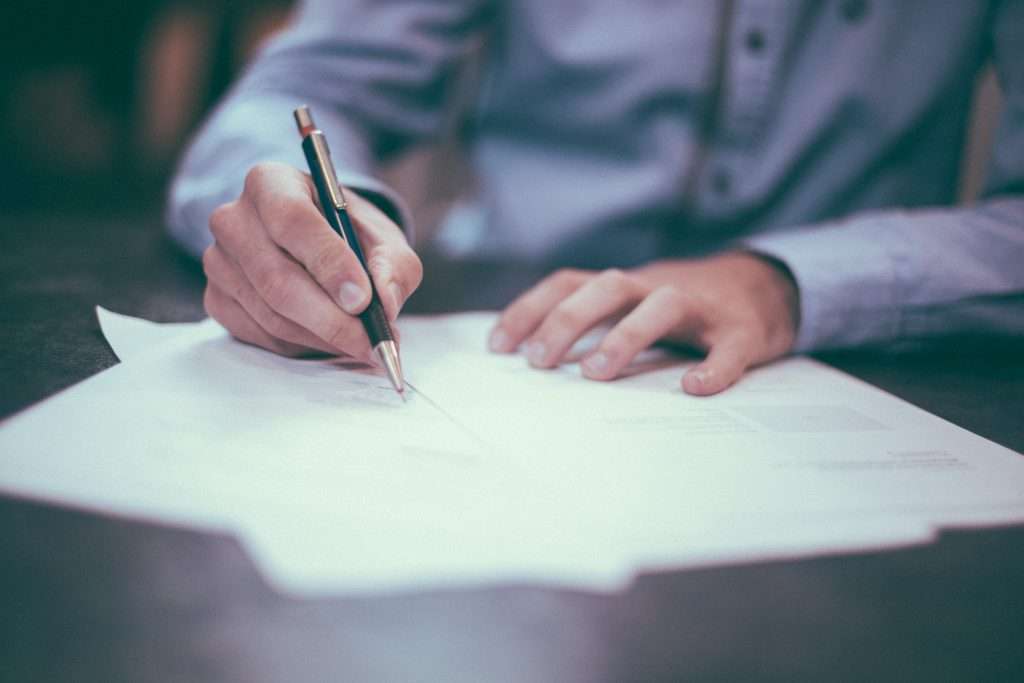 More than half of the respondents said their motivation for doing so was a contractual requirement. Therefore, one would expect to find that dispute resolution clauses are a common feature of business contracts and that such clauses would be discussed in the academic literature for the guidance of ADR users and contract drafters alike.

With rare exceptions, however, studies on ADR in contracts focus on arbitration, choice of law, and choice of forum clauses. The use of arbitration clauses varies widely not only by the type of contract but by the study consulted.

Despite these limitations, the available data focusing on ADR clauses rather than simply arbitration reveals a number of striking weaknesses in current contractual drafting practices. The remainder of this article will discuss these weaknesses and what an ideal ADR clause should contain.

The language of the ADR clauses studied is significant because the scope of that language limits the arbitrator’s jurisdiction to determine a given controversy. A given dispute is arbitrable only if the language of the agreement makes it so.  Approximately 60% of the agreement used some minor variation of the conventional language assigning disputes “arising out of or relating to the contract” to arbitration – and therefore to any other dispute resolution process contained in the ADR clause.  Although the language might be called classic, it is by no means ideal.

The courts have called such arbitration clauses “broad.”  But while they are broad enough to encompass other related contracts, they will not apply to causes of action that are either not based on a contractual theory or significantly related to the contract.  Torts and statutory claims, as well as controversies arising out of unrelated contracts or pre-dating the subject contract, would not be considered arbitrable. Of course, this could be the result of a deliberate choice. The parties may prefer that a court determine non-contractual claims. Counsel should use the broadest possible language, consistent with the intent of the parties.

The failure to take advantage of mediation in Dispute Resolution clauses

Seventy-five percent of the contractual dispute resolution clauses studied were escalation clauses. That is, there was more than one step in the process of resolving conflict.  But only about seven percent of Escalation clauses in the data set included mediation. The rest went directly from some form of Negotiation to arbitration. (This is consistent with the survey findings related to Fortune 1000 companies’ use of mediation. Only 10% of mediation was triggered by contractual provisions, With 40% being voluntary, 29% being court-mandated and 9% being triggered by company policy.

The failure to use mediation as a precondition to arbitration Is a serious error. Research shows that rights-based dispute resolution processes cost more than interest-based approaches. While imperfect information leads to the “negotiator’s dilemma“ (sharing interests may lead to agreement or even increase the available profits, but doing so exposes the open party to the risk that a rival won’t reciprocate, using the information to claim value instead, A trained mediator can both promote parties’ use of interest-based bargaining and keep sensitive information confidential.

Finally, research shows that 80% of cases submitted to mediation are resolved there, eliminating the need for more expensive and time-consuming arbitration.

Despite the fact that arbitration is intended to be an alternative to court, there are several issues that will require judicial intervention if the ADR  clause is not well drafted. These include the enforceability of the arbitration agreement, the arbitrability of the dispute, compliance with any contractual preconditions to arbitration, and waiver of the right to arbitrate.

But where the agreement unmistakably states that these are for the arbitrator to decide the intent of the parties’ controls. A clause that requires arbitral rather than judicial decision-making is called a  delegation clause. It is a critical feature of any ADR process that includes arbitration.

Startlingly, less than five percent of the contractual data set contains a delegation clause. It is suggested that most international contracts incorporate institutional provider rules by reference. Those rules generally contain language that has been treated as a delegation provision by American courts. However, the same might not be true in a domestic context, and both domestic and international provider rules are subject to change. Either the rules must be checked immediately before entering into the agreement or (more practically) a robust delegation clause should expressly be made part of the contract.

The failure to provide for appropriate carve-outs in arbitration

In the parlance of arbitration, a “carve-out “ is an express exception to arbitration for a proceeding or class of cases. Where a dispute or proceeding has been carved out, it is not arbitrable. and remains under the jurisdiction of the courts.

A carve-out may be made as to any class of disputes if the parties deem the advantages of arbitration are outweighed by economic or other concerns.  But carve-outs are risky, which may explain why 40% of contracts do not use them at all. They inject courts into the parties’ relationship, becoming sources of delay, expense, increased conflict, and reduced privacy.  Further, these provisions must be carefully drafted, or to resolve disputes over arbitrability may take months or even years.  Common carve-outs are:

Developments in final and binding arbitration practice have potentially Made some of these carve-outs unnecessary. Modern rules of major institutional arbitration providers contain exceptions for small claims matters, and streamlined rules for smaller cases. (Of course, the parties may still wish to specify the use of a judicial forum for cases where arbitration is not deemed cost-effective.)

Appellate review on the merits is generally not available in arbitration.  Normally, this is considered an advantage, promoting, speed, economy, and finality of the judgment. However, in high-sex litigation, the option of appeal may be seen as imperative. A few courts have allowed parties to contract for such review. However, the United States Supreme Court has ruled it is not available under the Federal Arbitration Act. Certain arbitration providers also allow review by appellate panels, This may be much more expensive and as time-consuming as a judicial appeal.

Emergency relief is problematic in arbitration. While courts are nearly always open during business hours, the appointment of an arbitrator or arbitral panel takes time, as does the coordination of hearing dates. Some institutional providers have established procedures for emergency hearings within a few days, but courts will still be quicker. Additionally, arbitral emergency relief will not bind non-signatories to the agreement. But only thirty-seven percent of contracts contain carve-outs for emergency relief, which carries risks of its own.

US governing law is clear that an arbitrator may award injunctive or broad equitable relief. But as with emergency orders, only signatories and those who take through them are bound. A court may bind others consistent with due process.  Further, court-ordered equitable relief is more predictable, being limited by a well-developed body of governing law that does not constrain arbitrators.  Despite this, only about 17% take advantage of the carve-out.

An effective dispute resolution process should take into account the needs of the parties and their likely disputes. Rather than defaulting to arbitration, the process should first attempt negotiations and mediation unless there is a clear reason not to. Structuring the provision this way will resolve most disputes short of costly arbitration.

If the dispute does reach arbitration, the contract language should include a broad delegation clause and not rely on incorporation by reference.  Any carve-outs from the delegation clause must depend on the circumstances of your parties at not rely on boilerplate. But at a minimum, the desirability of appellate review, and the need for and availability of appropriate emergency and injunctive relief should be considered.