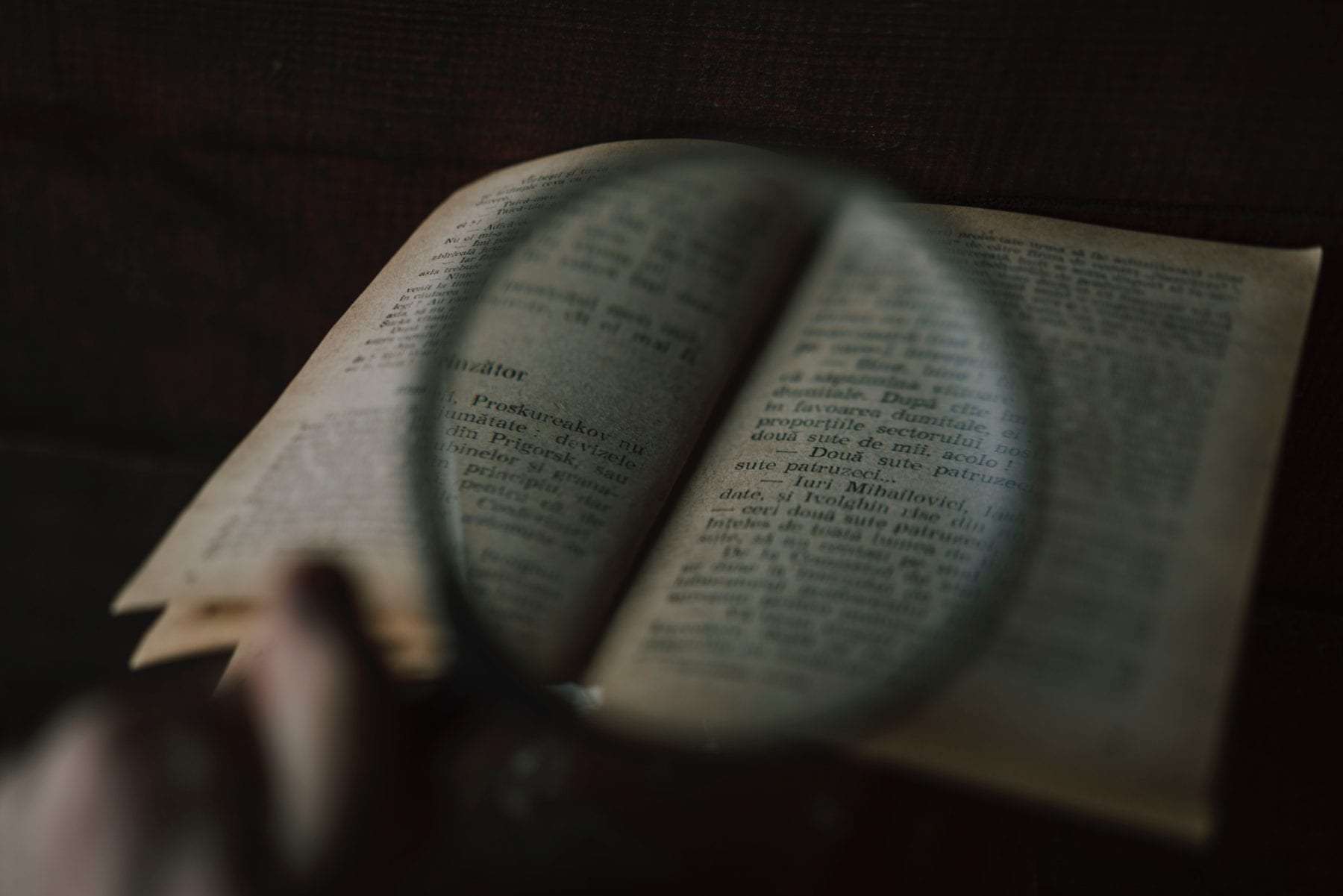 The year 1619 marked the first strike on American soil. It occurred in the Jamestown colony of what is now Virginia, and was then an English colony. Shipyard workers who were denied the vote because they were not of English descent refused to work.  Jamestown Company officials bowed to the pressure and work resumed.

Despite the outcome of this so-called Craftsmen’s Strike, English law criminalized unions, branding them unlawful conspiracies in restraint of trade. This was also American law until 1842 when the Massachusetts Supreme Court ruled in Commonwealth v. Hunt that “peaceful unions” had the right to negotiate labor contracts with employers.  In other words, some wrongful act in addition to an attempted joint labor action had to occur to constitute a crime.

The rights to collectively bargain and strike are now broadly guaranteed by the National Labor Relations Act (NLRA).  But although about 7.2 million of the 20.2 million public employees are unionized, in general, they have no right to strike.  Legislators fear the massive costs and widespread loss of essential services public sector strikes could cause, and statutorily forbid them.

Rather than leave public employees with no alternatives when collective-bargaining breaks down (which would probably lead to wildcat strikes), public employee labor statutes provide for mediation and binding arbitration by the Federal Mediation and Conciliation Service (FMCS), and similar state agencies.  Parties are allowed to determine the provisions of their contract, but one way or the otherCall mother public sector labor dispute will be resolved quickly, without the need for a strike.

Parties to a collective bargaining agreement who wish to terminate or modify their contracts are required by section 8 of the NLRA to give only thirty days’ notice to the FCMS in most cases.  (Sixty days’ notice is required under section 8(d) for the healthcare sector.)

Because of the need for a speedy resolution and to minimize the chance of a recurrence, public sector labor statutes often mandate the use of dispute resolution mechanisms that maximize the probability of a negotiated or mediated agreement, reserving binding interest arbitration. Examples of frequently used dispute resolution mechanisms in the public sector context are final offer arbitration (in its baseball and night baseball variants), med-arb, and arb-med.  Another ADR process that increases settlement pressure is neutral fact-finding. This can be followed by negotiation, mediation, or binding arbitration.  In Ontario, Canada, a very high percentage of fact-finding sessions result in resolution because a failed fact-finding results in a costly strike.

Every adjudicatory process involves fact-finding.  Only once the facts are found can the relevant legal or equitable principles be applied to reach a verdict or award.

In mediation, stark differences in the parties’ view of the critical facts will usually preclude settlement. They will change expectations about the likelihood of success at trial or arbitration and the value of any claims, and make a meeting of the minds less likely. Agreed on facts make predicting outcomes, and therefore reaching a consensus, much easier.

As a distinct alternative dispute resolution process, fact-finding is similar to arbitration.  Both involve a relatively formal affair, including the gathering of evidence, its presentation by advocates, argument as to its relevance, persuasive force, credibility and public policy implications, and fact-finding. In some instances, if the parties failed to produce evidence, the fact-finder might find his or her own comparable municipalities. What facts are relevant is generally determined by the statute authorizing fact- finding. The process in non-binding findings of fact and recommendations for resolution.  It has been compared to the non-binding arbitration process used by some courts.

Such programs do settle several cases.  Nevada boasts an eighty percent settlement rate in its mandatory non-binding arbitration program.  Critics ascribe this to disincentives to file for a trial de novo such as possible liability for costs, arbitrator’s fees and attorneys’ fees.   While this criticism may have some merit, it is worth observing that some cases would undoubtedly settle even without the challenged provisions.  And to this author’s knowledge, fact-finding has not been subjected to these criticisms.

The fact-finding adds extra pressure to settle because, like evaluative meditation, early neutral evaluation, and non-binding arbitration, it gives the parties an unbiased preview of how arbitration is likely to go.  Fact-finding is even more likely to be predictive because the same things that make a good arbitrator make a good fact-finder: careful neutrality, expertise in collective bargaining, knowledge of evidentiary principles, and the respect of all concerned.  D

One study focused on an Ohio statutory scheme requiring fact-finding followed by final offer arbitration, with three choices: the union proposal, the management proposal, and the fact-finder’s recommendation. The recommendation was selected as the best proposal by the arbitrator so often it almost became a foregone conclusion. Why? Perhaps because the fact-finder and the arbitrator think alike, or perhaps because as a neutral with no advocacy responsibility, the fact-finder was focused on the best overall outcome rather than the best outcome for the client that would still find favor with the arbitrator. The research does not answer this question.

Fact-finding in juvenile abuse and neglect cases: The role of the CASA

An interesting analog to neutral fact-finding followed by arbitration is found n American juvenile court proceedings alleging child abuse and neglect. Before the Industrial Revolution, There was no protection for children suffering abuse or neglect. America followed old Roman law.  Wives and children were property and could be abused at will. At the end of the Nineteenth Century, this began to change, but the Due Process clause of the Constitution still did not apply to children.   They had no rights but custody. Juvenile court judges had virtually unlimited power because they were doing what was best for the child.

The Supreme Court did not apply the due process to minors in delinquency hearings until 1967, and children in abuse and neglect case had no voice in court until Seattle judge David Soukup decided that he needed to know more about the children coming before him in dependency hearings. He began appointing community volunteers to help him. The volunteers became known as Court Appointed Special Advocates or CASA.

The CASA is appointed at the beginning of the case and is expected to serve until it is completed. He or she is a community volunteer who has received special training concerning child development issues and juvenile court processes.  He or she will meet with the child or children, parents, teachers, counseling4 and medical providers, child welfare caseworkers, and others. The CAASA will also file periodic reports with the courts, advocate for, and make recommendations concerning the best interests of the child. While a caseworker has a federal statutory mandate to pursue family reunification, a CASA is focused only on the child l’s best interests. So in that sense, the CASA is neutral.

The program began in 1977 and has since spread to over 1000 offices in 49 states. Its volunteers work on one or two cases at a time and so can devote considerable attention to each.  Despite the intense time commitment, CASAs help more than 250,000 families a year.

It may seem odd to compare a clearly labeled advocate to a neutral finder of fact. But the CASA is an officer of the court, charged with being thoroughly familiar with the court file, the minor’s situation, and the available evidence from other witnesses or potential witnesses, being present at all stages of the case, and making recommendations to the court. The CASA is the eyes and ears of the court, and has three responsibilities:

The evidence gathering and recommendation functions of the CASA are similar to those of the neutral fact-finder. The CASA’s work assists the court and parties in maintaining a complete, accurate, and up-to-date picture of the minor’s situation. Their work is respected, with both lawyers and judges reporting favorably on their efforts. Although the degree to which CASA recommendations are followed does not seem to have been quantified, those recommendations are entitled to substantial weight.

Under the Child Abuse Prevention and Treatment Act, every minor is entitled to the appointment of a guardian ad litem, who may be a public or private attorney or a CASA. Where an attorney guardian is appointed, the CASA is usually appointed as a co-guardian or assistant guardian. At times the court may appoint him or her as the sole guardian of the minor’s best interest.

Research shows that while attorney guardians naturally make better advocates, CASAs are better at the investigation and monitoring phases of the role. CASAs also excel in child protection mediation where they provide current information about the child, the family, relatives, and friends that help s reach a collaborative agreement concerning sensitive issues of disposition, treatment, placement, and termination of parental rights.

Mediation is at least partly successful seventy to ninety percent of the time. The fact that if they do not settle the CASA will pass the same facts and recommendations onto the appointing judge. No doubt, they prefer to have some control over what happens in their family.