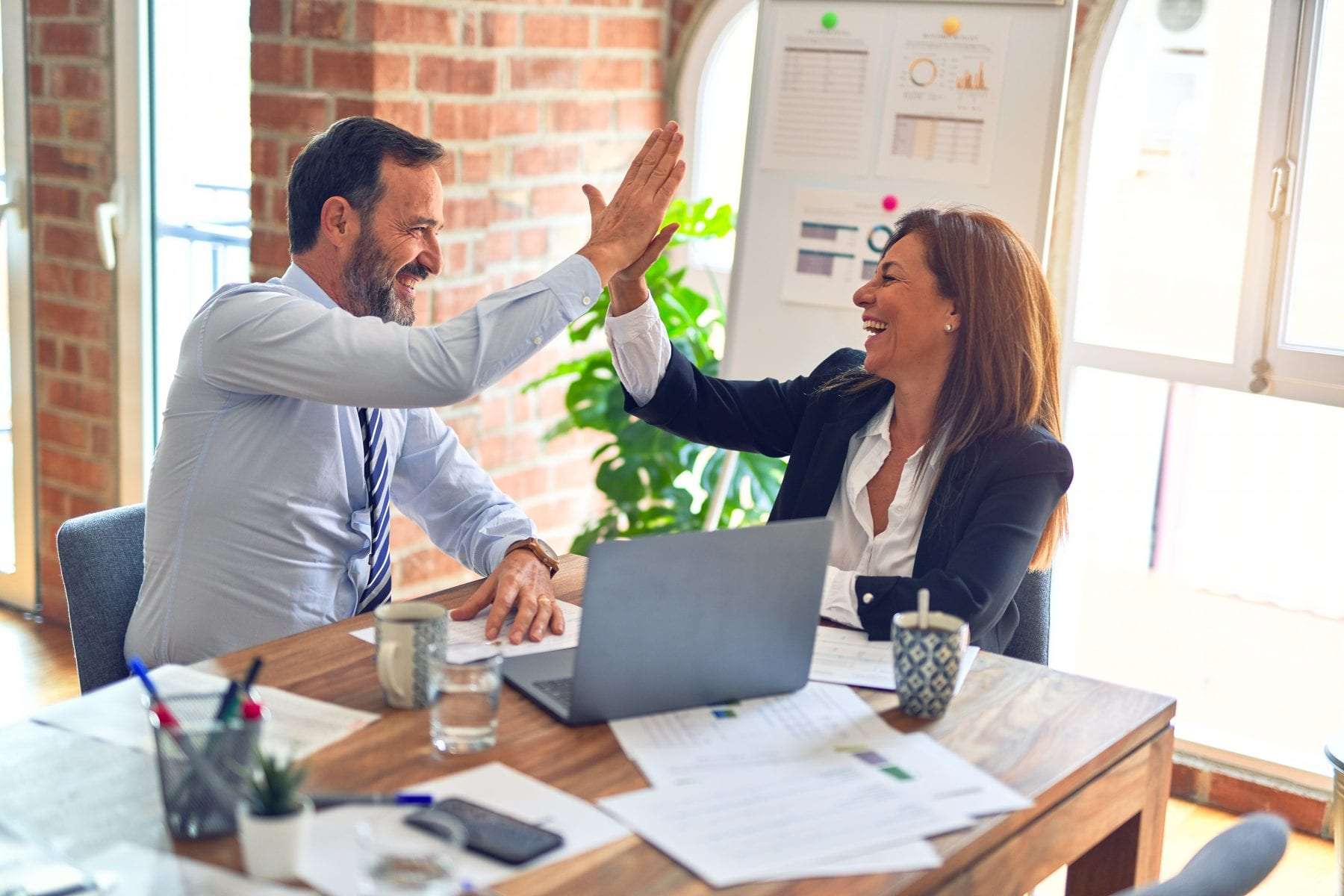 If someone were to ask me “How does arbitration work?” I could only give the most basic definition in response without the answers to a number of questions. Arbitration is an adjudicatory alternative dispute resolution (ADR) process, in which the parties consent to have a neutral third party or parties decide the outcome of a dispute using specified contractual terms and procedures contained in a written agreement.

The courts usually will not interfere in arbitration unless the arbitrator’s action is manifestly unfair, against public policy, or violates the terms of the agreement granting the arbitrator(s) their powers. While arbitration is almost always consensual, it is mandatory in the United States securities industry and a non-binding step of U.S litigation processes in certain state and federal court cases.

Asking how the arbitration will work in a given instance raises several questions:

There are a number of arbitration types, each different in predictable ways. For example:

Which law controls the arbitration is very important. In the United States, the Federal Arbitration Act (FAA) covers disputes affecting interstate commerce.  According to one professor, the US Supreme Court “has a crush on” arbitration, and is extremely deferential to its enforcement. Most states are equally deferential, but details and the expertise of a state’s courts vary. So certain jurisdictions are preferred for particular case types (New York, for instance, is often the chosen law for financial disputes).

Up to 90% of international commercial contracts contain arbitration clauses, which are broadly enforceable under a treaty known as the Convention on the Recognition and Enforcement of Foreign Arbitral Awards, or simply the New York Convention.

Internationally, certain case types (such as patent disputes) are per se not arbitrable in some countries. Patent arbitration is allowed in the U.S. but is only binding on arbitration agreement signatories. That is, a patent may not be wholly invalidated in arbitration. Royalty rights may be determined.

3. What does the arbitration agreement say?

While the law governing the contract provides default rules if the parties have not specified procedures for arbitration, the agreement is the foundational document granting an arbitrator power.  The agreement determines what conflicts may be arbitrated. All disputes between the parties? Only those arising out of or relating to a contract? Those with more than a certain amount in dispute? Those concerning a certain subject or department?  Are certain subjects to be “carved out?”

Is the court to be involved in certain questions? It usually is, unless these are expressly assigned to the arbitrator by a delegation clause? What relief may the arbitrator award? What will be done about emergency relief, which the arbitrator lacks the ability to grant?

These are choices to be made depending on the needs and goals of the signatories. Because the arbitration clause is the arbitrator’s charter, it must be carefully drafted.

4. What type of arbitration?

When we think of arbitration, we usually think of a close substitute for litigation — in which the arbitrator allows (hopefully) streamlined discovery and hears limited motion practice before holding the arbitral equivalent of a litigated bench trial. We can call this highly adversarial form “judicialized” arbitration. It is usually presided over by a retired judge or experienced lawyer. Most cases take place over several days or weeks of confidential sessions in a conference room.

This form of arbitration has grown in the last six or seven decades, as corporate litigants sought relief from the cost, delay, publicity, and disruption caused by bloated, take-no-prisoners lawsuits and unpredictable juries.  Arbitration, some say, is the new litigation. Some users even characterize it as worse than litigating.

But quasi-litigation is not the only form of arbitration. The practice was popular in the trade guilds and commercial fairs of medieval England. The royal courts left trade conflicts to the guilds. Where there was a dispute over the quality of goods, their conformity with an order, or the custom and practice in the trade, a senior guild member would be asked to decide the outcome. Trade practice became the rule of decision. There was no discovery and no motion practice. The guild’s decision-maker was trusted to know the right answer. Commercial mediation was quick and efficient.

Today, parties can select arbitrators with backgrounds that fit the dispute. Though common, a legal background is neither required nor universal. It’s not likely that discovery and motion practice will be entirely dispensed with, but the experience of the arbitrator can eliminate the need to do as much education and enable more focused efforts.

The parties may use processes designed to emphasize speed and reduce the chance of outsized awards while increasing the chance of settlement. “Final offer” or “baseball” arbitration (FOA) features several rounds of negotiation followed by a final offer from each side.  The arbitrator is constrained to choose one of these alternatives. Often, the parties will put forward relatively moderate proposals in an effort to be chosen as most reasonable.

In the so-called “night baseball” variant of arbitration, each party’s final offer is kept confidential and sealed until after the neutral drafts an award. The arbitrator then compares the award to the proposals and chooses a winner.

Not knowing the opponent’s final offer adds uncertainty about acceptable resolutions and leads to greater issue exploration in bargaining.  If one party is more risk-averse than the other, the impetus to settle rises under the uncertainty of night baseball arbitration, leading to more concessions, more generous offers, and more frequent pre-arbitration settlements.

Less information in night baseball arbitration may lead to more tactical errors when bargaining.  But the remedy for this is more information seeking, which promotes exploration of positions and more settlement. Final offer arbitration is used in Major League Baseball and public employee labor disputes.

Some forms of dispute resolution combine arbitration and mediation. For example,  in med-arb, the same neutral first attempts to mediate a dispute then serves as arbitrator if agreement cannot be reached.

Med-arb combines the self-determination of mediation with the finality of arbitration.  Critics argue med-arb is unfair because the neutral, who may later arbitrate, hear evidence during private caucus in mediation to which the non-caucusing party cannot respond.  But concerns about exposure to improper evidence reflect doubts about the neutral’s ability to disregard that evidence, rather than a flaw in the med-arb process itself.  But judges are expected (and often presumed) to disregard inadmissible evidence presented to them for consideration. Further, to the extent the problem is an unavoidable feature of the process, participants have consented to it.

In arb-med, arbitration takes place before mediation, eliminating concerns about improper evidence. As in night baseball FOA, settlement efforts take place under the added pressure of an undisclosed arbitration award.

The short time frames explain the frequent use of FOA and hybrid forms of arbitration, which increase pressure to settle and maintain tight time frames.  There is no need for time-consuming and expensive discovery, especially if both parties have adequately prepared, anticipating possible positions and preparing responses.

The arbitrator is usually a retired judge or experienced labor lawyer.  Unions or management may utilize bargaining representatives or labor relations specialists, but research shows that lawyers obtain better results in arbitration.  The focus is on the interpretation of the CBA, especially in a particular facility given existing workplace conditions.

If parties have not chosen a set of rules, they will be channeled into one based on the type of dispute and the amount claimed, as well as any limitations in the arbitration agreement.  Review the rules in detail.  Do not assume they will be appropriate or that you will easily be able to alter them.

Pay particular attention to discovery rules. A good example is depositions. Some arbitration rules default to one deposition per party, with additional depositions at the arbitrator’s discretion.  Others only permit depositions in exceptional cases. If the existing rule fits your needs, good. If not, know what showing is required for modifications and make it. Alternately, negotiate the rule change with opposing counsel. The arbitration may have morphed into the mirror image of litigation, but the rules do not reflect this. Any changes are negotiated piecemeal and approved by the arbitrator.

6. Who is your arbitrator?

If you know specific answers to the five questions above, you should be able to predict how a given arbitration will work.  But arbitrators are also individuals, with their own likes, dislikes, backgrounds, and quirks. Your arbitrator may have been selected because of these, or in spite of them.  The more you (or your attorney) know about the arbitrator, the better.  Studies show that repeat appearances before the same arbitrator generally improves results

As advocates learn what arguments gain the most traction with a neutral —legal doctrine, emotional appeals, public policy arguments, appeals to practically or the arbitrator’s own experience—results improve. This does not mean the arbitrator is playing favorites. His or her livelihood depends upon a reputation for fairness. It does mean that like everyone else, he or she has preferences and habits of thought and action.  Knowing what they are can be a big help in achieving effective advocacy.

Arbitration is too broad a field to cover in this brief article. Like all ADR, it works best with our thoughtful and cooperative participation.

Arbitration is an important and rapidly developing field of law, business, and daily life. Preprinted arbitration clauses are ubiquitous. Look at the fine print the next time you buy a phone or a computer, or any number of other things. Chances are good that the means of resolving disputes in arbitration. Less than two percent of federal actions end in jury trials. Mediation and arbitration are now a necessary part of the lawyer’s toolkit. In the age of the pandemic, they are being done successfully online. Below are a few well-regarded works to help deepen and diversify your understanding of arbitration.

For further reading about arbitration, please see our compiled list of Best Arbitration Books and also the following books:

The Principles and Practice of International Commercial Arbitration: Third Edition