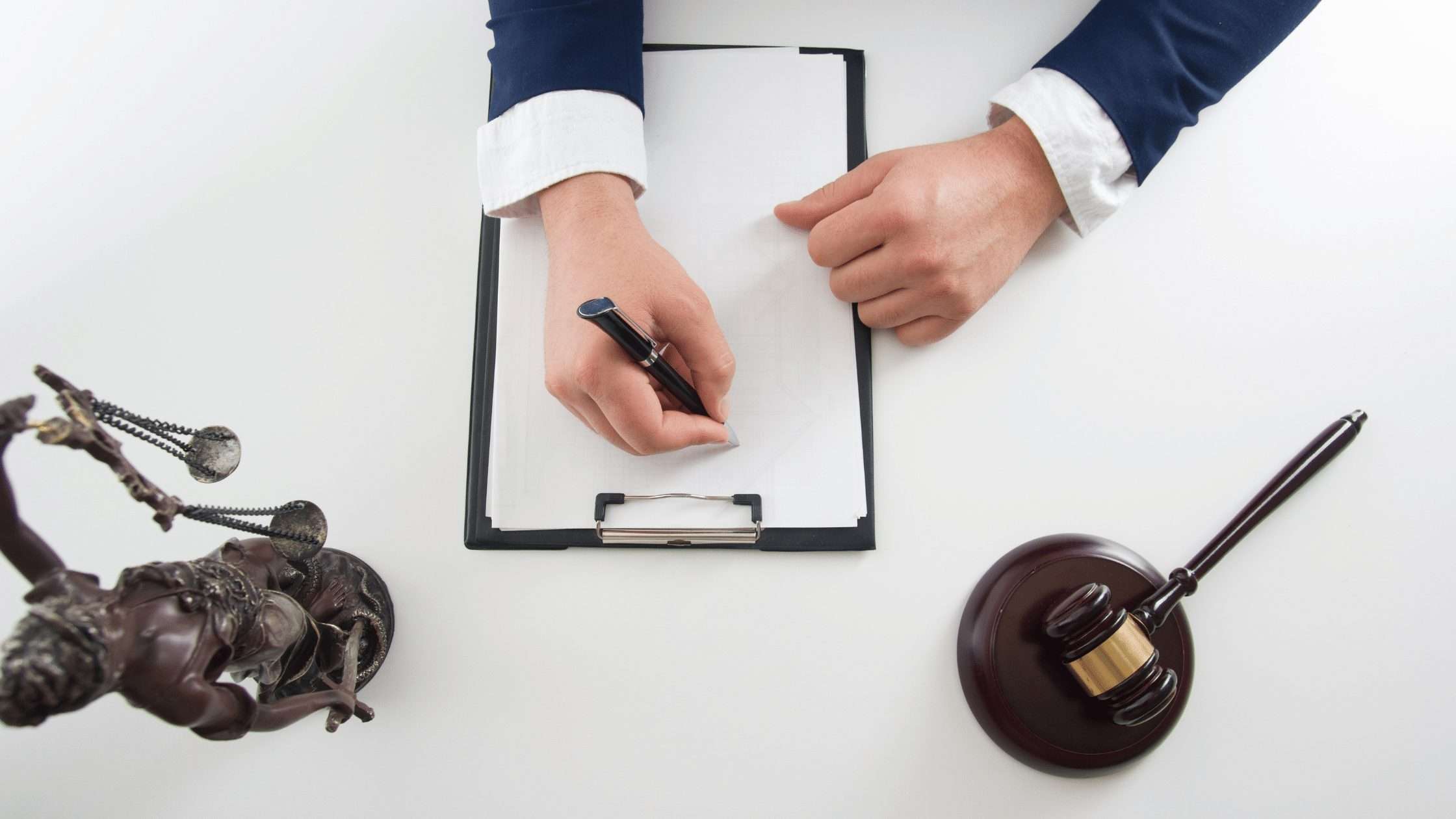 Sixty or seventy years ago, “I’ll see you in court” meant that it was likely we were taking our dispute before a judge or jury for trial.  But as Professor Marc Galanter has repeatedly pointed out, the American trial has been vanishing for decades.

The causes of the trial’s disappearance are multiple, but cost and delay are surely among them. It takes more than two years for the average case to be disposed of, longer still if it goes all the way to trial. Even a straightforward breach of contract case costs an average of $125,000 to try; it’s beyond the reach of all but the wealthy. Complex cases can generate legal and cost bills in the millions.

In the 1990s, legal fees increased tenfold. In response, large corporations, small businesses, and individuals looked for alternatives to litigation. They found ADR. Although ADR encompasses many processes, surveys show that mediation is by far the most common.  It is very effective, with paid mediation resolving disputes Between 80% and 85% of the time. A startling ninety-eight percent of Fortune 1000 companies used mediation in the last three years. The Alternative Dispute Resolution Act of 1998 requires that the federal courts offer ADR to litigants. State courts copied the requirement.  Such mandatory mediation programs are (and legally, must be) offered free of charge.   Federal agencies must have ADR policies and use ADR to resolve contract disputes.  Federal administrative agencies County governments fund Neighborhood Justice Centers meditating neighbor, family, and small business disputes at no charge. Law schools, Bar Associations, and other community groups also offer free mediation services.  And yet, despite the availability of free mediation in many contexts, there is a thriving market for paid mediation. Why?

Many, if not all, of the mediators in court programs, are volunteers assigned based on availability.  While efforts may sometimes be made to match general expertise to the issues in the case in an appellate mediation setting, at the trial court level the mediator one gets is based mostly on the luck of the draw. The same is usually true of staff mediators at agencies and neighborhood justice centers.  In contrast, parties who pay for mediation have the opportunity to select a mediator whose legal, judicial, technical, therapeutic or business experience matches the needs of the case.  This cannot generally be done in free mediation. It is nearly always done in paid mediation.

And while some will argue that any neutral can mediate any subject matter by understanding the mediation process, this author believes that expertise in a given area can allow a mediator to act as a sounding board or resource if desired, can also make the session go more swiftly and smoothly, and possibly give a better chance at settlement.

The key to mediation is to keep talking, keep digging and keep exploring. Keep those settlement proposals— and those questions about what it would take to make them work— coming.  If the parties stop trying too soon, the process will fail.  Mandatory (or otherwise unpaid) mediation often ends simply because a certain time has been reached or because others are waiting for the mediator to resolve their cases.

Mediators paid by the parties, in contrast, frequently tell stories of lengthy mediations stretching long after normal business hours to finalize a settlement agreement.  It may be that some unpaid mediations are also extended, but the average length is shorter than paid mediations. While there appears to be no quantitative research on the topic, this author is a veteran (as a mediator, counsel, and even occasional party) in hundreds of mediations, and those which are unpaid simply do not last as long as those that are paid. This has a direct effect on the likelihood of success.

Social science research about whether paid mediators work harder than unpaid colleagues is a confusing mess. The research is not specific to mediation.   There is some evidence that higher-paid employees work harder.  Other research argues that pay is not even in the top five factors driving productivity in North America. (The top two are opportunities for advancement and brand reputation). Other studies say that volunteers actually work hardest, at least if they are passionate about a subject. Still, others say government workers (who staff many providers of unpaid mediation services) work harder than their private-sector counterparts. Who is correct?  It’s impossible to say without further, more specific, research.  But paid private mediation can make impressive incomes (more below on mediators’ rates), and certainly have more economic incentive to work hard and perform well than mediators who are not dependent on satisfied clients.

Effort justification — getting your money’s worth

How much does mediation cost?  There is no doubt that a successful mediation is cheaper than litigation. For the most part, in a straightforward case, mediation will only take a day or two, while litigation could drag on for years.  Mediation costs vary by the type of dispute and number of participants, as well as geographical location, experience, and training of the mediators.  In general, complex multiparty or multi-issue mediation will take longer and cost more, but not nearly as much as litigation.

Nationwide, mediation costs vary between $300 and $825 per hour.  Some mediation providers split the fee between the parties. Others change “per party.”  Top mediators can charge more than ten thousand dollars per day, but this is limited to a small percentage of neutrals in major urban areas.

Complex multi-party, multi-issue mediation, construction defect, environmental or mass tort cases, may take weeks rather than days to resolve, but the litigation of such cases would be commensurately more lengthy and costly, involving huge expenditures of money, time, and effort, more than compensating for the extra time, effort and cost put toward settlement.

Another element of mediation cost is the fee charged for attorney representation. Technically, no one needs an attorney in mediation.  Realistically, every party should have one.  Not only will your attorney help you plan the probable positions and concessions you should expect, and your responses, he or she can help identify your interests and evaluate whether a settlement proposal meets them. Counsel can help you stick to the plan despite difficult emotions. Most importantly, he or she can help you evaluate legal issues that come up and guard against missteps.

How much your lawyer charges per hour depends on his or her, experience, expertise, the size, and reputation of his or her firm, and the local market conditions. The largest firms in New York City and Washington D.C. have both partners and associates who bill at well over $1000 per hour.  But that is not representative.

The fifty largest law firms report partner billing rates of $575 an hour and $400 for associates. City lawyers at smaller firms bill at $300-$350 per hour, while rural lawyers bill from $100 to $200 an hour. What lawyer you need will depend on the details of your case.  But not having one during mediation is a risky move.

Psychological issues: The undervaluing of free goods, price and pleasure, effort justification, and the equation of price and quality.

While we can’t say for certain whether mediators who are paid more work harder, we can look at some social psychology experiments concerning how people value goods and services.  None of these experiments specifically concern mediation, but together they indicate that those who pay for mediation are more likely to put effort into the process than those who receive it for free.

We tend to undervalue goods and services we receive for free, and either doesn’t use them at all or rarely use them. An example is given by author and internet entrepreneur Ramit Sethi, who found over several years that friends and family would ask for free access to his online personal finance course, which normally sells for $2,000.  Of course, he agreed. He was able to track whether any of these people logged in. For years, no one who received the course for free so much as logged into it.  Yet those who paid logged infrequently.  Those who received the course free did not value it, despite the fact that they had specifically requested it.

This is not to say that we never value things we get for free.  We may cherish gifts and use them extensively if we assign value to them beyond their cost to us.

Behavioral economics teaches us that perceptions of value are fluid and not based on actual benefits or usefulness.  In an experiment, the same wine was placed in different bottles, and one was given a price four times higher than the other. The test subject showed more activity in the pleasure center of the brain and praised it more than the cheaper bottle, though both contained the same wine.

The phenomenon of effort justification is also relevant here.  In experiments with fraternity and sorority members, the more humiliating and difficult their initiations, the more loyal to,  and active in, the organization they become.  High cost begets high value. Psychologists call this “effort justification.” Put colloquially, we strive to get our money’s worth.

What does all of this tell us about mediation? Participants in free mediation will be less involved and enthusiastic, less invested in the process, and believe it has less value than those who pay. Without effort justification to drive them, they are less likely to put the necessary effort into the process, while they are hobbled by shorter sessions and the inability to select mediators based on specific expertise. Whatever the cause, free mediation is ten percent less likely to result in settlement than its paid counterpart (75 percent vs. 85 percent). With the extremely high cost of litigation as the result of failure, even a relatively expensive mediation is well worth the price.  Choosing a mediator is no time for bargain-hunting.