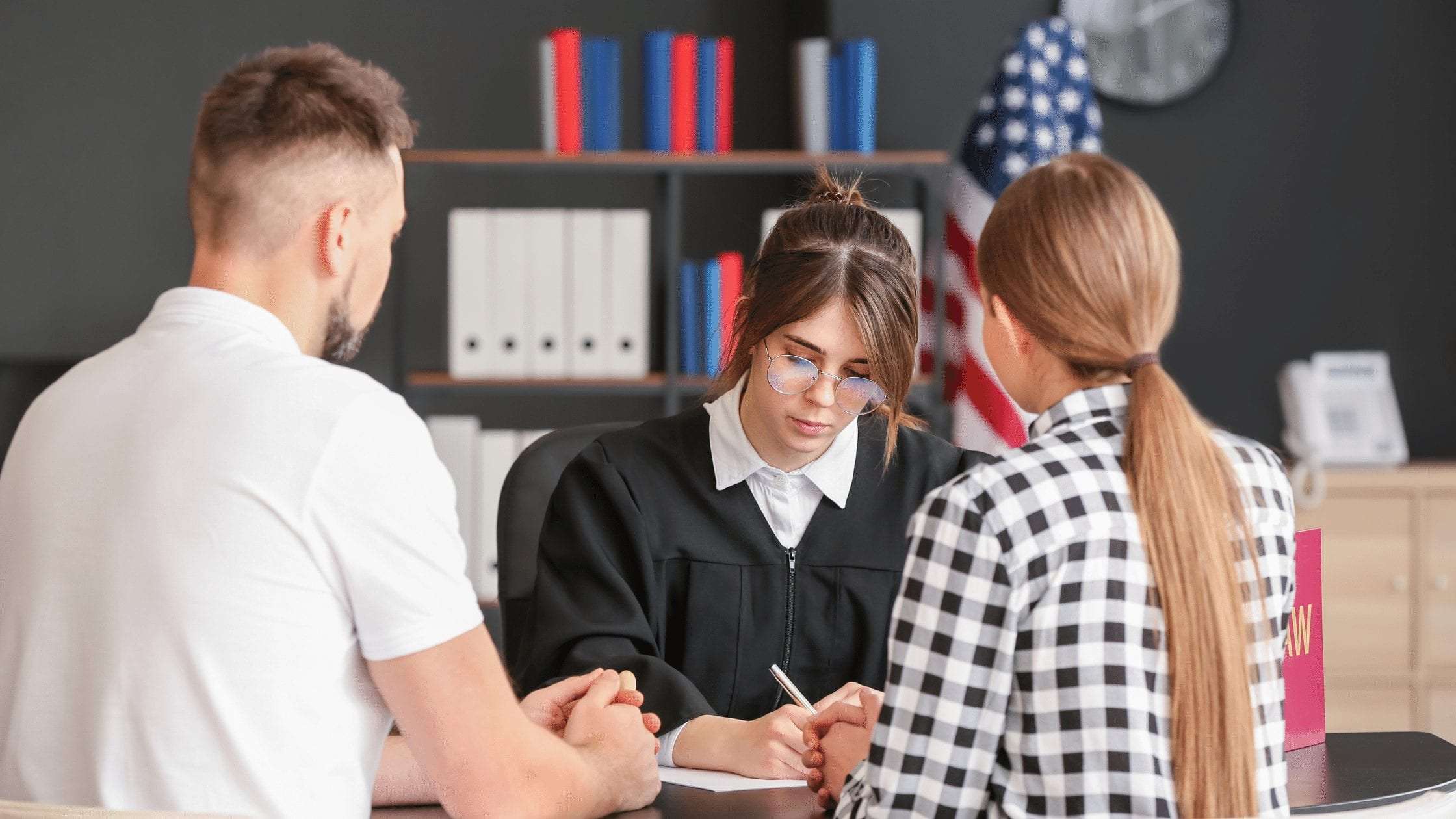 Sometimes parties to a negotiation are unable to effectively pursue one-on-one bargaining with their counterparts. Negotiations include or are conducted by non-parties.  These are referred to as third-party negotiations.

Types of third parties in negotiations

There are five types of third-party negotiators, with different roles and different processes.

* Intravenor – A third party with the power to determine the outcome of a dispute but no duty to do so.

* Arbitrator or judge – A neutral decision-maker retained by the parties or the state. Once assigned, he or she must determine the outcome of the conflict.

* Expert, consultant, or agent – Lawyers, real estate agents, union representatives, and others who participate in negotiations on behalf of parties.

* Mediator – A neutral who assists parties in reaching the settlement, but does not force a resolution. Generally, mediators have subject matter and/or process expertise.

* Peer – A third party who makes suggestions for resolution without the power to control the outcome or the special expertise of a professional mediator.

Interestingly, some research shows that the presence of any third party in negotiation increases the likelihood of agreement, even if the third party says and does nothing. Other research limits the effect to active third parties.

Why would the mere presence of a third-party affect negotiation outcomes?

There are two possible answers.

The first is social pressure. Observation by a third party may result in social pressure to appear reasonable and cooperative, especially if the negotiation takes place during an alternative dispute resolution process. We may want to signal that we are more flexible and easier to work with, or to a judge, arbitrator, mediator, or peer that ours is the most reasonable position

The other possible motivation is fear. This is especially true if the third party has the present or future ability to punish either the parties or their representatives and expects successful negotiations, fear of reprisals can push negotiators closer together.

Most participants in the process do more than simply show up.  Unless otherwise noted, from this point henceforth, the discussion will focus on active third parties.

The effects of decision-makers

Three of the third-party types discussed above could decide the outcome of the dispute without concern for the desires of the parties: intravenous, judges, and arbitrators. Their active presence changes negotiation behavior.

Although negotiators in the presence of an intervenor were expected to be less aggressive in claiming value, experiments did not bear Parties who received favorable feedback made smaller concessions than those who heard unfavorable feedback.

Intravention is also discussed in international disputes where a powerful nation brokers peace îSome efforts (notably the Camp David accords and the US efforts to resolve the Falklands conflict) have been labeled intravention, they were mediation rather than intravention.

Rather than completely resolving disputes, it appears that diplomatic intravention more often affects the actions of one party or a given stage in a conflict. Thus, the United States refused to accept Israel’s proposed destruction of Egypt’s encircled Third Army Corps at the close of the 1973 Yom Kippur War to help Egypt save face and smooth the eventual peace process. During the same conflict, the US and USSR jointly imposed a second cease-fire on the belligerents (whom they were arming) after the first one unraveled. They did so to prevent escalation of tensions between themselves.

Despite apparent intravention behavior as to some issues, the final resolution of the Yom Kippur War was negotiated rather than imposed. Nor can this author locate examples of intravention of actual power to impose a solution to an international crisis, though suggested in theory, is apparently mythical or nearly so.

Studying judges’ influence on negotiation means studying mandatory settlement conferences (MSCs) These take place shortly before trial, require the parties to state their best case in light of the law and evidence, that a good faith settlement offer be made,  the presence of parties or someone with full settlement authority and the attendance of trial counsel. Usually, the settlement judge is not the trial judge, but he or she may be. It is important to realize that while the judge may be neutral about who wins or loses, he or she wants the case to settle and be off the docket. Therefore, pressure will be applied to bring the case to a conclusion.

Most lawyers surveyed want judges who evaluate the strengths and weaknesses of their cases, rather than simply facilitating their negotiation efforts.  This preference is more prevalent among plaintiffs’ counsel than the defense bar.

Why? First, plaintiffs’ lawyers who face resistance from angry clients see judicial evaluation as a way to blunt clients’ criticism that they are not aggressive enough. Angry clients are overeager to act, aggressive, and risk-tolerant. Second, almost all personal injury and 62% of contract cases are contingent fee cases. Settlement speeds lawyer compensation. Third, both clients and lawyers often need a reality check on their evaluation of the worth of a case. To the extent that those valuations have been off the mark, judicial intervention can move settlement efforts forward. One study found resolution was achieved in 44% of “judicial mediation,” one name for an MSC. Fourth, judges’ critiques can alert lawyers preparing for trial to trouble spots to look out for. But an earlier evaluation would be more practical. By the MSC date, there isn’t much opportunity to plug holes.) Fifth, judicial involvement gives clients a needed sense that they have been heard fairly even without a trial, though an overly aggressive neutral may not provide this benefit. Lawyers and clients are likely to reject evaluations presented too forcefully, both to preserve self-esteem and to prevent client anger about case weaknesses. Perhaps this is why only ten percent of judges classified themselves as MSCs. Also, much of themselves as aggressive in pushing for settlement. Also, most criticism is given privately in caucus, some even outside the presence of the client.

There are four common hybrid dispute resolution processes in which the parties negotiate in the presence of a third party, each with slightly different rules and incentives to settle. For purposes of this discussion, it will be assumed that the same neutral performs all phases of the chosen process, though this need not be true.

The processes were first developed to resolve collective bargaining disputes about fifty years ago. They are med-arb, in which mediation is used to resolve disputes but arbitration of unresolved issues can be used to prevent a strike; arb-med, in which participants mediate in the shadow of an existing but undisclosed arbitration award; final offer or “baseball” arbitration, in which an arbitrator chooses between the final offers in unsuccessful negotiations, and the chosen offer becomes the binding award; “night baseball” arbitration, in which sealed final offers are given to the arbitrator before the hearing and cannot be disclosed. The arbitrator unseals the offers after drafting an award, then chooses the offer closest to the draft award as the final outcome.

The results of negotiation outcomes for med-arb are inconsistent. Some student studies show no difference between it and standard mediation. Some show reluctance to arbitrate generates more reasonable offers in mediation. A third set shows a polarizing effect, which results when the parties assume an arbitrator will gravitate to the midpoint and take extreme positions to claim more value. But such behavior would be based on a false assumption. Parties want arbitrators who decide based on the evidence,  so that is what they do; if they merely forced a compromise they would soon have no work.

Although hybrid processes make up a relatively small portion of ADR cases, Stipanowich and Lemare report that four in ten Fortune 1000 corporations have used hybrid processes, while Stipanowich and Ulrich find that 43% of the College of Commercial Arbitrators have presided over a hybrid process. Unfortunately, these studies do not provide differentiation or detailed analysis of the negotiation processes. There little empirical data available; med-arb and arb-med are one author simply says mediation is more effective when arbitration is the next step, without saying how or to what degree.

When special expertise or experience is needed we often turn our negotiations over to agents, whether they be lawyers, real estate brokers, diplomats, or other subject matter experts who negotiate frequently. This affects the character of negotiations. For example, when real estate agents are retained, the price and the chance bargaining will fail both ways.

Lawyers and other professional negotiators face a conflict between the duty to zealously represent sometimes irrational, cash-strapped, or uninformed clients and the desires to adhere to legal norms, maximize recovery, and preserve relationships with other negotiators. While puffery and positioning are normal, lawyers are more cooperative than clients expect. Though extended hard bargaining maximizes outcomes, lawyers seldom engage in more than three rounds of negotiations. They also are unlikely to begin at the extremes of possible case value, setting beginning demands in conformity with legal norms and sending subtle signals about stubborn clients if norms are violated. Lawyers often have to negotiate with both clients and counterparts to reach an agreement.

It’s impossible to compare negotiated outcomes and mediated outcomes and see how things change. Because mediation increases transaction costs significantly, by definition it is only used when negotiating has failed or is expected to do so.

Mediation has been called a kind of seduction to negotiate the non-negotiable by environmental activists, a skewed playing field with neutral referees, and a forum where those without power are doomed to lose unless the mediator forsakes neutrality to make things fair, or at least fairer.

Whatever the merits of these arguments, it is true that mediators help parties clear away old grievances, reduce emotional tensions, counter perceptual biases, and reach agreements they can live within more than eighty percent of cases brought to them.

Unfortunately, very little work has been done and the likelihood of a negotiator adopting a friend or coworker’s suggestion. Of course, a suggestion may be adopted for its merit — whether it is objectively likely to add value to the negotiator’s outcome. Here, we consider other factors.

Unsurprisingly, if a peer seems biased against the negotiator, the suggestion is rejected. The converse does not appear to be true. A suggestion from a friend (one biased for the negotiator) is not necessarily acceptable.

Another study, though not directly on point found that those whose personalities are like ours communicate well during the negotiation, while those whose personalities are unlike ours communicate poorly. The implication is that a poorly communicated suggestion, however meritorious, is not likely to be adopted. Perhaps suggestions from those unlike us should be more carefully evaluated for their merit.