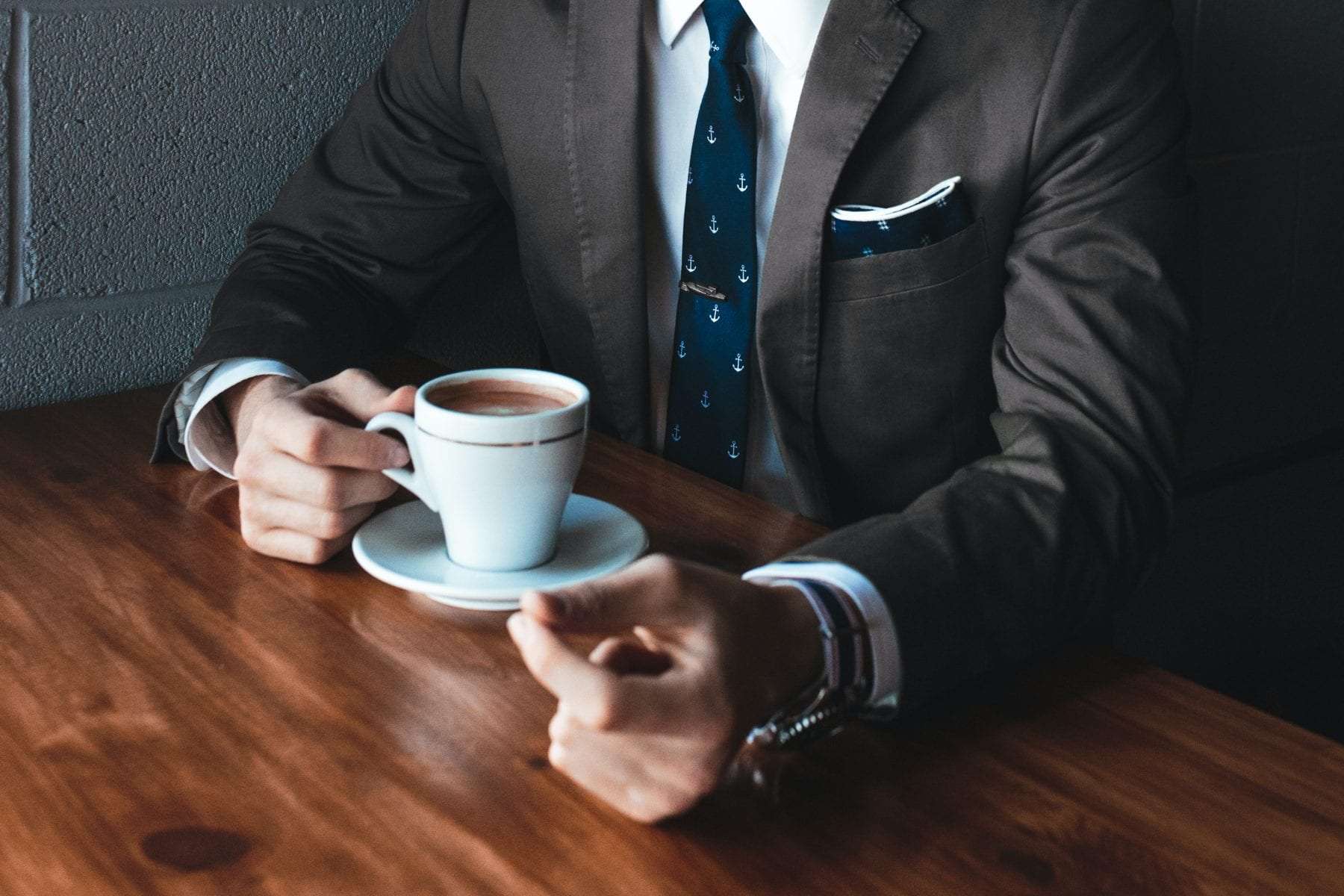 Can you back out of a settlement agreement if you have changed your mind?  Evaluation of the risks of litigation and candid discussions of the possible strength of opponents’ arguments and the weakness of one’s own may make it seem as if everyone is against you.  The gulf between initial expectations and final settlement can be wide. It is not surprising disgruntled parties reconsider once the pressure to settle is off.

I. Evidentiary protections in mediation.

“(a) No evidence of anything said…for the purpose of, in the course of, or pursuant to, a mediation or a mediation consultation is admissible or subject to discovery, and disclosure of the evidence shall not be compelled, in any …noncriminal proceeding …

(b) No writing….prepared for the purpose of, in the course of, or pursuant to, a mediation or a mediation consultation, is admissible or subject to discovery, and disclosure of the writing shall not be compelled, in any … noncriminal proceeding…

(c) All communications, negotiations, or settlement discussions… between participants in the course of a mediation or …mediation consultation shall remain confidential.”

The California Supreme Court applies the mediation privilege strictly, holding that the legislature knew certain injustices would occur under the statutory scheme. Mediation communications cannot even be used to show attorney malpractice occurring in mediation.

II.  Grounds for setting aside a mediated settlement

Statements made in mediation are inadmissible.  Evidence Code section 1118 provides a specific procedure by which an oral settlement agreement reached in mediation can be made admissible. Oral agreements not in compliance with that section are unenforceable. Section 1118 requires recording the settlement by a court reporter or other reliable means and transcription.

Written settlement agreements reached in mediation are mediation communications. They are inadmissible unless they fall within the statutory exception of Evidence Code section 1123, which requires one of the following:

(a) The agreement provides that it is admissible or subject to disclosure, or words to that effect.

(b) The agreement provides that it is enforceable or binding or words to that effect.

(c) All parties to the agreement expressly agree in writing, or orally in accordance with Section 1118, to its disclosure.

(d) The agreement is used to show fraud, duress, or illegality that is relevant to an issue in dispute.

The California courts construe the exception narrowly, requiring that the grounds appear in the agreement itself.  Failure to comply is a ground for setting aside the agreement.

Fraud will invalidate a mediated settlement agreement.  However, it is almost impossible to prove. Fraudulent statements are protected mediation communications.  Unless fraud is proven using only the agreement, confidentiality is waived, or unprotected admissions occurred, evidence of it is inadmissible.

Mistakes rarely are used to set aside a mediated agreement.  Presumably, counsel and the mediator ensure the parties understand their obligations.  Mediation confidentiality makes mistakes difficult to prove.

A settling party may set aside a settlement agreement based on unilateral mistakes where enforcement of the contract would be unconscionable, even if the other party was unaware of, and did not cause, the mistake.

The moving party must show:

(1) The mistake concerns a basic assumption underlying the contract;

(2) The mistake has an adverse material effect on the agreed benefit to the mistaken party;

(3) He or she did not bear the risk of the mistake;

(4) Enforcing the contract would be unconscionable.

Generally, cases concern mistakes by one party about the value or identity of something for sale. The other party knowingly takes advantage of the mistake.

If the seller is not blameworthy —for example, if an employee treated “1200” as $12.00 rather than its value of $1200.00, no contract was formed.  There would likewise be no contact formation if the parties were thinking about different items – for example, if they agreed on the sale of the property on Mulberry Street, but had different lots in mind. If no contract is formed, the agreement is set aside as void.

If the seller was unaware of the true value and deliberately sold the item cheaply, a valid contract is formed. The questions are then whether the seller bears the risk, and whether the discrepancy between the consideration given and the actual value is so great as to be unconscionable.

Where both parties are mistaken about the same thing, there is a mutual mistake. The contract is valid, but it may be rescinded if there has not been reliance.

There are few cases concerning duress in mediation and none setting aside an agreement.  This may be because mediation confidentiality makes the necessary showing very difficult in the absence of a waiver.  It may be because neither a mediator nor counsel would allow an agreement to be entered under duress.

The circumstances needed to establish duress are extreme.  There must be threats of physical or economic harm, criminal prosecution, or unjustified civil proceedings. The party asserting duress must demonstrate that the other party’s threats were intended to induce him to act or to refrain from acting to his own detriment.

It is not enough to show that one party caused fear and led the movant to act as the other desired.  The moving party must show the conduct utterly destroyed his or her free will to set an agreement aside for duress.

Only those with legal capacity may contract. All adults are presumed to have capacity.  Minors lack legal capacity absent parental permission or court approval.  But the minor who lacks capacity may enforce contracts in their favor; such contracts may not be enforced against them.

A suspension under Revenue and Taxation Code section 23301 for failure to pay taxes robs a corporation of the capacity to enter settlement agreements and other contracts.  It is also unable to bring or defend actions in court.,  This lack of capacity could be a ground for setting aside the agreement.

However, paying back taxes and filing required forms will validate the contract, and enable the corporation to participate in litigation.

In California, a mental deficit alone will not prove incapacity to contract.  There must be significant functional impairment to the ability to understand the nature and consequences of one’s actions.

Probate Code section 811 requires “evidence of a deficit in  … one of the following mental functions “(1) alertness and attention, (2) information processing, (3) thought processes, or (4) ability to modulate mood and affect.”  Expert testimony is helpful, as are witnesses who observed the movant’s demeanor and behavior.

Consideration is the giving of something of value in exchange for a performance or the promise of performance. It is a necessary element of any settlement agreement.

Giving up (“releasing”) a disputed claim made in good faith is a consideration for a settlement, even where the claim is invalid.  Essentially, settling parties are bargaining for peace.  For the agreement to be set aside, the failure of consideration must be total.

To be valid, a contract must have a lawful object and lawful consideration.  For example, agreements in mediation to award a public contract to a plaintiff where the contract was required to go through competitive bidding would be unlawful and therefore void.  They would be set aside, even upon a court’s own motion.

A settlement agreement that paid a public employee more than the statutory maximum for early termination would have unlawful consideration. If there were also lawful considerations, the illegal portion would be severed. Since declaring a contract void can have harsh consequences, the court will often use its equitable powers to do justice when the parties are not equally to blame.

Impracticability refers to situations in which performance is possible but extremely difficult or expensive. The impracticability at issue must result from unforeseen events.

Lack of authority voids an agreement when an attorney improperly signs a settlement.  Employment as an attorney does not grant authority to settle a case.  The client must specifically authorize a lawyer to settle.  The issue also arises when a settlement purports to bind non-participants in mediation.

A few cases allege that mediator misconduct procured settlement agreements.  Courts recognize their inherent power to settle such agreements aside.  But in California, the protection for mediation communications prevents the admission of mediator statements making it impossible to show misconduct.

You can back out of a settlement agreement but mediation confidentiality makes proving them problematic.