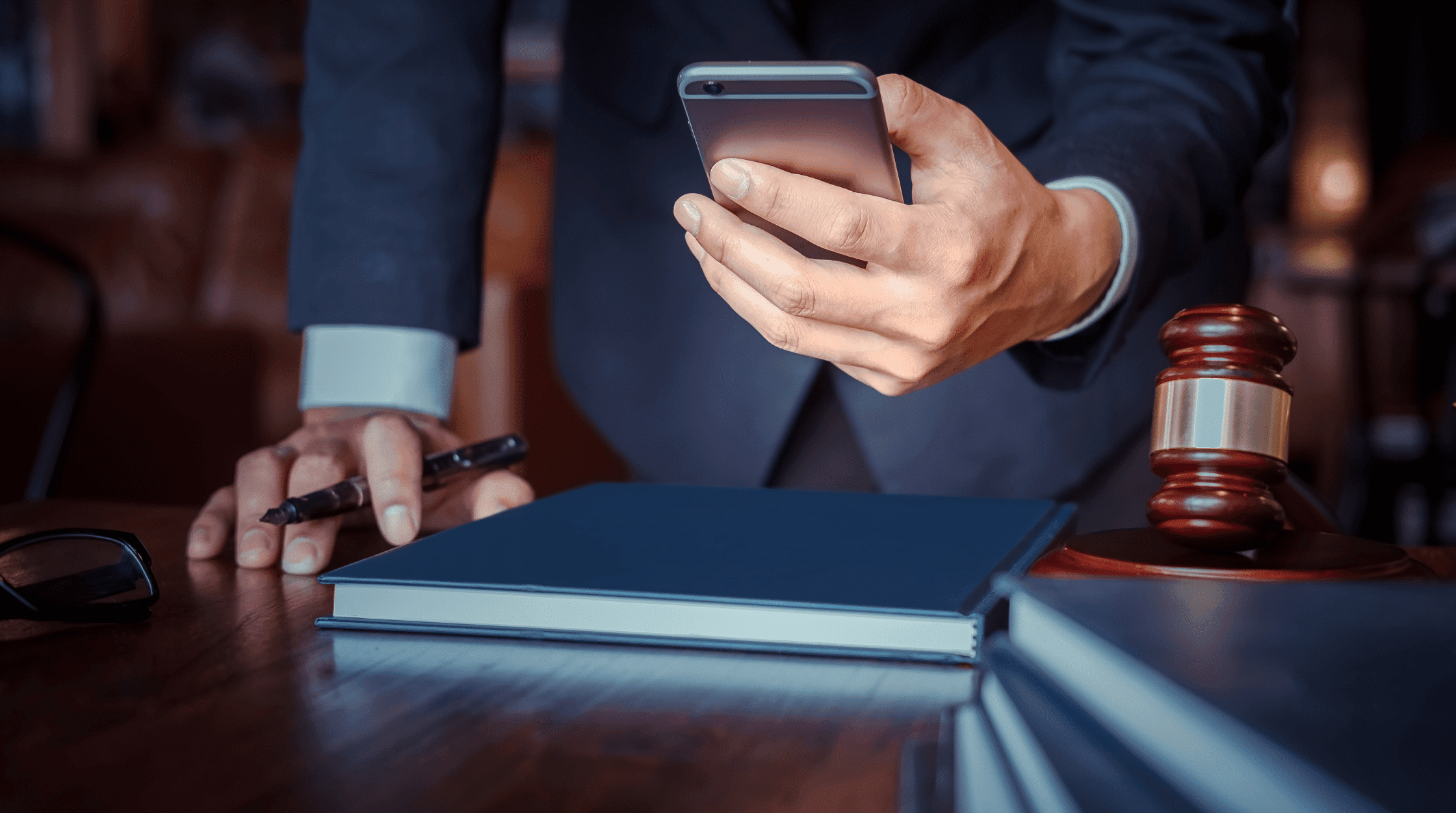 Today was not starting well. A few minutes late for an early morning meeting, you drive a little faster than usual through a winding bit of road. Out of nowhere, a police motorcycle appears behind you and signaled to you to over.  Mystified, you comply.

“Did you know you were speeding?” asks the officer, her face unreadable behind her face mask and mirrored sunglasses. You protest that you had only been going 35 mph. She wordlessly points to a sign showing the speed limit here is 25 mph. You didn’t see the sign because it was almost entirely covered by foliage. You point this out, but the officer gives you the ticket anyway. Frustrated, you take a picture of the hidden sign with your cell phone camera and depart.

You hate the idea of a traffic court with its long wait in a crowd of strangers and the intimidating prospect of representing yourself in a trial.  You could pay the fine and be done with it.   Or go to traffic school. But you can’t get over how unfair it is that the speed limit sign was covered up.  You decide to fight the ticket.

No one likes getting a ticket, especially when they don’t believe they did anything wrong.  Nevertheless, most people simply pay the amount of the fine shown on the citation. Depending on the circumstances, taking a day off from work to go to traffic court may not be an option, or may cost more than paying the fine.  Or, in the midst of a pandemic, some defendants may not feel that spending hours in a crowded public courtroom is a wise choice.

The California legislature has provided a mechanism by which citation recipients who decide not to go to court can still defend themselves in traffic court.

“The court, pursuant to this section, shall, by rule, provide that the defendant may elect to have a trial by written declaration upon any alleged infraction, as charged by the citing officer, involving a violation of this code or any local ordinance adopted pursuant to this code.”

For a complete list of the types of ordinances that may be adopted under the Vehicle Code section 21100.) The section expressly excludes citations for driving under the influence of alcohol or drugs or driving with an excessive blood alcohol content.

How do I request a trial by declaration?

To request a trial by declaration, you must submit a completed official California court form TR – 205, a “Request for Trial by Written Declaration,” including your contact information, citation number, a statement of facts under penalty of perjury explaining what happened and why you should not have been cited. You must also describe and attach any evidence you wish the Court to review.  Your statements are trial testimony, and unless they are sworn under penalty of perjury under the laws of the state, they will not be considered.

You can get form TR-205 online or from the court clerk. You must file it in person or by mail before the deadline to deal with your ticket has passed, in addition to paying the full bail amount, which you can ask the clerk for if you don’t know it. (The bail amount will be refunded if you win).

The issuing police officer receives notice of your request and must file a responsive declaration by the court’s deadline.  The traffic judge considers both declarations in light of the relevant ordinance. The court will then mail you a notice of its decision.

Is it a good idea to ask for a trial by declaration?

The trial by declaration procedure was originally intended to grant access to the courts to those who couldn’t get there.  If you are in this situation and want to fight a ticket, Trial by Declaration is probably a good idea.  Isn’t some defense better than none at all?

Some traffic attorneys recommend using the procedure in every case.  These attorneys point out that just like the defendant, the citing officer has to file an account of what happened with the Court, on a deadline. Busy officers often do not file the required statement for your trial by declaration. To them, the paperwork is a low priority. If they do not file the statement, you will likely win your case. The People will have no evidence except what you present.

That said, the California Supreme Court has emphasized that is the judge’s job to get to the truth and do justice.  Evidence can establish more than one thing. The request for trial by declaration forms clearly says that participants in such trials are waiving their privilege against self-incrimination. Of course, no one intends to incriminate themselves. But an inexperienced witness will sometimes admit things that harm their case, even violations of an ordinance, hoping that a good excuse or hard luck story will sway the judge.

Judges hear stories like this all day long. They are skeptical of them. They almost invariably return to the central question: was the law violated? If you admit a violation, the court may find you guilty even if the citing officer doesn’t file a statement.

Traffic lawyers also point out that even if you lose in your trial by declaration, California Rule of Court 4.210 allows you to file a request for a new trial (called a trial de novo) by filing a form in person or by mail within 20 days of an adverse decision (Form TR-220). The law gives you two chances to win your case; Once in a trial by declaration and, if you lose, again in front of a judge in traffic court.

Another drawback is that If you are convicted in the trial by declaration process, the verdict is electronically transmitted to the DMV, adding so-called “points” to your driving record. This can cause you employment problems, especially if you drive a lot for work. It can raise your insurance rates, sometimes dramatically. Depending on your past driving record, you can even lose your license to drive.  It can take months after you win your trial de novo for the DMV to update its records.  In the meantime, you are left to deal with the negative consequences of the conviction.

Remember, if it occurred, such a conviction would stem from a process in which you gave up the privilege against self-incrimination, had no opportunity to cross-examine the witness against you (the citing officer), no opportunity to review that officer’s testimony, and no opportunity to answer the Court’s questions.  Trial by declaration takes place in the judge’s chambers on paper, with no outside input.

This does not mean that trial by declaration is never a good idea. A negative outcome can teach us what to do differently in a trial de novo, increasing our chance of success. And an extra chance to win your case is not a bad thing.  But if the interim consequences of a conviction could be especially serious for you, you should contact an attorney before choosing to take advantage of section 40902.

There are online providers who, for less than a hundred dollars, will take your information and evidence and turn it into a declaration for you to use.  The low cost may make this a tempting alternative. But be cautious.  Success rates do not appear to be public information, and online reviews are mixed, to say the least.  Ask questions.   Consider the wisdom of retaining an attorney you can talk to you face to face. Serious consequences merit serious legal help. If costs are an issue, ask if you can set up a payment schedule.  Many attorneys will work with you.  Most will also be frank with you about whether they can be helpful in your situation.

Trial by Declaration in Arbitration

Put simply, arbitration is a binding decision by an agreed-upon third-party neutral that resolves a dispute without court intervention. The arbitrator has been called a private judge.

Done properly, the arbitration process is confidential. It is also faster, cheaper, less destructive to business and personal relationships, and much more flexible than ordinary civil litigation.  Traditionally, it has neither much discovery nor complex law and motion practice.  The rules can be tailored to the needs of the parties, and the neutral may be chosen for his or her expertise.  Lured by a lean, responsive alternative to costly and embarrassing public lawsuits, companies flocked to arbitration, and arbitration clauses frequently appeared in business and consumer contracts.

In the last dozen years, however, arbitration has been called the “new litigation.” It lost much of its original efficiency, as those trained in traditional litigation fell into old habits, demanding extensive discovery and complex procedural maneuvering.

Despite this trend, the trial by declaration has a place in arbitration.  So-called “documents-only” arbitration is popular in international commercial arbitration, especially in small and medium cases between European parties. The process is also found in labor arbitration, partly driven by that field’s quest for a speedy resolution that creates minimum interference with daily operations of the business, and partly out of an urge to “de-lawyer” the process, scrapping complicated evidentiary and procedural issues in favor of straightforward hearings on the relevant facts.

Arbitration clauses are present in a large majority of consumer contracts. This has given rise to claims of unfairness, as relatively low-dollar claims are forced into an expensive process, which often leads to their being dropped. Limiting the consumers’ share of costs has been used as one solution. Documents-only arbitration — the ADR equivalent of trial by declaration — is another.

Is the use of trial by a declaration under California Vehicle Code section 40902 a good idea? Yes, at least where the costs of temporary failure are not too high.  It provides access to justice in a relatively inexpensive and speedy process.  The same can be said for its ADR equivalent, documents-only arbitration.