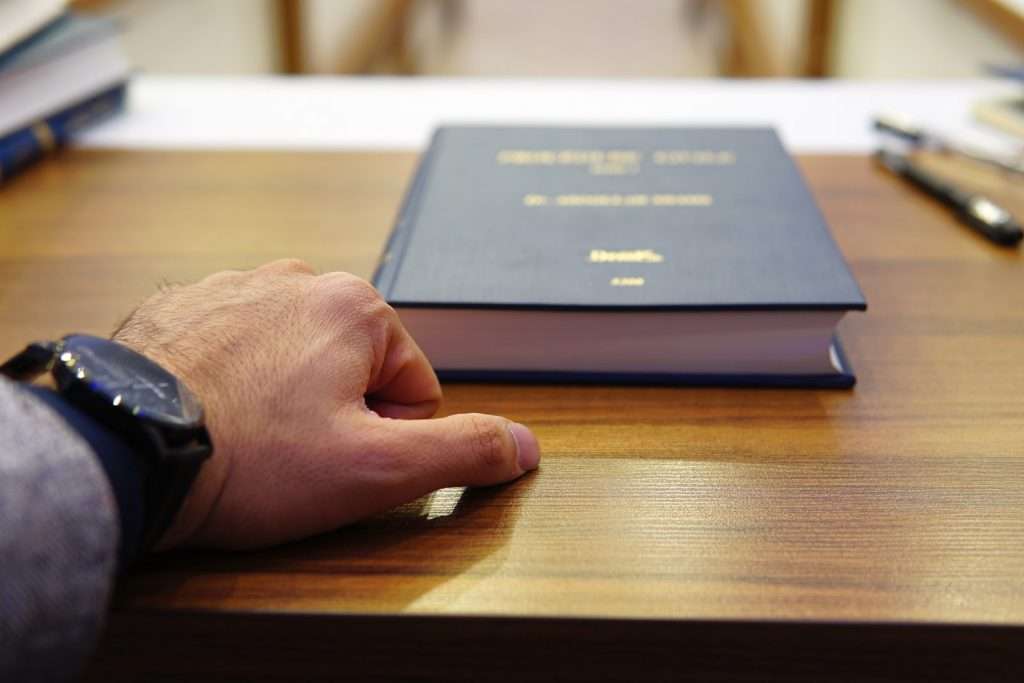 If you pay attention to books and movies, you come away with the distinct impression that a jury trial is the pinnacle of the lawyer’s art and the thing that they train for and look forward to most. Everyone loves a good courtroom drama.

Certainly, legal education in the United States is focused on turning out lawyers capable of bringing cases to trial and winning.  Of course, many law school graduates end up doing work that never brings them into a courtroom.  But it is expected that they have been given the tools to thrive there.

And yet, even litigation attorneys, who regularly prepare for and go to court, almost never go to a jury trial. The trial used to be the end stage of a case.  But the number of federal civil trials has been decreasing for more than half a century. Now, only 2-3% of federal civil cases go to trial. Less than 2% of federal criminal cases go to trial.   State statistics are similar. Professor Marc Galanter calls this phenomenon “The Vanishing Trial.”

What’s happening to the cases that aren’t being tried? A few of them are dismissed voluntarily. A few of them are disposed of by the courts on procedural grounds. Some of them go to arbitration. But the vast majority of cases are settled. This is even true in a little less than 40% of arbitrated cases, according to a study of New Jersey automobile negligence claims. Cases were settled rather than ending in an arbitration award. Instead of expecting a case to get to trial, lawyers today prepare for settlement.  They gather facts, marshal evidence, polish arguments, and bring motions to use as leverage in settlement negotiations. The trial is not a normal event; it is an ominous threat, a weapon wielded to force a bargain. Galanter calls this litigation to prepare for settlement “litigation”

But why do this? Why not go to trial? Why are lawyers so eager to settle cases? There are a number of reasons.

Going to trial is inherently risky.  Even if one has a good case, a judge or jury may see the evidence differently than counsel.  Or some crucial piece of evidence may be ruled inadmissible.

Research shows that lawyers are not very good at predicting the outcomes of the cases, typically being overconfident. It doesn’t matter how experienced the lawyer is, or whether the case is a civil or a criminal one.

This pattern of overconfidence means that every trial lawyer has had the experience of being sure they were going to win a case, then losing it. Perhaps that’s why a lot of lawyers refer to trial as a “crapshoot“  The consequences of losing a case can be quite severe, for both clients and lawyers.   Criminal defendants face loss of liberty and fines. Civil parties face mostly economic consequences, but also damage to their reputation.  Some parties may go bankrupt if the stakes are high enough.

Losing contingency fee counsel don’t get paid. Like other counsel, they may also lose clients, reduce referrals and damage their reputations. Of course, no attorney wins every case. But the lawyer’s most important product is his or her advice. If he or she develops a reputation for giving poor advice, the results could be disastrous. Of course, a lawyer may not put his or her economic self-interest ahead of the interest of the client. But that is not to say that these considerations do not play a part in attorneys’ eagerness to settle cases. Elimination of the risk of loss is good for both the lawyer and the client. Lawyers settle cases to eliminate the risks of losing, and to shape a resolution that all parties can accept.

Although no judge can force a settlement where none has previously been agreed to, (Barrientos v. City of Los Angeles, (1994) 30 Cal. App.4th 63) courts can and do encourage, cajole and even pressure parties to settle cases. This author has seen counsel ordered by judges to “go into the hallway and settle this case,” and has received such orders. Of course, this tactic does not always work, but it does get counsel and parties talking.

Many courts have adopted mandatory mediation programs, and the policy of the court is to encourage mediation and settlement. The Alternative Dispute Resolution Act of 1998 requires that federal courts offer ADR to litigants. State courts This is partly a way to deal with heavy judicial caseloads and comply with Legislative mandates to resolve cases swiftly. The average judicial caseload is somewhere around 400 cases per year. There is no way to take all of those cases to trial and still resolve them in a timely fashion. Some cases must settle. Fortunately, court-sponsored mandatory mediation programs are generally very successful, with approximately an 80% settlement rate. But don’t be surprised if, should you be unable to settle, the court presses you to try again.

Another example of pressure to settle is the mandatory settlement conference. A mandatory settlement conference (hereafter MSC) is a supervised attempt at settlement ordered by the court and presided over by a judge or court-appointed settlement officer.  By statute, MSCs in California are explicitly not mediations, though they may feel similar. (Evidence Code section 1117(b)(2)) MSCs often are opportunities for the judge or settlement officer to highlight what’s wrong with each party’s case and take a high-pressure approach to settlement. Nervous clients and inexperienced lawyers frequently settle after severe judicial arm-twisting. As distasteful as this may be, it is deemed necessary:

[T]hrough [MSCs] many cases are disposed of without trial, and delay in the trials of the remaining cases is thereby reduced. Here, the trial court noted the “ever-increasing backlog of cases. For these cases to be processed as quickly and equitably as possible, it is necessary for all parties to make good faith efforts at resolving matters if they can be resolved. “ (Sigala v. Anaheim City School Dist. (1993) 15 Cal. App.4th 661, 668-670 )

The litigation process has been criticized as expensive, time-consuming, stressful, rigid, public, and destructive to relationships.  These characteristics make clients and their attorneys unhappy.  Since settlement ends litigation, it also mitigates these effects, leading to happier clients.

Legal inflation has been stable for years at 3.5%. Therefore, the estimate in 2022 cost of litigation in these practice areas is approximately 31.5% higher than in 2013, or:

Of course, the specific facts of a given case affect its costs. These are only estimates. Other types of cases, such as intellectual property, often have costs running into the millions, The use of electronic discovery typically adds about 10% to the cost of litigation. Whatever the details of a particular case, carrying it through to its conclusion is very expensive.

The average time spent in California during 2021, from the filing of a case until its resolution varied by county and ranged from 20 months to almost three years.  The length of the litigation process could pose a serious problem for some parties.

Some parties may have lost employment or even the ability to work, go into debt in reliance on a now-breached contract, or suffer a serious injury. For some parties, rapid settlement is an economic necessity.  Contingency fee lawyers carrying significant costs and going without pay for many hours have a strong economic incentive to settle, and get paid sooner rather than later.

Involve me in litigation is inherently stressful. There is worry about incurring liability, or the risk of losing a potentially vital source of income should the Count or jury reach an unfavorable conclusion Lawsuits are also disruptive to home and work life.  Litigation takes up time and energy that could be used on other projects, and often distracts executives from their normal duties, forcing them to focus on discovery, depositions, other testimony, or some other related topic.  Litigation can cause stress at home as well. Cases that threaten economic ruin, generate feelings of betrayal (fraud, slander, conversion, invasion of privacy, discrimination) involve family, or create a sense of loss (personal injury or wrongful death) can cause anger, anxiety, sadness, or depression. These worries and negative emotions often disrupt relationships and overwhelm normal conversation.

A scientific study of community-wide disasters where litigation is pervasive and long-term (such as the Exxon Valdez oil spill of 1989) indicates that one’s status as a litigant — not monetary damage or physical injury – was the best predictor of work disruption, fear of future oil spills, increased distrust and dysfunctional stress. Many Exxon Valdez victims who became litigants suffered “intrusive stress, defined as stress severe enough to cause mental illness such as post-traumatic stress disorder.

Attorneys working with clients suffering from post-traumatic stress disorder, unfortunately, suffer what is called secondary stress. By becoming emotionally involved with traumatized clients, they suffer some of the same problems and thus have an incentive to end the stress for their clients and themselves.

Civil litigation can be rigid and formulaic. Things are done in a certain order, and in a particular way. Departing from what is expected will usually lead to trouble.  For example, no matter how much a client may need it, there is no provision for a release of emotion at trial or even a discussion of it.  Likewise, the law does not require apologies or give an opportunity for them. But certain statutes provide very limited immunity for expressions of sympathy that don’t admit fault. (See California Evidence Code section 1160).

This narrow-minded exclusion of emotional issues in court ignores parties’ real need for them. A heartfelt apology can prevent lawsuits, and an opportunity to express emotions is often the key to resolving conflict.

What happens in litigation is a matter of public record. If it is sensational enough, it may even be reported in the press. Even the accusation of certain types of behavior could be damaging to one’s reputation and/or business. Parties in litigation cannot simply claim a misunderstanding or a difference of opinion and be done with it. Either there will be a finding of wrongdoing or there will not. If not, the accuser will probably be thought a troublemaker. Doubtless, there will be some who think that the accusations in a lawsuit were true, even if they were not proven, and some who think them false regardless of the evidence for them.

Litigation is destructive to relationships

The settlement allows parties to discover solutions they can all live with. Litigation imposes outcomes; sometimes no one is happy. While settling may be cooperative, litigation is necessarily competitive.  Litigation has many negative consequences that are probably harmful to the parties. It gives rise to many unpleasant emotions.  For these reasons, it is almost always destructive to important relationships.

A lawyer who can quickly settle a case will save his or her client the burdens of high cost, long delay and disruption at work and at home, public disclosure of the dispute, and damage to important relationships.  Lawyers who can achieve such settlements will have happier clients.