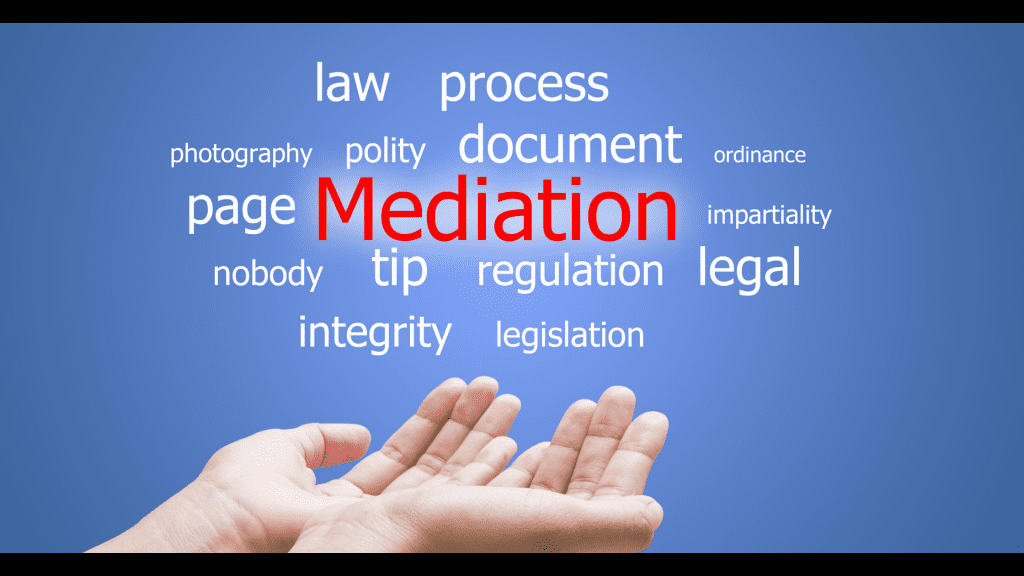 Are you looking for mediation tips and tricks that work? America has a well-deserved reputation as the most litigious society in the world. Culturally, there is a significant focus on vindicating rights and on winning and competition as ends in themselves. While involvement in litigation is viewed as shameful in some societies, Americans generally view it as the natural progression of conflict.

Despite this, only about 2% of cases go to trial. As Professor Marc Galanter has pointed out repeatedly, the number of trials has steadily declined for decades. Some are decided by motions or voluntary dismissal. But the great majority are settled. Since at least the 1990s, mediation has been an extremely popular settlement method used by 98% of Fortune 1000 corporations. In addition, since 1992, state and federal courts have made mediation mandatory in most litigation.

Since mediation is so much a part of litigation and such a standard method of alternative dispute resolution, every participant should have knowledge of techniques to ensure success. Five simple and effective tips and tricks are discussed below.

Mediate whenever you can.

Often, aggressive counsel or parties expect resistance to mediation, either because they consider it a lost cause or because they view settlement discussions are a sign of weakness. This is short-sighted. Mediating parties successfully settle disputes between 80% and 85% of the time.

The statistics above show that mediation is highly successful, even in complex cases. Even when mediation does not result in an immediate agreement, research shows that four out of five “failed” mediations lead to resolution within two weeks, as participants continue to think about settlement.

Although there are no studies on the subject, this author’s experience with subsequent mediation sessions shows that they continue to be effective in resolving cases. This is because the parties know more, have been thinking and communicating about a settlement, had time to think about the conflict in light of the neutral’s input, and have usually pared the issues down since the first attempt at mediation. In addition, they often are more motivated as the risk of trial draws near. All in all, a subsequent mediation is well worth the effort.

Let the opponent choose the mediator.

Longtime mediator and Forbes Leadership Forum contributor Richard Shore recommend letting the other side pick the mediator, saving objections for truly concerning conflicts of interest. As counterintuitive as this idea is, there are several good reasons for doing it.

Mediation is meant to be speedy, economical, and cooperative. But parties often begin the process with a mediator-selection method that is complex, expensive, time-consuming, and adversarial. Avoid this paradoxical opening battle by letting the other side pick the mediator. This promotes cooperation, creating goodwill. It also speeds up the process, reduces costs, and exposes you to new mediators you might not otherwise encounter.

Don’t reject someone just because the other party obviously thinks the neutral will favor them or their position. That can be an advantage for you. For example, suppose a party believes its chosen mediator is on its side. In that case, the mediator will have more credibility with your opponent than someone who is seen as entirely neutral or leaning in your favor. Sometimes, such a mediator will bend over backward to be fair to your side.

Realistically, the only way a mediator can build a successful practice is to carefully maintain his or her reputation for neutrality and fairness. So actual bias from a professional mediator is unlikely.

That said, diminish any advantage your opponent may gain from familiarity by doing your homework. First, learn all about your mediator’s likes, dislikes, and style.

Since a mediator is not a decision maker, they cannot force you to accept a settlement you do not want. Therefore, there is little risk in accepting a mediator chosen by the other side and much to be gained.

Make use of settlement counsel.

As it is practiced, most American litigation is aggressive and competitive. As a result, litigators often cultivate fierce reputations to attract clients and intimidate opponents.
Litigation attorneys who bill by the hour face a difficult problem. They must be aggressive enough to routinely convince opponents that they are ready, willing, and able to take the case as far as needed. This will maximize recovery and maintain a formidable reputation, but not so aggressive that settlement negotiations are negatively affected. They also face a conflict of interest because although the settlement is often best for the client, it stops the billing on which the lawyer’s livelihood depends. Too many settlements at once can drive even a major firm into bankruptcy.

Litigators who bill on a contingency basis face the opposite conflict of interest. They are expected to front a significant burden of litigation expenses and are not paid until the case is resolved. They have an incentive to settle the case quickly with little work. But maximizing the client’s recovery may require putting forth significant effort.

Also, litigators are often untrained in theories and techniques of settlement. With some notable exceptions, these are not part of most law school curricula. And the competitive litigation approach is at odds with the cooperative, win-win approach that has been shown to increase overall results.

Don’t focus the session on who is right.

Of course, there will be disagreements on the facts and/or the applicable law, or there would be no reason to continue litigating. And some evaluation of the strength of legal arguments or evidence is necessary to measure the relative merits of each party’s case, which will affect the case’s settlement value.

That said, don’t focus solely or even primarily on the merits of the case. Remember, the purpose of mediation is not to win an argument; it is to achieve a mutually beneficial settlement. Of course, some discussion of the merits is appropriate. But winning the legal or factual argument is only worthwhile if it contributes to an eventual settlement. At most, it is a tactic. Don’t let it derail the dispute resolution process.

Usually, by the time of mediation, the parties are intimately familiar with the relevant issues and have already assessed the case. Too much focus on winning technical arguments can harden positions, antagonize the other participants, and lead the conversation away from the settlement goal.

Winning arguments for the sake of it is an expensive, counterproductive waste of time and money. Instead, move on to a negotiation over the key settlement terms as soon as possible. Then, there will be plenty of time to argue over the law and the evidence if the mediation fails and a trial is necessary.

Especially when mediation is mandatory rather than the parties’ idea, people tend to simply show up and expect the process to take care of itself. However, you cannot simply attend mediation without a plan and expect success. Thorough preparation will allow you to credibly justify your position and predict what the others in the mediation will do.

To achieve the most favorable settlement possible, parties need to know as much as possible about the subject of the negotiations. This may mean investigating a product or market, consulting experts, and/or researching verdicts in prior similar cases.

It is also essential to know as much as possible about the needs, goals, interests, and motivations of the other party or parties. Finally, become thoroughly familiar with the applicable law, the facts, and the consequences for your family and your business of settling, pursuing, winning, losing, or appealing the litigation.

Preparing well for mediation also means making accurate assessments of potential damages recovery, potential liability, and the likely outcome if the matter goes to court. All of this requires preparation and possible expert opinion before the mediation.

In preparation for the mediation, decide what you want, what you can’t do without, and what you are willing to give to achieve your goals.

Use your preparation time to plan your response to likely demands and decide on concessions you are willing to make. Be flexible in your strategy. Your plan will change as you listen and learn during mediation.

Planning concessions is not defeatist. Reciprocal concessions are expected. We are culturally conditioned to expect concessions during bargaining. Their absence leaves us dissatisfied and badly treated; it will stall bargaining. Appropriate concessions drive negotiations forward.

It is vital that you think about and plan for what will happen if the mediation fails. But, first, you must plan for the possibility of at least temporary failure. As counterintuitive as it seems to plan for failure, knowing what you will do if you can’t agree significantly impacts negotiation strategy.

Know your Best Alternative to a Negotiated Agreement or BATNA. Knowing your fallback position tells you where to set your bottom line— that is when it is better to walk away than agree. In most instances, an unsuccessful mediation is not the end of settlement efforts.

Nevertheless, mediation participants should also know the Worst Alternative to a Negotiated Agreement or WATNA. What happens if everything falls apart? Bankruptcy? Lawsuits? Foreclosure? Lower profits and fleeing shareholders?

Knowing the worst that could happen and the probability of it is at least as necessary as having a fallback position in crafting your strategy. So, don’t expect mediation to fail. But do prepare for it.

What needs to be done to prepare for mediation will vary by what is at stake and how much time is available. But the more you know— about the neutral, the other party, the case, and your situation— the better the mediation will go.

Take these tips to heart, and your mediation experience will be faster, less expensive, less confrontational, and more successful overall.