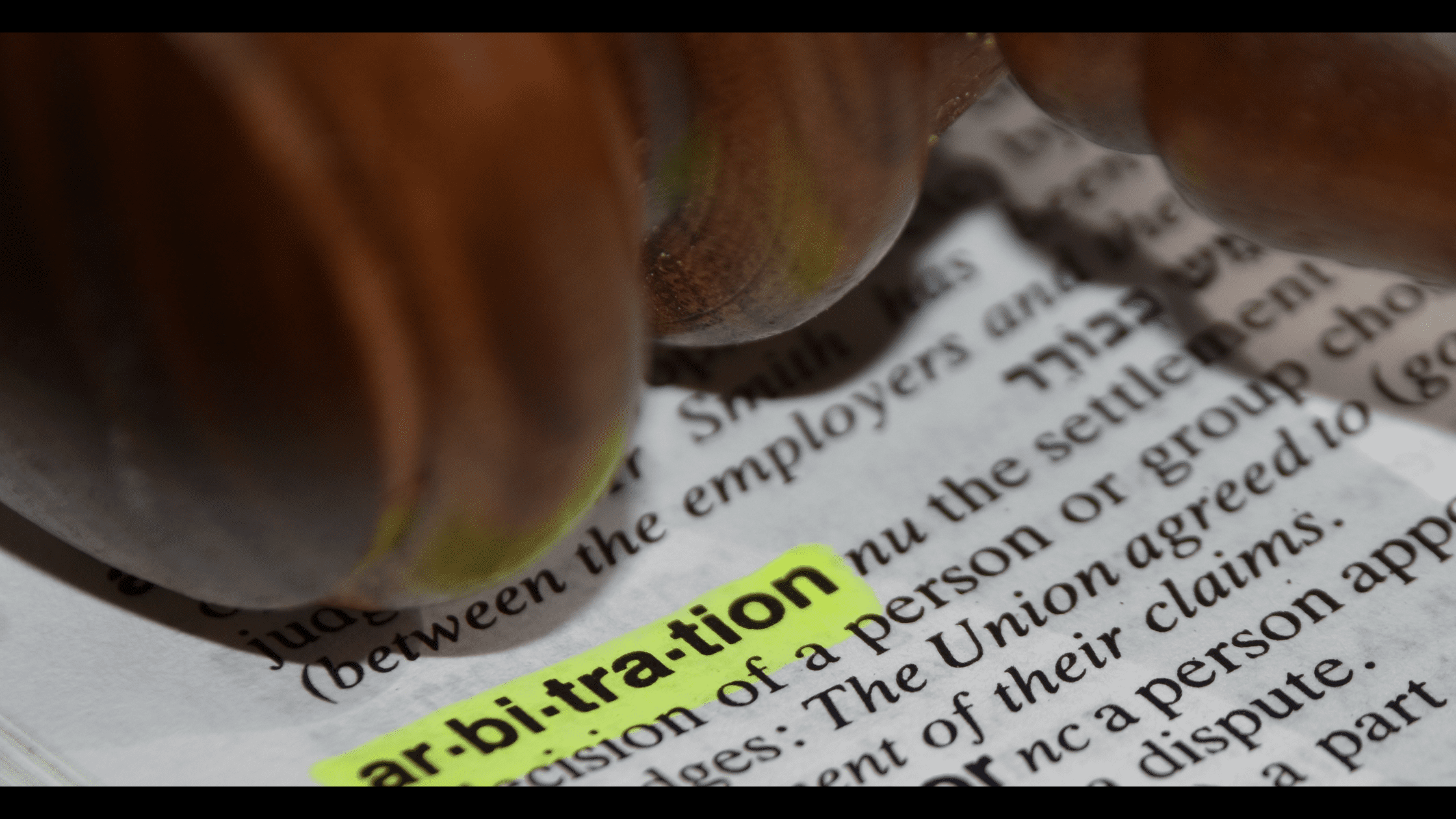 But what must be contained in the applicable notice? For example, what happens if the information is defective in some way?

The Federal Arbitration Act contains no language addressing notice of arbitration. Federal case law requires only actual or constructive notice and an opportunity to be heard — basic Constitutional due process. That said, if the notice of arbitration is invalid, any award that follows is likewise invalid domestically and internationally.

Article V (1)(b) of the New York Convention on the Recognition and Enforcement of Foreign Arbitral Awards, to which the United States is a signatory, provides:

“The party against whom the award is invoked was not given proper notice of the arbitrator’s appointment or the arbitration proceedings or was otherwise unable to present his case.”

This is very similar to the American standard of due process, which requires notice and an opportunity

Under either standard, care regarding the service and content of an arbitration notice is critical.

Of course, arbitration is a matter of a contract, and the parties are free to specify requirements. However, suppose the arbitrator makes an award despite technical noncompliance with the contract notice provisions. In that case, a federal court will not vacate the award until due process requirements are met. 9 U.S.C. § 10 sets forth the grounds for vacatur: A court may withdraw an award

“Bormets contend that the arbitration award should be vacated because they did not receive proper notice of the arbitration proceedings. We have repeatedly held that 9 U.S.C. § 10(a) provides the exclusive grounds for setting aside an arbitration award under the FAA. Inadequate notice is not one of these grounds, and the Bormets’ claim therefore fails.” (citations omitted)

An award made despite a technical defect in contractual notice provisions could be beyond an arbitrator’s power and justify vacatur, but only if the contract contained a plain limitation to that effect ( 21st Fin. Servs., L.L.C. v. Manchester Fin. Bank, 747 F.3d 331, 336 (5th Cir.))

Who Decides the Adequacy of an Arbitration Notice?

“Arbitrability” refers to the jurisdiction of an arbitral forum to decide a given dispute. Generally, arbitrability questions are for the court to decide because parties to add arbitration agreements would expect such gateway issues to be judicially determined by a judge. (First Options of Chicago, Inc. v. Kaplan, 514 U.S. 938 (1995). But First Options was later clarified by its author, Justice Breyer:

“[I]n the absence of an agreement to the contrary, issues of substantive arbitrability … are for a court to decide and issues of procedural arbitrability, i.e., whether prerequisites such as time limits, notice, laches, estoppel, and other conditions precedent to an obligation to arbitrate have been met, are for the arbitrators to decide.” (Howsam v. Dean Witter Reynolds, Inc., 537 U.S. 79, 84 (2002)

A defective Notice of Arbitration is not a ground to ignore the proceedings. Not only may an arbitrator choose to ignore the defects and make an Award against the absent party, but federal law treats a defective notice as inquiry notice. Therefore, they may not simply ignore the notice.

What must a Notice of Arbitration contain?

There is little guidance concerning what elements are required in a notice of arbitration beyond due process requirements. The Federal Arbitration Act contains no reference to notices of arbitration, even though the submission of a proper Notice is necessary for the commencement of arbitration in most cases.

When drafting a Notice of Arbitration, more information is better than less. Therefore, not only will respondents be less able to argue that the notice is insufficient, but other participants in the process will also be better able to understand the claim from the beginning.

The arbitration provider should advise what to include in a Notice of Arbitration. Check the relevant rules. They are likely to have specific requirements and may even use a form. Failing that, Article 3 of the arbitration rules of the United Nations Convention on Trade Law (UNCITRAL) has a comprehensive list of subjects to cover in an Arbitration Notice, even including optional topics:

2. Arbitral proceedings shall be deemed to commence on the date on which the notice of arbitration is received by the respondent.

3. The notice of arbitration shall include the following:

(a) A demand that the dispute be referred to arbitration;
(b) The names and contact details of the parties;
(c) Identification of the arbitration agreement that is invoked;
(d) Identification of any contract or other legal instrument out of or in relation to which the dispute arises or, in the absence of such contract or instrument, a brief description of the relevant relationship;
(e) A brief description of the claim and an indication of the amount involved, if any;
(f) The relief or remedy sought;
(g) A proposal as to the number of arbitrators, language, and place of arbitration, if the parties have not previously agreed thereon.

4. The notice of arbitration may also include:

Compliance with paragraph 3(c) of Article 3 of the UNCITRAL arbitration rules is essential because arbitration is a contractual process and because jurisdiction depends on whether the dispute is a type of conflict the parties intended to arbitrate. Accordingly, paragraph 5 restates the holding in Howsam, Supra.

JAMS is the most significant corporate alternative dispute resolution (ADR) provider. Its model clauses frequently serve as inspiration for drafters and practitioners.

Despite this, JAMS’ Comprehensive Commercial rules provide no help regarding the appropriate content of a Notice of Arbitration. Under Rule 5, such arbitration begins when jurisdiction attaches to the case and occurs when submission is made under a contractual arbitration clause, post-dispute arbitration agreement, or court order for arbitration. JAMS then sends a Commencement Letter, fees are paid, and the process begins.

Demands for arbitration are mentioned in Rule 6, but no comment is made about their contents.

Under rule 4 of the American Arbitration Association Commercial Rules, the following information must be provided:

i. The filing party shall include a copy of the court order.

(e) Information to be included with any arbitration filing includes:

i. the name of each party;
ii. the address for each party, including telephone and fax numbers and e-mail addresses;
iii. if applicable, the names, addresses, telephone and fax numbers, and e-mail addresses of any known representative for each party;
iv. a statement setting forth the nature of the claim, including the relief sought and the amount involved; and
v. the locale requested if the arbitration agreement does not specify one…”

Reference to both AAA commercial rules p shows that a well-drafted arbitration notice is like a well-drafted complaint. It briefly tells a straightforward story answering basic questions:

At this early stage, the arbitrator’s identity and the locus of arbitration may not be known. However, if known, they should be provided, as should hearing information.

Arbitration notice should be straightforward and not litigation. Technical defects generally do not win the day. Since the arbitrator may overlook them, energy spent objecting to defects is better spent proactively clarifying confusion.

If your notice is unclear, by all means, rectify it. Remember, the bare Constitutional minimum of actual or constructive notice is enough when it comes to Notice of Arbitration. Purposeful nonappearance will result in a default award.