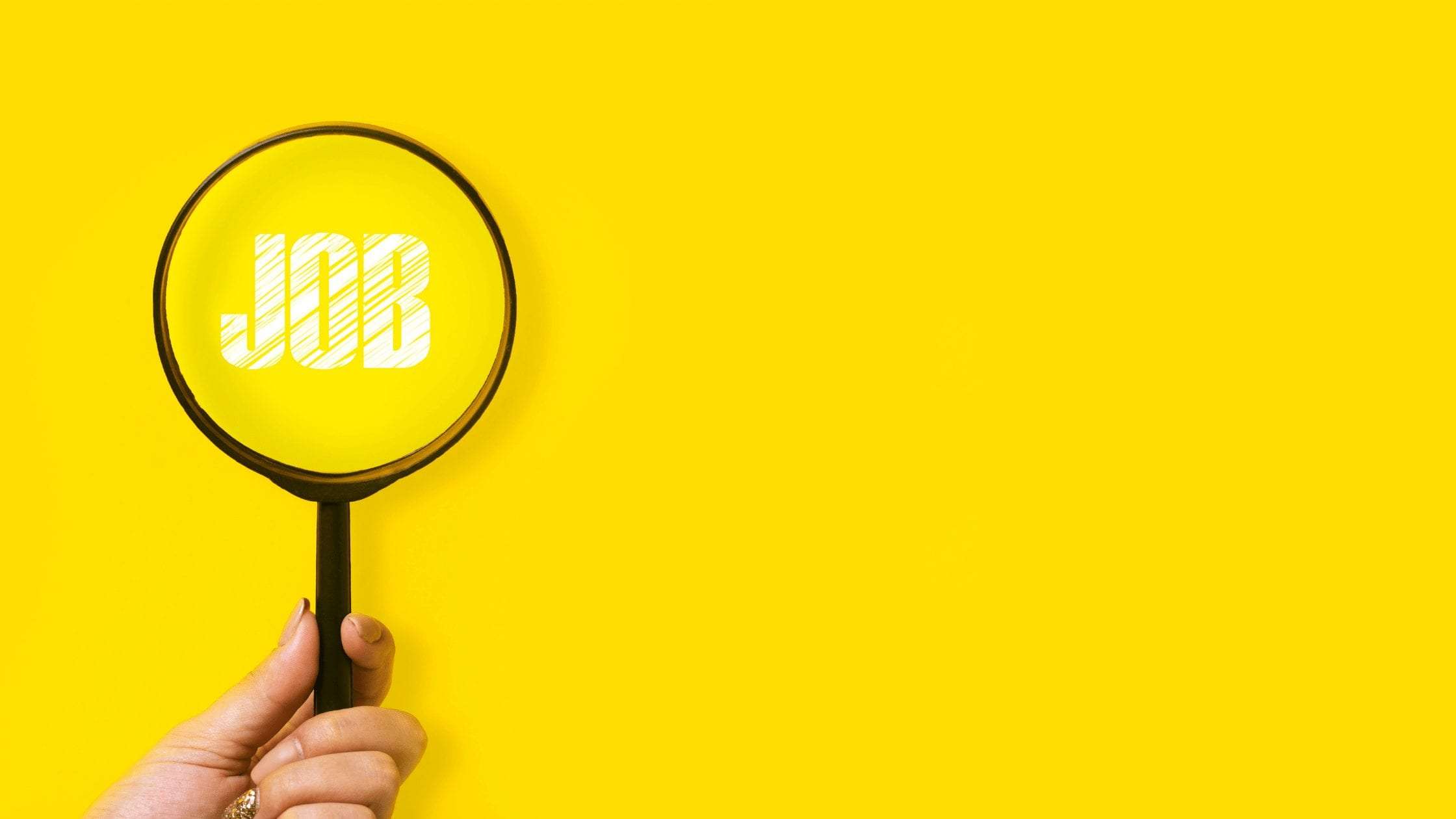 Finally! After months of looking for a new job, sending out resumes, making phone calls, going for interviews, and suffering disappointments, a decent company has made a good offer. It’s not everything you wanted, but times are hard.  The head of HR puts you in a room by yourself with a pen and a stack of papers and tells you to find her when you’re done.

You start to fill everything out. You stop. One of the documents is an arbitration agreement stating that any claim, dispute, grievance, or cause of action arising out of or relating to your employment shall be submitted to arbitration, with the arbitrator to determine arbitrability and all other procedural or substantive issues except for emergency relief. There is a notice that both parties waive the right to a jury trial and to appeal.

There’s some more detail about the selection of the arbitrator, about what rules and remedies apply, about the division of fees but you stop reading. You are uncomfortable. You have always heard about the importance of the jury trial, and are nervous about waiving it. You don’t know much about arbitration except that Major League Baseball (MLB) uses it in players’ salary disputes.

What happens if you don’t sign the agreement and just finish everything else? Can the company take away the job offer they made? If your new employers don’t notice until they’ve hired you, can they fire you?

You just don’t know. You try calling your lawyer.  He is in a meeting. You really need to work.  What should you do?

There are three scenarios to think about when asking if you can be fired for not signing an arbitration agreement:

I.You aren’t yet hired. Can the offer be rescinded?

II. You already work there. Can they fire you?

III. You are subject to a collective bargaining agreement.

Depending on the study consulted, between twenty and forty percent of employees are subject to pre-dispute agreements to arbitrate. Mandatory arbitration of employment disputes has long been controversial, because of the economic pressure and unequal bargaining power present in the employment relationships.

“[I]n the case of pre-employment arbitration contracts, the economic pressure exerted by employers on all but the most sought-after employees may be particularly acute, for the arbitration agreement stands between the employee and necessary employment, and few employees are in a position to refuse a job because of an arbitration requirement.“

Concerns have been raised about arbitration of statutory anti-discrimination statutes and potential arbitral waiver of non-waivable statutory rights and remedies. The US Supreme Court rejected these arguments in Gilmer v. Interstate/Johnson Lane Corp., saying submission to arbitration is only a change of forum, not a loss of rights.

Since the passage of the FAA in 1925, Congress, the federal courts, and most states have strongly promoted a policy in favor of arbitration.  (Mitsubishi Motors v. Soler) Any doubts about the scope of agreements are resolved in favor of arbitrability. State statutes that single out arbitration or otherwise obstruct the purposes of the FAA are preempted. (AT&T Mobility LLC v. Concepcion.) The core statutory principle is that arbitration agreements are to be enforced according to their terms, except on grounds that justify the invalidation of any other contracts (9 USC section 2).

The FAA, at 9 USC section 1, excludes “contracts of employment of seamen, railroad employees, or any other class of workers engaged in foreign or interstate commerce. “. The Ninth Circuit read section 1 to exempt all employment contracts from the FAA on appeal from the District Court order compelling arbitration.  (Adams v. Circuit City) Adams involved an arbitration clause that was part of an employment application. Adams was hired, and eventually filed an employment discrimination lawsuit against Circuit City in state court, making statutory sexual orientation discrimination claims under California’s Fair Employment and Housing Act.

The Supreme Court overruled, construing section 1’s language as applying only to transportation workers, in line with every Circuit except the Ninth (Circuit City v. Adams). The majority reasoned that if Congress had meant to cover all employment contracts, the reference to seamen and railroad workers would have been unnecessary.

Adams means that mandatory pre-employment arbitration clauses are valid conditions of employment, and the refusal to sign can be a basis for rescinding an employment offer.

Why? Because the employer has no obligation to offer an employee a contract without an arbitration clause, and that clause is enforceable on the same basis as other contracts. Even when the employee is not aware of the arbitration clause because it is buried in an employee handbook, it will be enforced. (Johnson v. Long John Silver’s Restaurants, Inc.) Although some courts won’t enforce arbitration agreements you aren’t aware of, others will. So read everything.

The Supreme Court has also rejected a number of other arguments frequently made against employment arbitration. For example, the court has rejected arguments that arbitrators are biased in favor of employers in Soler (Refusing to presume arbitrator bias) Some research even finds that employees win more often in arbitration. And while reported awards tend to be smaller, it is impossible to judge how accurate the reports are, since most arbitration stays confidential.

Further, lower awards may be a function of lower costs and fees. And since both parties participate in selecting a neutral, a reputation for unbiased rulings is essential for long-term success. The Adams court saw the relative economy, speed, confidentiality, and preservation of relationships as advantageous to employees.

The Armendariz court assumed that a job offer would almost automatically be accepted. But this is not always true.  Job offers do get turned down. Still, the Court has a point about the relative pressures on each party. The employer is in a strong position, especially in economic hard times.

In this wrongful termination case, the court analyzed the mandatory arbitration clauses in Armendariz for unconscionability, which requires Yeaha) the contract is an adhesion, or “take it or leave it” contract and b) the provisions are so unfair they shock the court. The court found several terms that shocked it:

* Only plaintiffs were bound to arbitrate, not the employer;

* Only back pay was awardable, not statutory, punitive or tort damages or attorneys’ fees;

* No discovery was provided for.

The Supreme Court of California held employment arbitration agreements must contain five terms to be enforced:

1. the agreement must provide for neutral arbitrators

2. the agreement may not limit remedies provided under the statute;

3. there must be sufficient discovery to adequately arbitrate the employee’s statutory claim;

4. there must be a written arbitration decision and judicial review sufficient to ensure the arbitrator complied with The statutory requirements,

5. the employer must pay all costs unique to arbitration.

These requirements assure employees will be able to vindicate statutory rights in arbitration.  Other states also have minimum standards for employment arbitration.

So the answer to question I above is yes. You can have a job offer rescinded if you refuse to sign an arbitration agreement.  What if you already work there? Most people are at-will employees. This means they can quit or be fired at any time for any legal reason. Including failure to sign an arbitration agreement. Litigation is very expensive, and the employer is allowed to control costs you are an at-will employee, you have few options

If you are under a-contract defining why you may be fired, the employer can’t just rewrite the contract. Some consideration (something of value in exchange for the modification) is required. It may be a small raise or extra vacation. It is unclear how much consideration is needed to support the addition of an arbitration agreement to the terms and conditions of your employment. Probably not much, given how pro-arbitration the federal courts have become.

Even if you can refuse arbitration when you are covered by an existing contract, as soon as that contract expires you may be forced to choose between signing an arbitration agreement and finding a new job.

If your job is unionized, it’s unlikely that you individually will be asked to sign an arbitration agreement. That will be part of the collective bargaining agreement. (CBA) While some CBAs don’t require binding arbitration, the vast majority chooses it as preferable to a strike. If grievance arbitration is available, the employee must attempt to use it, even during a lockout (Republic Steel v. Maddox).

You probably won’t be able to negotiate an arbitration clause. Even if you are currently covered by an employment contract or collective-bargaining agreement that does not contain arbitration provisions, chances are good that you will eventually have to make a choice between accepting employment arbitration and not having a job or a job opportunity.