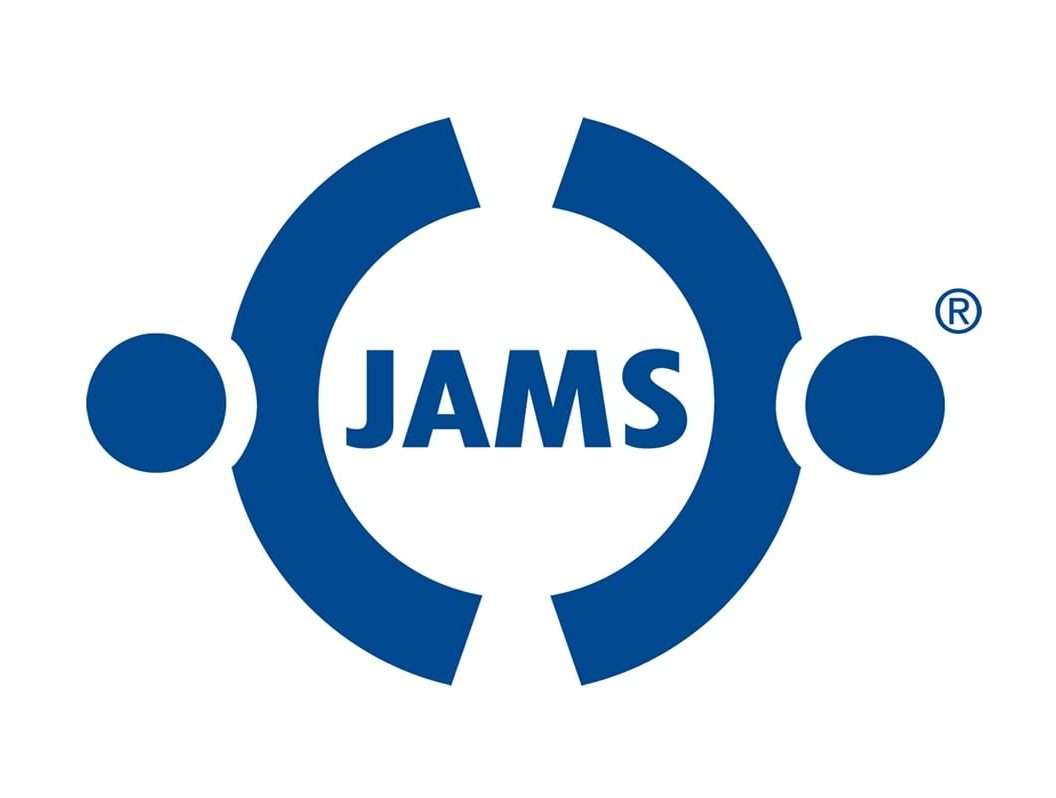 You look down at your new cable TV contract and notice that the last paragraph on the first page says “any disputes between the parties arising out of or relating to this Agreement shall be mediated by JAMS. If the parties are unable to resolve their dispute through mediation, the matter shall be submitted to a single arbitrator for binding arbitration. You know what arbitration and mediation are, having taken a semester of business law in college. But what is JAMS?

The Hon. H. Warren Knight sat as a Municipal Court judge in Orange County California from 1971 to 1973, when he was elevated to the Superior Court bench. During his time as a judge, Knight was keenly aware of the delay in bringing cases to trial. Some cases languished for five years before being tried. (In those days there was no Trial Delay Reduction Act and very little case management effort in the trial court). Some cases took five years to get to trial.

Working with the presiding judge, Judge Knight pioneered Settlement Week, during which all of the time of 12 civil judges and 50 volunteer attorneys was dedicated to resolving hundreds of civil cases.

My own impression of Settlement Week was utter chaos:  people were meditating wherever they could find space, and cases were settling —including one my rich, stubborn client had sworn to take all the way to the Supreme Court.  The program has spread across the country in both state and federal courts.

When Judge Knight left the bench in 1979, he began the Judicial Arbitration and Mediation Service in a friend’s law office. While the company did not officially become JAMS until 1991, lawyers and judges informally referred to it that way well before that date. At that time, the American Arbitration Association (AAA) was the “only game in town” for those interested in private conflict resolution, whether by arbitration or some other means. Since AAA reportedly disliked adding judges to its panel, Judge Knight and his friends changed the game.

Despite early critics and skepticism that anyone would pay expensive rates to acquire what they could get free in tax-supported courts, what started as a solo ADR practice soon grew, as Judge Knight’s friends chose profitable private adjudication over poorly compensated and often frustrating public service. In addition to retired jurists, attorney neutrals also joined the growing practice. Each was an independent contractor, working exclusively with JAMS in return for a share of the neutral’s billings (usually about 25-30 percent, but sometimes as much as half if more work is needed to raise the neutral’s profile and draw in business).

In return, the panelists receive excellent office, hearing and confidence space, training, a case manager, scheduling, billing, collections, and advertising of his or her services.  They also get the cachet of the JAMS name and reputation for excellence and access to the latest technology. Every neutral and every JAMS affiliate is trained to ensure compliance with JAMS standards. New panelists say there is a lot of work to do.

JAMS is an example of the so-called sharing economy, in which individual providers share a platform to present similar services to the public. For modern examples, think of transportation such as Uber and Lyft, or job posting sites like Indeed.

In the early 1990s, investment firm Warburg Pincus acquired a 45 percent stake in JAMS for $15 million, apparently with the intention of selling stock in the company. To boost corporate profits, the portion of neutrals’ fees that went to JAMS was increased to 50%. Panelists rebelled, with some leaving and taking millions of dollars in revenue with them.  In 1999, a group of panelists and managers bought out Warburg Pincus. The firm is still owned and run by panelists on a slim profit margin that allows neutrals to keep (or give away) more of their earnings.

Despite annual revenue of over $200 million, JAMS operates on a single digit profit margin, according to CEO Chris Poole.  Poole says the reason is a culture that values doing good, over making money. And there is no doubt that JAMS does do good, even beyond its own record of resolving conflict. The JAMS Foundation, funded entirely by contributions from neutrals and staff, has given millions in grants to innovative and effective ADR education and collaborative resolution efforts worldwide.  And the JAMS society supports the efforts of staff to volunteer and help others in the communities where they live and work.

JAMS trains its neutrals but is no place for beginners. Significant experience is required to become a panelist. A notable early addition to the JAMS panel was Justice John K. Trotter, former Presiding Justice of the California Court of Appeal, Fourth District, Division Three.  Justice Trotter chose early retirement after only five years to join JAMS in 1987. He continues to practice ADR, having recently been appointed as a Special Master in the federal multi-district litigation concerning unintended acceleration by Toyota automobiles.

More recently, JAMS added Professor Thomas J. Stipanowich, Associate Dean of the Straus Institute for Dispute Resolution and Professor of Law at Pepperdine University. He is a frequent speaker and trainer, a prolific author, and the recipient of many honors and awards for his contributions to ADR.

Stipanowich is a past President and CEO of theInternational Institute for Conflict Prevention & Resolution (CPR Institute). He is a renowned ADR practitioner, especially in the commercial and construction arenas.

Highlighting two neutrals decades apart may make it seem like JAMS is slow-growing. Far from it. These are only two stellar examples of available panelists. In some years JAMS has added more than thirty panelists, each with their own unique success story.

In addition to the ongoing addition of individual panelists to the over 4OO already serving, JAMS has grown by acquiring competitors and forming alliances. In 1981, Harvard Law School graduates Jonathan Marks and Eric D. Green formed ADR firm Endispute on the East Coast.

Marks had been a federal prosecutor, counsel for the Peace Corps and the U.S. International Development Cooperation Agency, and big firm L.A. lawyer with Munger, Tolles, and Olsen.  Green was a professor at Boston University School of Law. Endispute opened several offices, and in 1992 merged with the Bates/Edwards Group, founded by California attorneys Bruce Edwards and John Bates.

Endispute merged with JAMS in 1994, with Marks becoming Vice-Chairman of the merged entity. (Marks and Green separately moved on after several years, but JAMS is still going strong.)  In 2O14, JAMS merged with East Coast law firm ADR Associates, adding to the strength of its panel in Washington DC, New York, and Chicago.

The acquisitions added offices in New York, Washington DC, Chicago, Los Angeles, and San Francisco. JAMS now has 27 US offices across the country.

Many JAMS neutrals are veteran international arbitrators and mediators. JAMS’ international efforts began in 2009 when it formed an alliance with ADR Italy.  It has also formed alliances with Neutrals ADR in Spain, IP ADR in Korea, ADR Partners in Serbia, and the Arab Mediation Centre in Egypt.

JAMS maintains an office in Toronto and one in London, from which it projects itself into the EU, the Middle East, and Africa. Additionally, its panelists are available to resolve disputes in Mexico, the Caribbean, and Latin America.

The Endispute name is being used by ADR providers in Australia and New Zealand. As noted above, JAMS merged with Endispute in the 1990s, JAMS used to be as these JAMS/Endispute. But the individuals now using the Endispute name do not appear to be panelists or affiliates; they are not using the JAMS name or logo.

What does JAMS do for users of ADR?

It may seem ridiculous to ask what JAMS does for its clients. It provides (or rather assists its panelists in providing) ADR services.

But there is more to it than that:

* As a leading ADR provider, JAMS drafts clear arbitration rules for various case types and gathers them together. They are written so a non-attorney can understand them. The rules as written allow minimal discovery and promote efficiency and economy, but are flexible enough to allow tailoring to more complex matters.  They are updated as case law develops. While no doubt the expectation is that JAMS rules will be used by their own panelists, sometimes other rules are specified by disputants, just as other neutrals may use the publicly available rules to resolve disputes.

* JAMS is an arbitration administrator. Its case managers can appropriately administer arbitrations under many different rules. They assure compliance with the format, conflict disclosure, and other requirements, answer questions about panelists, and coordinate hearing dates and other deadlines between the parties and the neutral.

* JAMS provides one-stop shopping for ADR. Trained in all kinds of the resolution, and with the resources to serve clients globally, the JAMS panels are large and diverse enough to allow parties to select a neutral with the necessary expertise to efficiently resolve their dispute without scouring the marketplace.

* JAMS is an educator. It sponsors and co-sponsors dozens of conferences, webinars, and presentations each year, from week-long courses on dispute resolution to brief discussions of substantive topics in areas as diverse as cannabis law, online arbitration, and recent developments in insurance law.

JAMS and The Future

The COVID-19 pandemic has made our future uncertain. Like all of us, JAMS has had to adapt. Most locations have reopened for in-person sessions as of this writing.  But JAMS continues to promote the use of its ODR capabilities. Whether the shift to ODR is permanent or temporary no one knows. It may dilute JAMS’ market advantages by enabling customers to look further afield for just the right neutral, or further extend JAMS’  national and international presence.

Whatever happens, JAMS will remain a platform for highly trained neutrals to pursue success, a leading drafter of arbitration rules, a source of highly skilled arbitration administrators, an educator, a charitable promoter of ADR innovation and local community involvement, a proponent of ODR, and a place where people reach an end to the conflict.