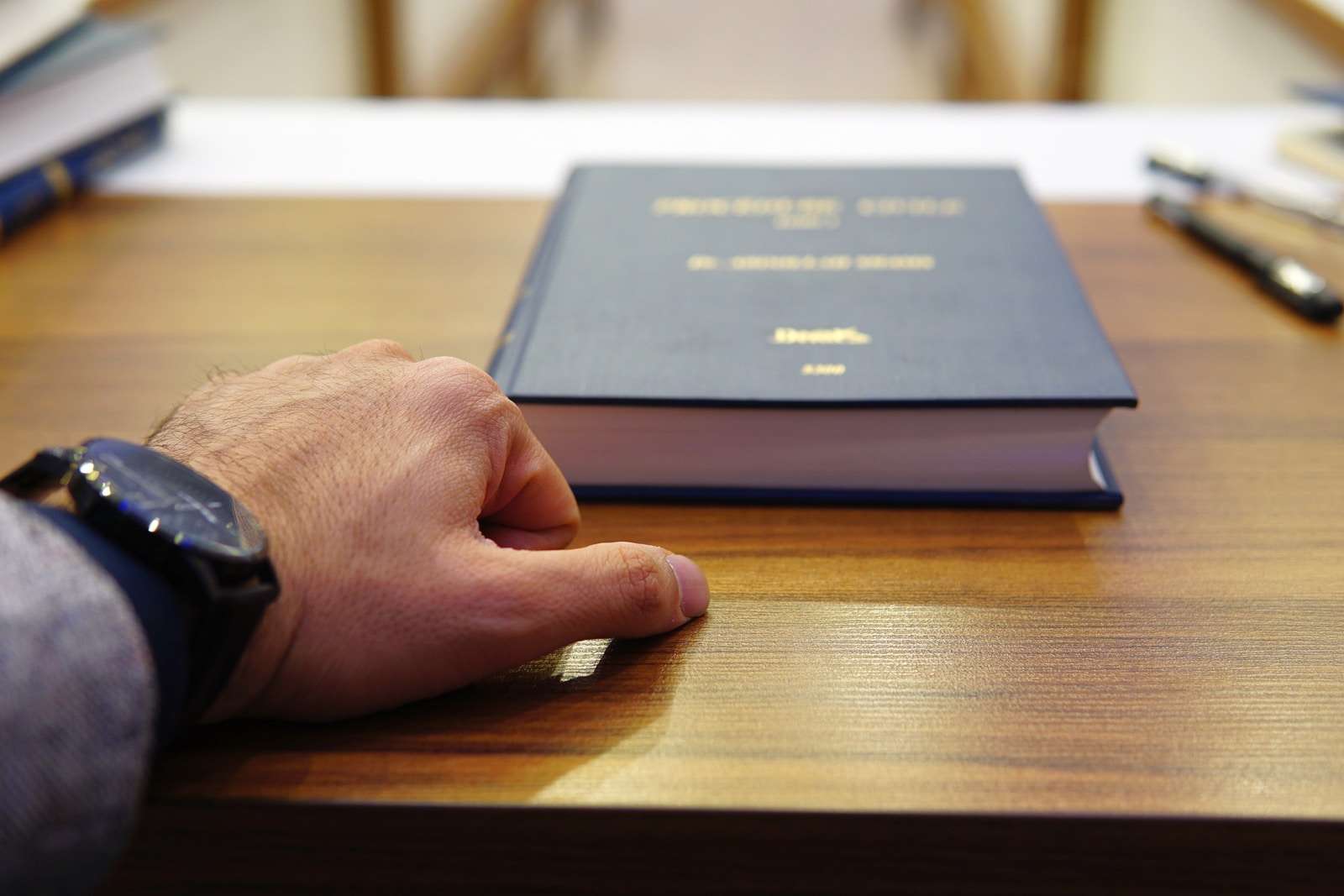 As part of the American Arbitration Association®’s (AAA) continued efforts to keep arbitration efficient and cost-effective, it formalized what had been somewhat common practice by adding an optional “feature” to its case administration.  The Streamlined Three-Arbitrator Panel Option,  which AAA added as an option for Commercial and Construction cases falling under its Large, Complex Case Procedures, provides the advantages of a panel while removing potential hindrances of utilizing three arbitrators.

The nature of the case, the complexities of the issues, and the damages or outcomes being sought are important considerations for the parties in deciding whether to proceed with one or three arbitrators. However, cost and efficiency also play a role in the decision-making process.

In theory, having a three-member panel should not delay an arbitration. In practice, though, the AAA’s research shows that “commercial cases with three-arbitrator panels take, on average, at least three to four months longer to resolve”  and the cost is much higher than when a single arbitrator is handling the dispute.  When these issues are considered, one of the basic goals of arbitration – economic dispute resolution – may be thwarted by having a three-member panel.

Where there is a panel of three arbitrators, absent an objection of a party or another member of the panel, the chairperson of the panel is authorized to resolve any disputes related to the exchange of information or procedural matters without the need to consult the full panel.

The Streamlined Panel Option allows parties to both save money and reduce the delays that may result from having three arbitrators.

In cases where a panel of three arbitrators is required, such as by the parties’ contract or AAA’s rules, the parties can mutually agree to use the Streamlined Panel Option, which allows them to move through the pre-hearing stages of the case working with a single arbitrator. The full panel would then participate in the evidentiary hearing and render the final award, absent party agreement to proceed with the single arbitrator.

Parties electing this process will have a single arbitrator managing the early stages of the case, deciding issues related to the exchange of information, and resolving other procedural matters without incurring the costs associated with involving the entire panel. The AAA has found that a three-arbitrator panel can cost five times as much as a single arbitrator – not three times as much, like many assume. By maximizing the use of a single arbitrator, the parties will be able to capitalize on cost savings while still preserving their right to have the case ultimately decided by a panel of three arbitrators.

Although parties are free to modify the process as they choose, AAA presents two options within the overall Streamlined Panel Option.

Under Option 1, the entire panel is selected and appointed pursuant to the applicable rules or the parties’ contract. The chairperson then serves as the sole arbitrator managing the preliminary and exchange of information (discovery) stages of the case.  The remaining (wing) arbitrators are placed in an inactive status on the case with the expectation that they will become active and participate only in the evidentiary hearing and in making the final award.

As part of the preliminary scheduling order, the parties and chairperson will agree on what process, if any, will be used to keep the two wing arbitrators informed about the case and any issues resolved. This could take the form of periodic updates that are shared with the wing arbitrators as the case progresses or are summarized in a section of each party’s prehearing brief. Unless the parties mutually agree to proceed with the Single Arbitrator Alternative (see below), the wing arbitrators must be notified by the chairperson regarding their active status on the case no later than 30 days prior to the evidentiary hearing.

The wing arbitrators are expected to keep their disclosure statements up to date even while they are inactive.

In cases that proceed under Option 1, typically the wing arbitrators either participate in the preliminary hearing (for purposes of scheduling, in particular, the evidentiary hearing), or they are consulted regarding their availability for any case-related events before the chairperson finalizes the scheduling order.

Finally, within Option 1, the parties are also free to agree that the chairperson continues to hear and decide the case, and render the final award, as the sole arbitrator. In that scenario, the two wing arbitrators submit their final invoices, are thanked for their service and are excused from the case.

Under Option 2, during the usual arbitrator selection phase of the case, the parties will select and appoint a single arbitrator. That arbitrator will manage the preliminary and exchange of information (discovery) stages of the case as a sole arbitrator, including deciding any dispositive motions.

At least 60 days before the evidentiary hearing, the parties would work with the AAA to appoint the two wing arbitrators to the panel. The original arbitrator will serve as the panel’s chairperson.

During the preliminary hearing, and reflected in the scheduling order, the parties and chairperson will agree on what process, if any, will be used to provide a case summary for the wing arbitrators before the evidentiary hearing. As with Option 1, this could be covered in each party’s pre-hearing brief, or the parties or chairperson could prepare a separate summary for the wing arbitrators.

When selecting this option, the parties will need to consider that it may be difficult to find arbitrators who can (a) clear conflicts and (b) have the requisite hearing availability. Therefore, the 60-day timeframe is often advanced in order to address these challenges.

With Option 2, as with Option 1, the parties can agree that the original arbitrator continues to hear and decide the case and render the final award as a single arbitrator. If the parties agree to proceed with the one arbitrator, they would not need to appoint the two additional arbitrators.

A party may withdraw, in writing, their consent to the Streamlined Three-Arbitrator Panel Option at any time during the case. When a party invokes this opt-out provision, in cases following Option 1, the wing arbitrators will immediately be made active and will participate in any future proceedings for the case; and in cases following Option 2, the AAA will work with the parties to promptly appoint the remaining arbitrators. During this time, the chairperson will cease any activity on the case until the full panel is constituted. One exception is if a dispositive motion has been argued or briefed before the single arbitrator.  That sole arbitrator will decide the dispositive motion prior to the wing arbitrators’ being made active or the full panel is constituted.

Perhaps the most important consideration is cost savings.  First, as we all know, time is money.  The longer a case takes to resolve, the more likely it is for the damages to increase or for the parties’ relationship to be further affected by the dispute. Additionally, under the Streamlined Panel Option, the parties are usually paying for only the chairperson’s time during the pre-hearing phase. Because the wing arbitrators are not actively involved at that stage, they incur little or no time, thus saving the parties money. As an example, the median arbitrator compensation for million-dollar cases awarded in 2018-2020 that used a full panel was $157,903. By comparison, the median arbitrator compensation in those cases utilizing the Streamlined Panel Option was $62,113. That is a savings of $95,790 or 61%!

Another benefit to utilizing a streamlined panel is efficiency. Juggling multiple calendars, especially when arbitrators have active practices, can create an administrative obstacle to finding availability for case events such as teleconferences, videoconferences, or hearings. Some issues are time-sensitive and need to be addressed promptly. Waiting a week or more to get in front of the full panel may not be a desirable option. Under the Streamlined Panel Option, however, scheduling is significantly less problematic. While there has been a small improvement in the timeline of the arbitration, we expect that as more parties become familiar with the process and implement it more often, the time to award will continue to decline.

Finally, it bears repeating that the parties still receive the benefit of a full panel decision, as all three arbitrators are involved during the evidentiary hearing and award stages of the case.

The AAA formally introduced the Streamlined Three-Arbitrator Panel Option four years ago, and we anticipate the parties’ use of this option to increase. Of our million-dollar business-to-business cases awarded in 2018-2020, 15 of them implemented the Streamlined Panel Option. Considering the number of cases using three-arbitrator panels, the increased costs associated with having a full panel address all issues arising throughout a case, and where most efforts are spent during the arbitration (before the final hearing), electing to use the Streamlined Panel Option may be an optimal decision for parties.

4 https://go.adr.org/rs/294-SFS-516/images/AAA252_Parties_and_Their_Counsel_Make_Commercial_Arbitration_More_Efficient_Less_Expensive.pdf  (“Discovery disputes happened often, however, with arbitrators ruling on discovery disagreements (whether brought by written motion or orally) in about 70% of the cases.”)

6 For cases where each party has directly appointed a neutral arbitrator, the chairperson will be the third arbitrator selected by the two-party arbitrators. In all other cases, the parties may mutually agree on the chairperson. If there is no mutual agreement, then the AAA will appoint the chairperson.

7 In practice, it is the AAA that, upon confirmation from the parties that they wish to proceed with a full panel instead of a single arbitrator, notifies the wings of their active status. It is also likely that this notification happens earlier than 30 days before the hearing, depending on the case schedule.

8 Based on internal comparison of AAA commercial, domestic cases with claims involving at least $1 million and awarded in 2018-2020.

9 Streamlined Panel cases were resolved 10 days quicker than cases employing all three arbitrators in the pre-hearing phase, based on internal comparison of AAA commercial, domestic cases with claims involving at least $1 million and awarded in 2018-2020.

10 Based on internal comparison of AAA commercial, domestic cases with claims involving at least $1 million and awarded in 2018-2020.

13 https://go.adr.org/rs/294-SFS-516/images/AAA251_Arbitrator_Case_Evaluation_Survey_Findings.pdf (Discovery and dispositive motions were the most common form of motion practice, present in over 50% of the cases) 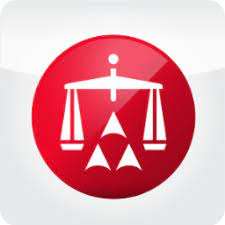 Latest posts by AAA (see all)