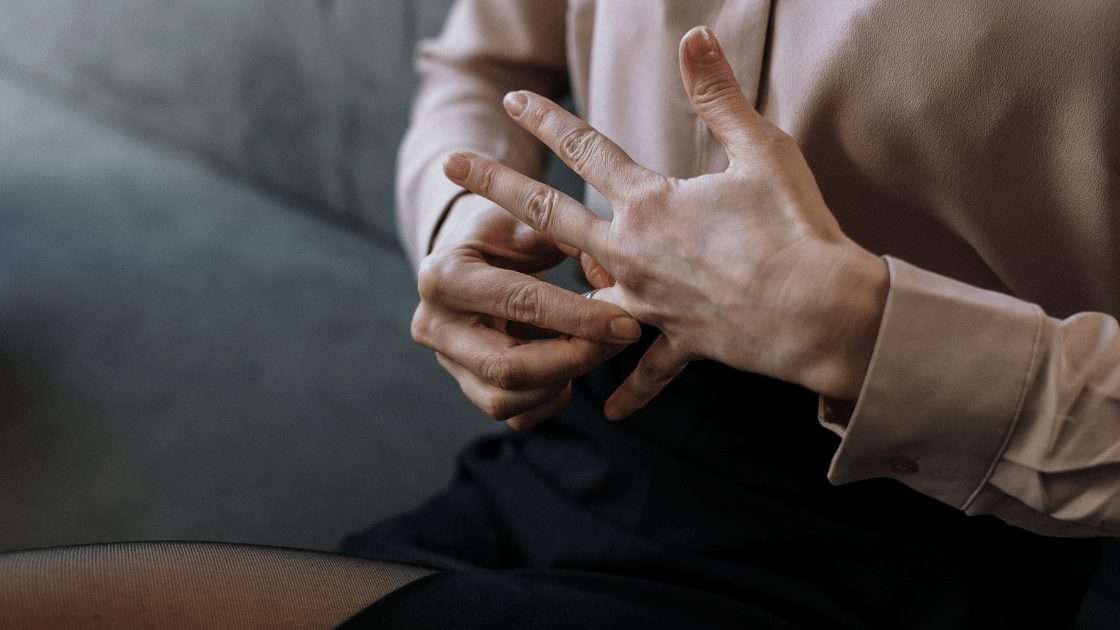 Navigating a divorce can be intimidating, especially if the couple is hoping to get divorced without court.  When you remove the oversight of a court case from a divorce, it can feel overwhelming to determine how and when things will be completed.  Some many considerations and decisions need to be made by two people that are often at odds with each other and sometimes directly opposed and angry with each other.  Finding common ground without a judicial determination can be difficult, especially when many of the decisions involve emotional issues such as child custody and financial obligations.  However, many couples can get divorced without court and have successfully separated their lives while caring for their children and each other.  Even couples that are unable to agree on anything can get divorced without public court appearances and battles through determinative processes that keep them out of traditional courtrooms.  Divorce does not need to be a drawn-out court battle, and this article will explore options to avoid litigation for a divorcing couple.

This article will begin with the basics of divorce, including a definition and the grounds for divorce that are available to use.  Next, it will walk through a list of decisions that will need to be made to hit all aspects of the couple’s joint life.  This will ensure that any divorce will cover all the bases and help the couple move forward separately. After this, the article will walk through some of the various options available, starting with an explanation of a traditional, litigated divorce and moving thought ideas such as mediation, collaboration, or arbitration. With each option, this article will explore certain situations where the option may be appropriate, and others where another option may be better.  This article seeks to provide an overview of the process and some of the options for divorce to help people looking to get divorced find an option that will work for them and their situation.

Divorce is the process by which a married couple legally separates from one another. Because marriage is a legally binding ceremony and has many tax, financial, and familial obligations, there must also be a legal way to dissolve the marriage.  While this definition makes the process sound easy, many aspects and decisions need to be made throughout the divorce, and the process can be difficult for couples to navigate.  It is much more than a simple ceremony where the marriage is declared dissolved and often involves many months of negotiation, evidence, and decisions.  Divorce is not approached lightly, and the parties have often considered other possibilities before jumping in.

Another important consideration when considering divorce is the grounds for divorce. Historically, many states required that the person filing for divorce had grounds to file, which meant that there had to be a specific and identifiable reason that it should be granted.  While today it is still commonly accepted that a divorce may only result from a legal ground, there are legal grounds for divorce that do not include one of the parties being at fault.  Because of this, there are two categories for grounds—fault and no-fault grounds for divorce.  A divorce based on a fault ground means that one of the parties is claiming that the other parties harmed the marriage by their actions in some way.  No-fault divorces are often carried out by parties who have decided that they are no longer capable of being married and would like to split.  These can be brought by one party or may be brought by both parties together.  Some of the most common grounds for divorce include:

While several other grounds could be listed, these three are the most common options for people looking at a divorce.

When a person is bringing a divorce action, they will need to determine if they will pursue an at-fault divorce or if they would like to pursue an at-fault divorce against their partner.  There are diffident circumstances where either option would be appropriate.  However, at-fault divorces, while they may give the faultless party more recovery from the divorce, require the parties to prove the fault, which can mean longer proceedings and more complicated decisions.  Additionally, it is often more difficult to prove in proceedings without court.  For this reason, it is probably a better option for parties looking to avoid court to proceed with a no-fault divorce.

As alluded to earlier, the process of divorce is not simply the dissolution of the marriage without any other determinations.  Especially if the parties have children, there are a variety of other issues that will need to be decided before the couple can be officially divorced.  Some of the decisions that couples will need to make include:

These are the higher-level issues that will need to be decided to avoid a court date for the divorce.  Other considerations may be things like changing the last name back to a previous name or orders for protection in cases of abuse.  Cases with abuse will likely not resolve without court, which is why this article is not focusing too heavily on these instances.

Before getting into the options for avoiding court, it is important to have a basic understanding of the traditional process of divorce to help compare the other experiences with a traditionally litigated divorce.  It is also important to note that traditional litigation can involve other options, especially mediation, to determine some portions of the final decision.  Traditional litigation is not often only litigation.  Litigation benefits from the involvement of the other systems and can make a divorce finalized faster when the parties have been able to agree on aspects of the divorce.

Litigated divorce follows a few steps to make the divorce final.  These steps include:

While each divorce will have its path to determine the outcome, a traditionally litigated divorce will follow the steps above for the most part.

Traditional divorce can be the best option in several situations.  First, if there is abuse in the relationship, litigation is likely the best option, as it is the best way to get protective orders against the other spouse.  Alternative options do not have the same ability or force to grant protective orders.  It can also be valuable if one of the parties does not want to be divorced because it allows the other party to compel the dissolution between the parties.  All other options will require at least agreement to participate in the process.  Finally, traditional litigation may be the best option when one of the parties has unrealistic expectations.  The formal discovery process may help to illustrate the realistic outcome of the divorce, which may make that party more amenable to the process or even the dispute resolution process with more realistic expectations.

Mediation is the most common form of alternative dispute resolution for divorce.  It provides a space for the parties to come together and attempt to create a plan for their lives moving forward that is doable for the two of them and their children.  Mediation, in its most basic form, is a type of formal negotiation session that is run by a third party called a mediator.  It is a collaborative process, and the parties work together with the mediator to attempt to negotiate a resolution.  This process is voluntary and nondeterminative, meaning that the parties will need to agree on both the process and the resolution to conclude the case at mediation.  The process is also confidential, meaning that the parties and the mediator are not allowed to speak about what happens in mediation outside of the room.

Divorce mediation will often go through several stages.  While each mediation will be unique and based heavily on the needs of the parties and their dispute, but they will often move through most of the following steps:

Mediation is often a good option for the parties in a divorce because it gives them the option to attempt to collaborate and resolve the divorce.  It can be particularly good for parties that have already had some discussion about settling but need the extra push that a mediator can create.  Finally, mediation is a good option for parties would believe they can reach an agreement and would like to resolve the divorce quickly.  Mediation can also be helpful because it encourages the parties to work together to achieve a resolution, so many of the parties can keep a somewhat cordial relationship because they were able to create the plan together.

A collaborative divorce is a great option for parties that would like to resolve their divorce without facing litigation. The financial motivation of losing a team can help even the most difficult of parties work with the other party.  The attorneys are also able to provide an accurate picture of what could happen at litigation to help temper overzealous or overconfident parties, which a mediator usually cannot do.  Therefore, collaborative divorce can be a good option for instances where one of the parties has unrealistic expectations or where the parties need to understand the implications of their decisions in the long term.

Arbitration is another option for couples looking to avoid court in their divorces.  Like mediation and collaboration, the process is voluntary, meaning that the parties have to agree to participate in the process. However, unlike mediation and collaboration, arbitration produces a binding decision that the parties must follow. Arbitration is determined by an arbitrator, a neutral, third-party decisionmaker, and it can be a single arbitrator or a panel of multiple arbitrators.  Arbitration is also a more formal process and requires the parties to present their case to the panel.  The arbitration will often include the following steps, which will look more similar to litigation than other forms of alternative dispute resolution.

Unlike litigation, arbitration has little ability to appeal the result unless there was an issue with the arbitrator’s neutrality that affected the outcome.  For this reason, the parties should be cautious of agreeing to arbitration if they believe it could produce a poor result.  However, arbitration is a great option for parties who will be unable to settle but need the speed or convivence of arbitration.  Additionally, arbitration is confidential, so parties that need to keep their divorce out of the public eye may benefit from using the arbitration process.

No matter what method that the parties choose to finalize their divorce, the best option will help them achieve a result that can benefit the parties and provide for their children adequately.  Divorcing parties can find a way to separate without court, and the alternative dispute resolution world can help the parties move forward with their lives.