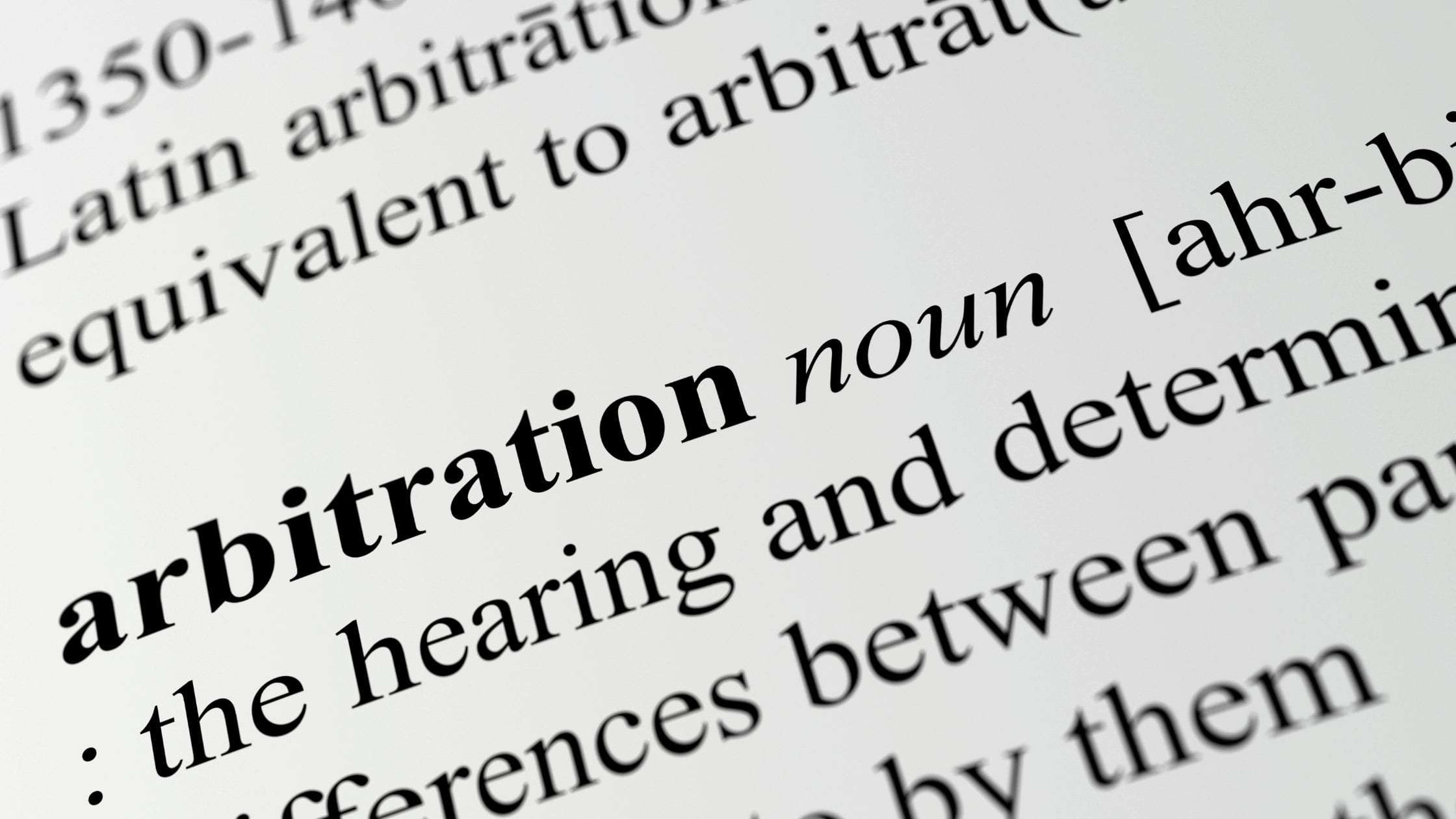 The arbitration process can be very beneficial, but how much will arbitration costs be? Beginning in the latter part of the 20th century, Americans sought relief from costly and time-consuming litigation, with Fortune 1000 companies leading the way. Civil litigation was a rich person’s game that even rich people didn’t want to play.

In response, Fortune 1000 companies increased the use of alternative dispute resolution, particularly arbitration and mediation. Proponents praised ADR’s self-determination, economic confidentiality, speed, and the preservation of relationships. The most recent survey of Fortune 1000 companies found that 83% used arbitration within the last three years.  It’s also an accepted part of consumers’ daily lives. Between 35% and 70% of consumers, contracts contain mandatory arbitration provisions.

While widely accepted, the perception of arbitration as the economic alternative to litigation is not unanimous. A survey of corporate counsel found that 51% considered arbitration to be more expensive than litigation; another survey put the number at 39%, which is still quite significant.  So who is right? Is Arbitration more or less expensive than litigation? Is it an advantage for you, or will the cost outweigh the benefits? Let’s take a look.

There are many elements of cost in arbitration. The easiest way to review all of them is to consider the process that exIsts in two arbitral institutions with worldwide operations: JAMS and the American Arbitration Association (AAA).  Both are highly successful, full-service organizations.  It is certainly possible to arbitrate more cheaply with an unaffiliated neutral, such as a senior attorney in private practice.  But such a person is not likely to offer the full range of support available from a large provider of arbitration services.

Filing fees for court cases are usually just a few hundred dollars per party and can be waived in cases of financial hardship.  They are usually the same regardless of the type of case brought.  In contrast, filing arbitration fees can be quite substantial and vary by type of case and amount of controversy.

In California (and perhaps elsewhere) arbitration providers’ filing and hearing fees are statutorily waived on the same showing required in court. An arbitrator’s compensation is not waived.

In contrast, arbitration provider JAMS uses a much simpler model, charging a $1750 filing fee for two-party cases, $3000 for three or more parties, $1750 for Counterclaims, and an administration surcharge of 12% of the arbitrator’s professional fees. JAMS reserves the right to charge extra for additional services but does not mention what the charges might be.

In the employment arbitration context, the fees are much lower. An employee who brings a claim must pay $300 as a filing fee, with the employer paying $1900.

Situations in which twenty-five or more similar claims are brought by or against the same party, represented by the same or coordinated attorneys are subject to a special fee schedule, as are class-wide arbitrations.

JAMS employment arbitration proceeds on the same fee schedule as other claim types, except that an employee subject to a mandatory pre-dispute arbitration clause needs only pay $400.

JAMS deals with labor arbitration as with any pre-dispute employment arbitration (with the agreement contained in the collective bargaining agreements). But the AAA has specific rules for grievance arbitration. The rules specify an initial administrative fee of $275 per party, or $150 if expedited rules are used by agreement.

The AAA will provide a “list only” service for $75 per party, or a list with appointments for $100.  A case decided on documents only for $650 per party including arbitrator fees, and a determination of up to three simple grievances in a single day of hearings with summary opinions for $750 per party including arbitration fees in its Rapid Response program. These initiatives fit well with the need for labor disputes to be quickly resolved so work can continue.

Consumer arbitration clauses in adhesion contracts have been heavily criticized as too expensive for the consumer and containing unfair provisions. But the US Supreme Court has upheld its use. Both the AAA and JAMS have addressed the concerns by special consumer arbitration rules.

Regardless of the type of hearing, consumers pay a $200 filing fee for cases they initiate. They pay nothing if the business files the claim, but may elect, post-dispute, to share fees and expenses if they think it advisable.

Other fees apply if there are multiple consumers involved, depending on the number.

JAMS charges a claiming individual a $250 filing fee, but nothing if the business made the claim. The business then bears all costs and fees. Filing fees for two-party cases are $1750 and for multiple parties $3000, with a 12% surcharge on Professional fees to cover case administration.

Fees will be different with independent arbitrators, different rules, or other providers. But the above review should give you a general idea of the costs charged by large arbitration providers.

When do I need three arbitrators?

General practice is to use only one arbitrator. If three are used, fees will be much higher and the process will take longer.  Three arbitrators should only be used when the arbitration agreement requires it or when the stakes are high. Three arbitrators do reduce the likelihood of serious errors or a “runaway” award, and so are appropriate in high-risk situations.

How much do arbitrators and mediators charge?

Trained full-time arbitrators are experts in their field. They are senior lawyers, retired judges, or even retired appellate court judges. They may be experts of another type. They must not only have the combination of experience and expertise to understand complex multi-issue disputes in a variety of fields, and probably in a number of jurisdictions as well. While theoretically, a beginning lawyer charging bargain rates could serve as an arbitrator, arbitration Consumers are likely to look at bargain rates as an indication of inexperience and incompetence. Currently, surveys show that arbitrators charge between $375 and $1125 an hour, with the midpoint being around $600. At least one arbitrator charges $15,000 per day, or almost $2000 an hour.

Mediation is a part of various arbitration procedures, either by design in hybrid processes or because looming heating dates energize settlement efforts.

Many arbitrators also serve as mediators and can be expected to charge the same rates for their time.  But mediation is somewhat easier to break into than arbitration and the rates are lower at the extremes. Rates vary between $300 and $825 an hour. Top mediators can change over $12,000 per day, shared between the parties.

Technically, you don’t need a lawyer to participate in the arbitration. But realistically you do.  Arbitration is no longer only between merchants and sorely concerned with the kind of quality of goods, and the custom and usage in the trade. Arbitration has grown into a private contractual substitute for a bloated, inefficient, and mostly failed court system.

Arbitration is “the new litigation”, presided over mostly by lawyers and retired judges, and argued by lawyers.  Studies of final offer arbitration show that claimants with lawyers win more often than those without. Arbitrators generally expect legal reasoning, legal arguments, and legal proof. In the end, for all its informality, arbitration is an adjudicative process where lawyers confer a distinct advantage.

How much your lawyer charges per hour depends on his or her background, experience, expertise, the size and reputation of his or her firm, and the local market for legal services. The most expensive, largest firms in New York City and Washington D.C. have both partners and associates bill at well over $1000 per hour. But that is not representative.

The fifty largest law firms report partner billing rates of $575 an hour and $400 for associates. City lawyers at smaller firms billed at $300-$350 per hour, while rural lawyers billed hundred dollars to $200 an hour. What lawyer you need will depend on the details of your case.

Many will work out flat fees or contingency arrangements with you.  If your opponent is using a really big, expensive firm and the loser pays the winner’s fees, you will have to factor that into your settlement decisions. Who pays for the arbitrator and the lawyers can make the difference between a big win and bankruptcy.

The cost of discovery

As it was originally intended, arbitration had no discovery and no time-consuming law and motion work. Thus, it was much cheaper than litigation. Research shows that discovery accounts for 50% of the cost of litigation, for very little return. Only 1 in 1000 pages of document discovery ends up as a trial exhibit. The modern discovery process is a very expensive and mostly unsuccessful fishing trip.  But fears of missing that one vital piece of evidence that will result in a huge win drive litigants to keep fishing, most recently in the vast oceans of electronic discovery.

As Professor Tom Stipanowich noted a dozen years ago, arbitration is becoming judicialized. Lawyers are agreeing to expand discovery and related motion practice so that arbitration looks like litigation. One deposition can add thousands or tens of thousands of dollars to the cost of arbitration. Allow fifteen depositions and the time and money invested skyrocket. And what’s true for depositions is equally true for other types of discovery. Some cases result in warehouses full of documents, each of which lawyers will review.

Arbitration rules generally limit discovery to carefully chosen, directly related inquiries. If you as a client allow your attorney to import litigation discovery practice wholesale into your arbitration, you are robbing yourself of the time and money savings that make arbitration affordable. If saving money is important to you, be sure your lawyer knows that while you understand some discovery is needed, you want to preserve the cost and time savings for which arbitration is famous.

No one can tell you exactly what your arbitration will cost. It depends on the choices you make to preserve arbitration’s economy and speed. The discussion above should help you and your lawyer intelligently discuss elements of arbitration cost.