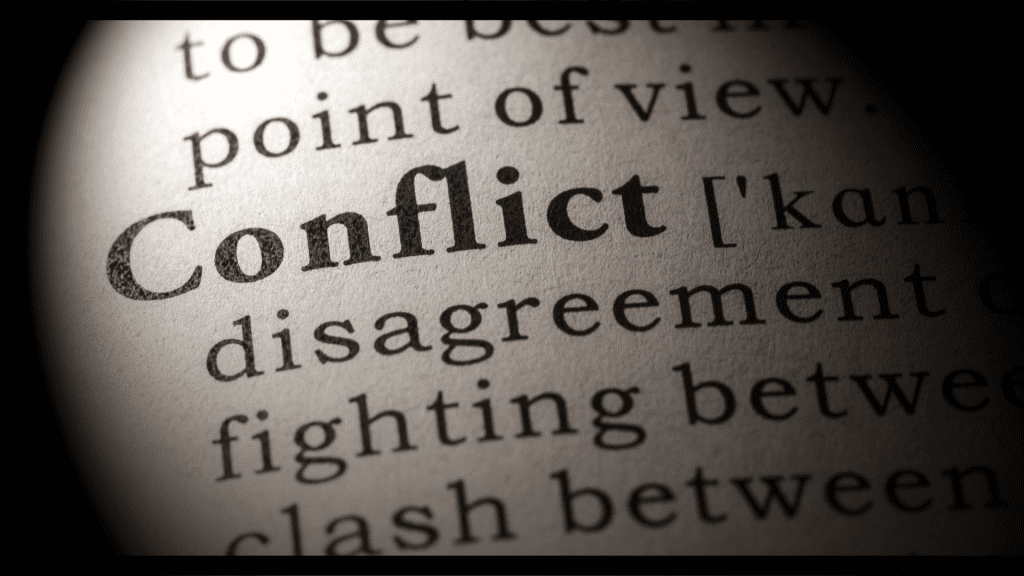 Many of us try and avoid conflict at all costs. This can include changing our actions and statements to avoid causing conflict. However, conflict is an inevitable part of life, and even the most vigilant of conflict-avoiders will run into a conflict of some kind. For most, the conflict that arises will be situational, or conflict from the situations that a person is in at the moment.

Additionally, it will outline some strategies that can be used to resolve conflict and how to identify which strategy to use for a given conflict. This article aims to encourage readers not to run away from conflict, but to embrace the positive changes that can be made when conflict is resolved.

What is Situational Conflict, and How Can it be Resolved?

Bringing these concepts into the world, situational conflict is the conflict that exists outside of a person, often between two or more people. To better understand this, it is also important to understand the term conflict. Conflict is a difficult term to define because there will often be as many different definitions for the term in a room as there are people.

Some people will say that a disagreement begins as a dispute and the longer it continues, it turns into a conflict, while others will argue that a disagreement begins as a conflict and turns into a dispute. Regardless, conflict results when two more people do not see eye to eye on the issues related to the project, task, or decision that they are making together.

Once conflict arises and is identified, it is important to acknowledge it and take active steps to mitigate and resolve the conflict. Left alone, conflict can destroy partnerships, teams, and relationships. Therefore, it is important to consider some strategies that may help alleviate the conflict that has arisen between the parties. However, this process does take the commitment of all of the parties involved.

If just one party is trying to resolve the conflict on their own, they will likely become frustrated and not have much success with the task. But once all the parties are ready to work together to solve the conflict, they can try any or all of the following steps.

Resolving conflict is a process that can take time and energy from the people involved; however, it is beneficial for all when the disagreement can be put in the past and the parties can work together moving forward. And if the conflict is addressed early, it is more likely that it will be resolved effectively and quickly.

Which Conflict Management Strategy is Likely to be Effective?

In addition to having a process for resolving conflict, there is also the concept of conflict resolution strategies. These are the ways that people view conflict and their role in resolving it.

Choosing which strategy to use can rely on several factors and the dispute itself. Some common considerations that should be made include time, importance, relationship, and power.

Understanding how and why to use each strategy can be incredibly beneficial to anyone looking to resolve a dispute.

Conflict is a part of life, but this article has outlined how to better understand and approach conflict in ways that make it manageable and allow everyone to reach a resolution that they can agree on. Situational conflict can arise from a variety of sources, but it will always be the result of external forces acting with and against a person.

To resolve conflict, a person must take the necessary steps to determine the source and needs of each person and fulfill those needs. When resolving conflict, there are several styles that a party may use to ensure that they are fighting for the best position for themselves and others if necessary, and each style will have its place.

Conflict may be a part of life, but it does not have to be a dreaded part of life. By implementing these techniques, it is possible to master conflict.