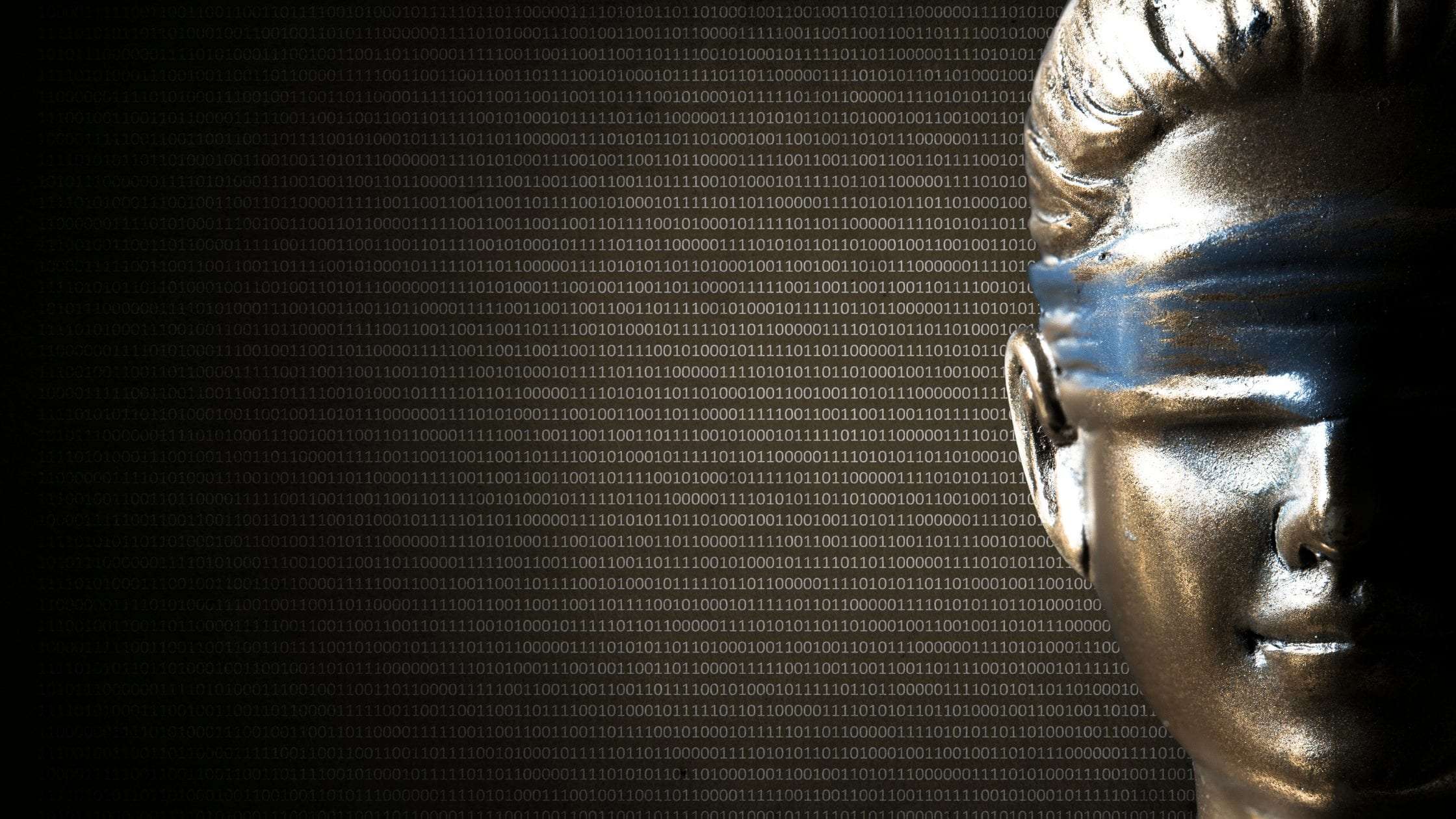 Justice and fairness are words that have found their way to the front of our minds this year in the United States.  The country has been facing increased calls for justice and fairness for all Americans, regardless of the color of their skin or other characteristics.  As the year has continued, many people have had to shift their idea of what justice and fairness mean as we have watched and become more aware of the injustices that large portions of Americans face.  The terms tend to be discussed as a pair, and rarely will a discussion of one happen without a mention of the other even if the intention is to keep them separate.  This is because these two terms are so bound up in one another that their definitions include discussions of the other and usually with other terms like equality and equity. An understanding of these terms is important for daily life and equity work.

Defining the terms justice and fairness is important to accomplish from the outset to ensure that everyone is working from the same starting place for the rest of the discussion of the terms.  Both terms have a variety of definitions and mean different things to different people.  Because of this, the discussion of the definitions will include a variety of meanings and characteristics attached to each term before seeking to create a working

Fairness: definition of the term to use during the discussion in the rest of the article.

Fairness is often described as a way of evaluating people or situations that are free from bias.  It means that each person within a group has an equal opportunity to benefit.  For example, if someone offers a reward for completing a task, it is fair if everyone has equal ability and time to complete the task and therefore earns the reward.  It is not fair if the reward is only offered based on a person’s characteristics or the person offering the reward’s opinion of them.   Fairness seeks to establish an equitable way of dealing with decisions that affect others.  It seeks to give other people equity without placing any bias on the situation or using one’s own experiences to influence the situation.

And yet each person’s standard of fairness is influenced by their own experiences and how they would hope other people would treat them. Our sense of fairness is often offended when we feel as if someone has treated us unlike how we would have treated them.  What seems fair to one person may not be fair to another.  At the same time, fairness also requires an understanding of the experiences of others.  What would seem fair from an objective point of view may not always be fair for each person.  For example, the same time to complete a task may not be fair if different people are using different tools or have different experience levels.  And there will likely always be someone that finds a decision unfair.

There are also two types of fairness in the world.  These are:

The court systems have developed a system of fairness and criteria for evaluating the fairness of a procedure.  These criteria are:

Fairness requires that we treat people equally based on their experience and ability in essentially similar situations.  It requires the removal of inappropriate criteria and avoidance of favoritism and prejudice.  It also requires that we do not take advantage of people’s mistakes or lack of knowledge and correct unfairness personally and institutionally as quickly as possible. Taking all of this together, a working definition of fairness would be that fairness is a decision-making process that sets aside bias and personal experience to create a solution that gives each person an equal opportunity to achieve a goal.

Many human beings will define social justice as a way to live a fair life.  Others will say that justice is the way that humanity agrees is the morally correct way to live.  It is a moral and political concept that encompasses what the broader social structure has determined is right and good.  Justice can also mean that each person receives what they deserve.  Justice is often defined as a standard that people are held to, whether willingly or unwillingly.  Once the standard is identified, each person should be given what they deserve based on that standard.

However, because people will have different ideas of what the standard of rightness is and what everyone deserves, justice is not a concrete term and standard that can be applied across the board.  Justice will often shift and change as the situation that which it is being applied changes.  However, Aristotle sought to define justice despite these issues by asserting that “equals should be treated equally and unequally.”  But even this definition fails in the world because people often assign characteristics to people to make them unequal, even though they would typically be considered equal aside from these assigned characteristics.  Some of these differences are deemed appropriate because they contribute to one’s own or another’s wellbeing—such as someone putting on their mask in an airplane before they help another.  Yet others are arbitrarily assigned by others as they moved through life.  When society uses these arbitrary criteria, this is considered discrimination and the world sees it as unjust.

The definition of justice also includes a variety of types of justice that are encompassed in the term.   Evaluating these types can bring a wider understanding of the overall idea of justice and how it applies.  These types include:

Justice is a broad and encompassing term that seeks to be the standard for which the world applies the concept of fairness to different topics and ideas.  It is the standard for which political and legal systems seek to achieve a fair and equitable result.  Additionally, justice can take on many forms and finds itself used in a variety of ways.  Therefore, for a working definition, justice is the way in which political, ethical, and legal systems seek to apply the factors of equity and fairness to the world to give people what they are due.

The Relationship Between Justice and Fairness:

Justice and fairness are often used together because the terms are related; however, some important differences need to be addressed to find the relationship between the two concepts.  As mentioned in their respective definitions, justice is often identified as the standard of rightness that people are held to, and fairness is a way of relating to and evaluating others without placing bias or feelings over that evaluation.  Justice is used as a measure of people in the world, while fairness measures people for their ability without using our experiences to view them.  Fairness is attached to concrete and specific characters, while justice is often discussed in abstract principles.  Yet these two different terms play a large role in the pursuit of equity and equality, both within the alternative disputer resolution field and outside.  And the intersection of justice and fairness illustrates a larger point and goal in the pursuit of equity.

Because people have different experiences, beliefs, and values, everyone’s definition of the standard of justice and fairness will look different.  How deal with the world and resources will often cause people to evaluate what is fair, just, and equitable.  Calling back to Aristotle’s definition of justice, justice and fairness also require that we treat unequal people unequally.  This can often feel unfair on the surface, especially to people who see other people receiving more help to achieve a goal.  However, fairness does not mean that all people receive the same tools, it means that all the people receive the tools that they need to have the same ability to complete a task.

John Rawls and “Justice as Fairness”:

In 1985, the philosopher John Rawls discussed the relationship between justice and fairness in his essay “Justice as Fairness.”  In this essay, Rawls describes justice by breaking it into two principles: (1) liberty and (2) equality.  The principle of equality is further divided into fair equality of opportunity and the difference principle.  Together, these principles form a comprehensive idea of justice and are intended to be applied together.  Applying these principles will help to ensure that people who hold the least amount of privilege in a situation are not left out or left behind.  However, these principles may conflict, so the principles, as discussed below, are listed in order of importance to ensure justice.

Rawls would go on to update this theory in a later book, but the basic principles remained the same.  That justice may only be achieved through the practice of basic liberties, fair equality of opportunity, and that inequalities should benefit the least-advantaged in society.  Rawls’s concept of justice is intertwined with his idea of fairness.  He believed that the only way to achieve true justice was to remove inequalities that benefit those that are already ahead and to take the opportunity available to all.

Most forms of dispute resolution involve similar features and characteristics that set them apart from litigation.  These principles can bring justice and fairness or can hinder it.

These characteristics, along with others, allow the process to move quickly and efficiently as needed to create a solution outside of court.  However, if not adequately assessed, there may be issues with the parties not achieving a fully just and fair result.

Areas for Improvement in Types of Alternative Dispute Resolution:

There are areas that which the types of alternative dispute resolution create justice and fairness well, and other areas that could be improved upon.

Justice and fairness are related but distinct terms that refer to the moral and ethical code that refer to the ways that people interact in the world.  Fairness is the ability to apply principles in a way that removes bias and helps create an equal playing field for everyone, even if that means giving different people different tools to set them up equally.  Justice is the standard and basis for implementing and distributing resources to people.  There are differences between the two, but they are also related in practice.  They are also important considerations for alternative dispute resolution work and should be at the forefront of a dispute resolution practitioner’s mind as they navigate the process.  We cannot achieve equity and equality without a focus on justice and fairness, so the work of identifying and creating fairness and justice brings healing and equity to our lives.